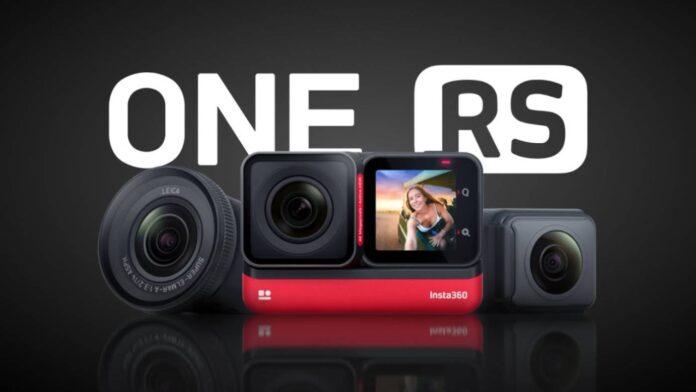 Insta360 has announced a new action camera, the Insta360 ONE RS. The new camera has interchangeable lenses, which means you can transform it from a traditional action camera into a 360 camera.

The ONE RS has a three-part design comprising the battery, the processor and the three swappable lenses. The ONE RS also has an additional microphone to record better audio and 50 percent faster WiFi.

The new high-performance 4K Boost Lens has a 1/2-inch 48 MP image sensor. It can shoot 4K 60fps video and 48 MP stills. With this lens, you also have two new shooting modes. The first of these is Active HDR mode, which reveals details in the highlights and shadows. The second is 6K widescreen mode, which outputs 6K footage with a 2.35:1 ratio for a cinematic look.

With the 5.7K 360 lens, you can shoot footage with the Invisible Selfie Stick effect and 360 reframing. All you have to do is hit record and let the camera capture everything in 5.7K 360 degrees. Later, you can choose your favorite angle (or multiple angles) and export it as a flat video that can be shared just like any other video.

Finally, the 5.3K 1-Inch Wide Angle Lens, co-engineered with Leica, looks to offer great image quality due to its 1-inch sensor. No matter which lens you have installed, the ONE RS has IPX8 waterproofing to 16 feet.

With the powerful new ONE RS Core, Insta360’s proprietary FlowState stabilization is now delivered through the camera hardware. As the camera applies stabilization, you can instantly share smooth wide-angle content without having to process it in the Insta360 app. In addition, 360 horizon leveling ensures your video always stays level. You simply toggle a switch in the Insta360 app or desktop software, and the footage instantly levels out. This feature works with footage shot on any of the three lenses.

The Insta360 app has a powerful editing suite with AI-powered features. With the Snap Wizard, you can move your phone or swipe the screen to find the best angle in your 360 footage. Cinelapse adds cinematic transitions between clips to create a hyperlapse. FlashCut finds the best moments in your wide-angle clips and edits them together to music. In addition, the free Insta360 Studio software is available for Mac and Windows. There are also free plugins for Adobe Premiere Pro and Final Cut Pro.

Insta360 ONE RS is available to order today via Insta360.com and select retailers, including Amazon US. You can buy the new camera in several configurations. The Twin Edition includes the powerful combination of the 4K Boost Lens and 360 Lens and costs $549. For users looking to upgrade their wide-angle action cam setup, the 4K Edition retails for $299, while the 1-Inch Edition retails for $549. 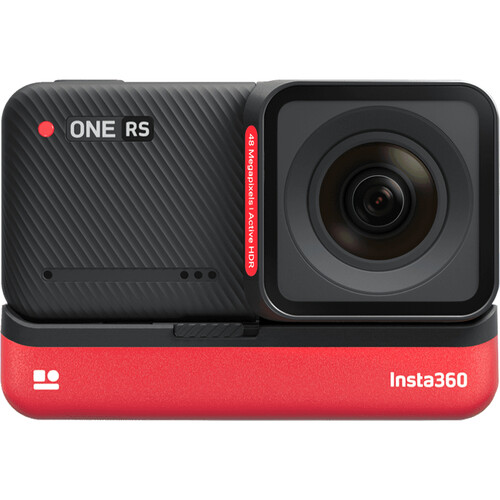 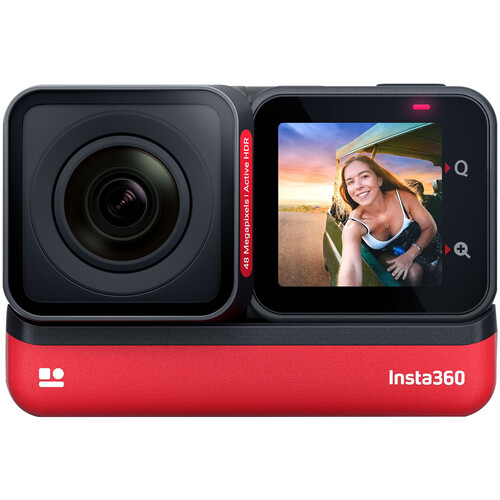