The new Pro and Plus models look to take all of the advantages you’d get from a high-scale broadcast camera and fit them in compact, affordable bodies in order to be much more accessible to smaller productions.

Here are some of the key highlights of the two models:

Both Blackmagic Studio Cameras Pro and Plus models have an impressive ISO (the measurement of the sensor’s sensitivity to light). Higher ISO adds more gain, allowing you to shoot in darker situations. The Blackmagic Studio Camera features gain from -12dB (100 ISO) up to +36dB (25,600 ISO). One downfall to shooting at a higher ISO is a higher noise count. However, Blackmagic Design says the two models reduce the noise at full dynamic range of the sensor.

With their 4K sensor, the cameras feature Blackmagic Design’s generation 5 color science. Each model has a built-in color corrector (which can be controlled from the switcher as well). You have access to 13 stops of dynamic range and can apply 3D LUTs. Considering the cameras’ sensors feature a resolution of 4096 x 2160 (with support from 23.98 fps up to 60 fps), you should have a lot of flexibility in post.

According to Blackmagic Design, the Pro model reimagines what we can expect from on-camera audio. The Pro model has 2-channel balanced XLR inputs supporting +24 dBu line level and has a low noise microphone preamplifier with P48 phantom power.

Both models use photographic lenses

This might come as a surprise to broadcasters. Typically, high-end broadcasting cameras use B4 lenses. When developing the Blackmagic Studio Camera, Blackmagic Design decided B4 lenses aren’t as good of a choice of camera — noting their heavy weight and high price tags. So, they chose to use MFT lens mount photographic lenses instead, keeping the overall payload lighter.

The Pro model features SDI connections that include talkback. So, if you have a switcher operator on set, they can communicate with the camera throughout the entire live broadcast. The camera’s talkback connection supports standard 5-pin XLR broadcast headsets and uses audio channels 15 and 16 in the SDI connection between the camera and the switcher.

Shared specs between Pro & Plus models

Specs unique to the Pro model

Both models are available right now. The base Blackmagic Studio Cameras Plus model costs $1,295, while the Pro model costs $1,795. The Plus and Pro models both look pretty capable. The Plus model offers many of the same core features but lacks a few features, such as the Pro’s audio specs and its higher quality viewfinder.

Still, if you want to save $500, the Plus looks like a great option. If you want to get the whole experience but still want an affordable broadcast camera, the Pro seems like the best choice on paper. 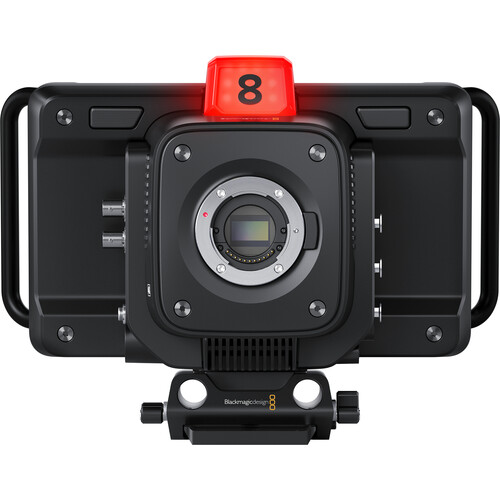 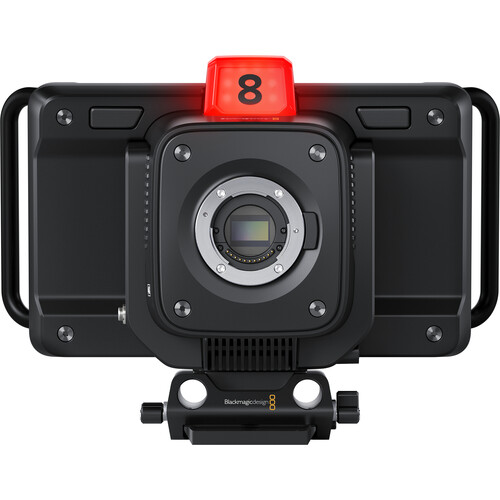