Godox has launched a new RGB tube light, the TL120. It builds on the range that started with the company’s smaller TL30 and TL60 tube lights, which were released last year.

The Godox TL120 Tube Light is 46 inches long and weighs around 2.8 pounds. The light has a 14.4-volt 5200mHh power which the company states can power the fixture at 100 percent brightness for two and a half hours when fully charged. The TL120 is also supplied with the main power adaptor for continuous use.

The TL120 has great color accuracy with a CRI of 96 and a TLCI of 98. You can operate the light as a bi-color light with a CCT range from 2700K to 6500K. The TL120 can also output a full range of colors in RGB and HSI modes. In addition, the light has 20 Rosco, and 20 Lee filter gel color presets included. Light output will vary depending on the mode and color that you select. However, for example, in CCT mode at 5600K, Godox quotes 685 lux when measured at 1 meter.

The Godox TL120 has fourteen built-in categories of lighting effects. You can further configure these to create 39 different special effects and adjust the speed and brightness. For example, some of the standard effects include flash, lightning, broken bulb, TV, candle and fire. However, the flash effect can be set to simulate a simple camera flash, a press conference or paparazzi. Similarly, you can configure fire effect as firewood, a campfire or the fabulously named fire hazard. In addition, the TL120 can use its RGB mode for effects such as police car, fire truck, ambulance and fireworks.

The TL120 comes with mounting clips and hanging wires, which give you a lot of flexibility when using the light. Godox also makes a range of accessories, including brackets that can mount two, four or eight tubes to a single light stand. There is also a light control grid for the TL120.

The Godox TL120 RGB Tube Light is available to order now and retails at $299. 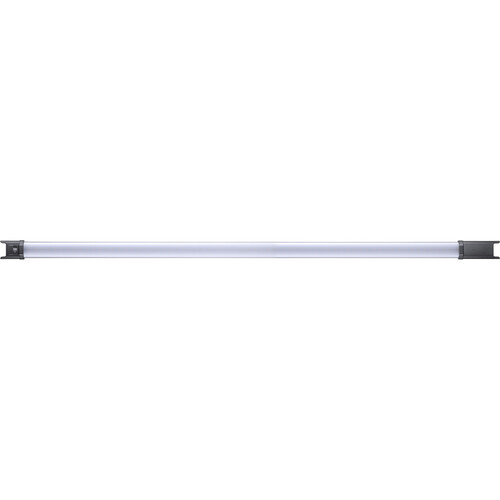