Fujifilm’s Pro 400H color negative film is a unique product that kept film alive in modern times. Sadly, Fujifilm announced the discontinuation of the film in both 35mm and 120 formats.

The Pro 400H film is a very unique film. To produce it, Fujifilm needs to coat the film with a fourth layer on top of the other layers. This step is crucial and requires specialized raw materials and chemicals. According to Fujifilm, it’s become too difficult to obtain the raw materials needed to produce the film.

“As it has become increasingly difficult to procure the raw materials needed to produce PRO 400H, we regret to inform you that after careful consideration, Fujifilm has made the difficult business decision to discontinue PRO 400H,” Fujifilm writes.

Fujifilm is only discontinuing its Pro 400H color film stocks

Fujifilm is stopping sales and production immediately for thePro 400H 135. So, the product is no longer available for purchase. As for the 120 format, production and sales are expected to last until the end of the year.

Likely, demand will increase as filmmakers buy the film before it becomes unavailable.

You can buy both films on various sites, but their stock will likely run out soon. 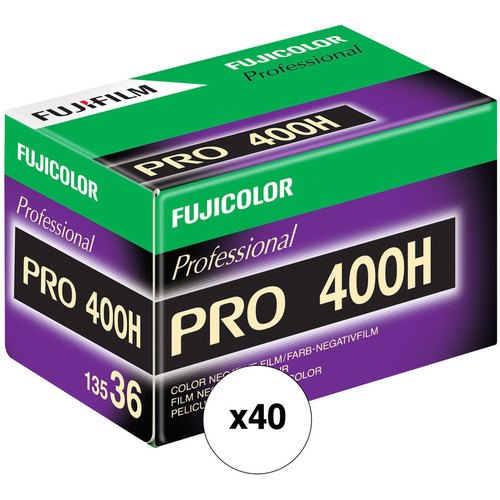