Nanlite has announced two new powerful lights, the Nanlite Forza 720 and Forza 720B. The 720 model is a daylight-balanced fixture and the 720B version is a bi-color light.

The Forza 720 and Forza 720B are the brightest spotlights the company has ever made. In addition, Nanlite claims that the 720B is the brightest LED bi-color spotlight in the world. The lights have an AC power draw of 800W. 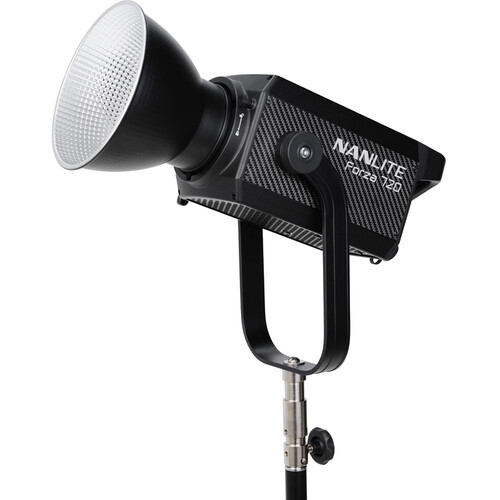 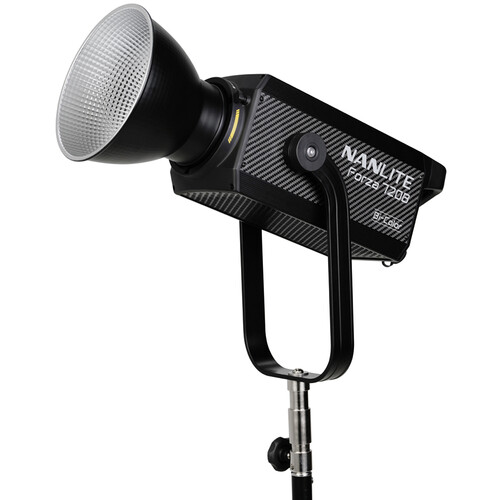 The Forza 720B has two output modes. In maximum output mode, the light will always be the brightest it can at any given temperature. For example, without the reflector, the output varies from 2385 lux at 2700 K, peaks at 3116 lux at 5600 K, then drops to 3074 lux at 6500K. However, the light level remains at 2385 lux in constant output mode irrespective of the color temperature. While this does decrease the output, you can adjust CCT without worrying about changing the exposure of your scene.

Both lights have a standard Bowens mount which means they are compatible with a wide range of modifiers and accessories from Nanlite and third-party suppliers. The curved yoke design means that you can rotate the lights through 360 degrees. The Forza 720 and 720B have a separate control unit, which is attached to a light stand with the included quick-release clamp.

The Forza 720 and 720B have an active cooling system but the fans only output 20dB. The fan can be turned off if you need complete silence, but the lights are limited to a maximum output of only 15 percent. You can continuously dim the lights from 0-100 percent in 0.1 percent increments. In addition to the control unit, you can operate the lights with the NANLINK app and via DMX. The lights also have several built-in effects, including Flash, Pulse, Storm, Paparazzi, Firework, TV, Candle/Fire, Bad Bulb, Explosion and Welding.