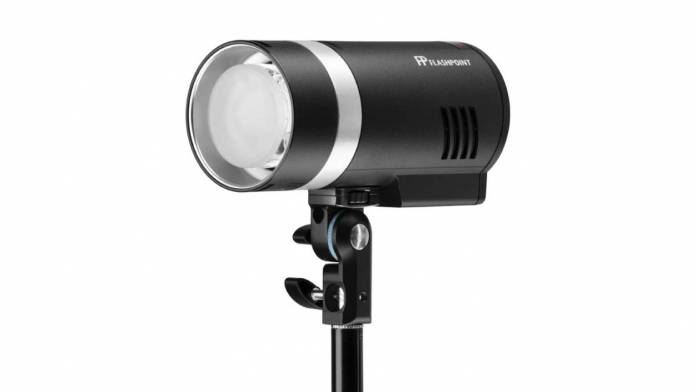 According to Flashpoint, the light is “a powerful, yet compact” 300W strobe light that’s built on the R2 series of wireless flashes. Additionally, it’s said to be a speedy light, with just one-second recycle time. It also has a 328-feet R2 signal reception range and the capability to work across all major camera systems.

“We’re so excited to debut the next generation Flashpoint monolight that is the ultimate combination of power and size for on-the-go photography,” said Solomon Leifer, Brand Manager at Flashpoint. “The XPLOR 300 allows photographers to capture high-quality images using any camera system, while it’s easy-to-use modifier mount allows for unlimited lighting creativity.”

Its 600mAh rechargeable lithium-ion battery delivers up to 320 full-power flashes. The battery can recharge in less than 2.5 hours. Also, it can be swapped out with a new battery in the middle of the shoot in seconds.

While this is primarily a photography light, it does feature a continuous LED modeling lamp that can be used for short-form video productions.