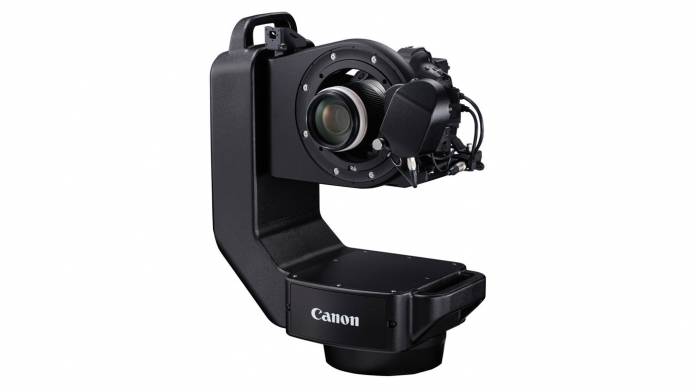 Canon just announced the CR-S700R Robotic Camera system. This system will allow you to remotely control multiple DSLRs right from your PC.

There are many pro photographers that need to operate multiple cameras. It’s a big job going between camera to camera. This seems like it will be a useful tool for those kinds of users, simplifying their workflows greatly. Sadly, it can only be used for still photos though. So, sorry video shooters.

While the CR-S700R Robotic Camera system can only be used for still photos, it can zoom, pan, tilt, and roll. You can also use it to capture events like sporting events from multiple angles. Interestingly, Canon says that excluding video functionality from the device is actually a good thing. According to Cannon, excluding video allows for a “more compact and lightweight” design that doesn’t require wire with the CR-G100 controller.

While not including video functionality may be a non-starter for many, there’s another issue. You need to have either an EOS 1D X Mark II or Mark III to use the system. So, you won’t be using a mirrorless model with this. That’s the verdict for now at least.

The Robotic Camera System CR-S700R and the CR-A100 camera remote will be out in the middle of next month. There isn’t any information about pricing as of right now. Canon hasn’t released that information yet.

From the looks of it, those that use multiple EOS 1D X Mark II or Mark III cameras for photography, this might be a useful tool. If more cameras become supported, it will become even more useful.