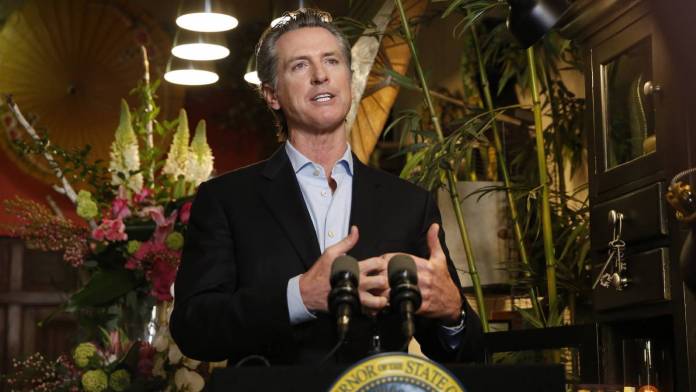 California Governor Gavin Newsom and the California Department of Public Health has given the go-ahead for California film and TV production to resume this month amid the pandemic, though there will be some changes to how production is conducted.

“Music, TV and film production may resume in California, recommended no sooner than June 12, 2020, and subject to approval by county public health officers within the jurisdictions of operations following their review of local epidemiological data including cases per 100,000 population, rate of test positivity, and local preparedness to support a health care surge, vulnerable populations, contact tracing and testing,” said the California Department of Public Health said in a statement via the Governor’s Office on Friday.

California Department of Public Health still have regulations for production

Even though production may resume at the end of the week, that doesn’t mean things are all back to normal. Productions will still need to follow safety protocols. California Department of Public Health said: “To reduce the risk of COVID-19 transmission, productions, cast, crew and other industry workers should abide by safety protocols agreed by labor and management, which may be further enhanced by county public health officers. Back office staff and management should adhere to office workspace guidelines published by the California Department of Public Health and the California Department of Industrial Relations, to reduce the risk of COVID-19 transmission,”

Even before Newsom’s guidelines were released, there’s been attempts to get the film and TV production industry running again. Earlier last week, the Industry-Wide Labor-Management Safety Committee Task Force sent a white paper to Newsom, New York Gov. Andrew Cuomo, and other state governments. The document recommended protocols for how to restart production while trying to lower the risk of spreading the virus. We also saw Tyler Perry’s Atlanta studio release a proposal on how to conduct production.

We will continue to give you updates if any of the guidelines change as production starts again.