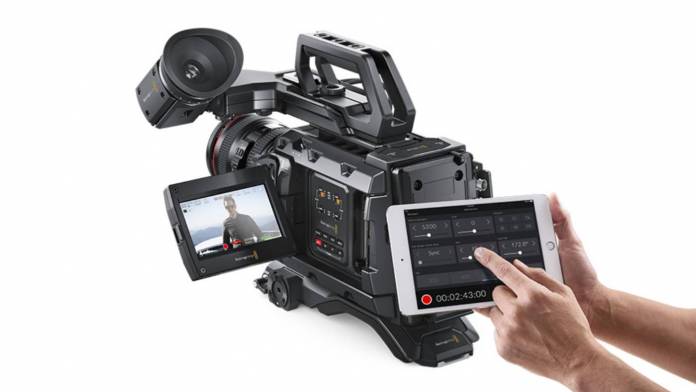 Blackmagic’s Camera Control app allows you to control a camera remotely, which is a feature that has become very important to filmmakers. Initially, the app was released with the URDA Mini Pro. It connected to the camera through Bluetooth and could stay connected up to 30 ft away. Also, the app allowed you to change camera settings, adjust metadata, control the lens and to hit record.

The update, Camera Control 1.0.3, updates and adds a few features. Most importantly, the update improves the app’s iris control. Additionally, it adds BMPCC 4K and 6K support. Here is a rundown of the improvements the update is bringing to the app:

Currently, the Blackmagic Design Camera Control app is only out for Apple iPad. There are third party options, but they aren’t free like the official app. SayEffect Tech Solutions has an iPhone/iPad version that will cost you $5.99 to download. This version supports the BMPCC 6K/4K, URSA Mini 4.6K, and URSA Mini Pro 4.6K. There is also an Andriod version offered as well for $6.99.

You can get the original app for free in the Apple store.