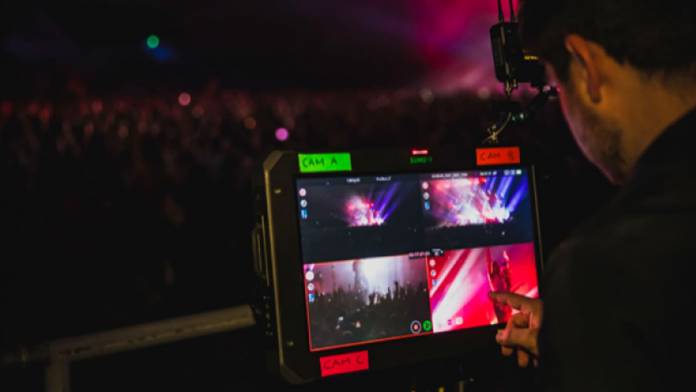 At the Inter BEE show held in Tokyo, Atomos is looking to make multi-camera switching and recording easier on the Sumo 19. There are a lot of upgrades coming to the unit.

Atomos is releasing a live asynchronous switching and quad ISO recording update for the Sumo 19. The AtomOS 9.2 update, according to Atomos, makes the Sumo 19 “the simplest way to record and switch multi-camera events.”

How does the upgrade improve switching on the Sumo 19?

The Sumo 19 can record up to five 1080p60 streams simultaneously — four separate ISOs and the program out — to the same SSD drive in Apple ProRes or Avid DNx formats. Now, thanks to the AtomOS 9.2, this can now be done without needing to synchronize the cameras using genlock. Also, the channels may be switched in real-time and the switched output is recorded to the separate fifth channel. It can be output either on their HDMI or HD-SDI.

You can configure the touchscreen to respond differently to single and double taps. Essentially, this should give you the choice between a hard cut or a dissolve being written into the XML file.

Additionally, each switch signals a metadata cut / edit point. The Sumo 19 writes it to the disk as an XML file. Also, the ISO can be put directly into the NLE’s timeline with the edits in place.

Audio can be selected from a single source, an external source, or from each individual camera.

The AtomOS 9.2 for the Sumo 19 will be out as a free download for all users from Atomos’ website in the support section. The Sumo 19 is currently on display at Atomos’ booth at Inter Bee 2019 in Tokyo, Japan.