ATOMOS has released the latest firmware update for the SHOGUN CONNECT and ATOMOS CONNECT. As announced at NAB 2022, the update enables Frame.io Camera to Cloud (C2C) workflows. So what does this actually mean?

Conventional filming workflows require the movement of physical media. Cameras record to memory cards or drives, which are then backed up several times on set to separate physical storage devices. You then need to transport these storage devices to different locations for editing, VFX and other post-production. Ensuring files are taken safely to the correct destination can be time-consuming and costly. There is also a risk that important media could be lost or damaged in transit. This can lead to expensive delays or even the need to reshoot the footage.

Frame.io is a cloud-based video review and collaboration platform acquired by Adobe in 2021. You can transmit files to Frame.io using standard 4G LTE, 5G or Wi-Fi networks. The latest versions of editing software, such as Adobe Premiere Pro, has Frame.io integration. This means that editors will see new clips dropping into their editing bins throughout the day.

SHOGUN CONNECT is an all-in-one device that combines HDR monitoring, RAW recording and cloud workflows. In addition, the ATOMOS CONNECT accessory adds a cloud-based workflow to NINJA V and NINJA V+ recorders. With the new firmware update, you can now pair SHOGUN CONNECT or ATOMOS CONNECT devices with Frame.io using ATOMOS Cloud Studio. Once you have registered your devices and linked them to a Frame.io account, you can upload media immediately. Your files are then instantly available to view in Frame.io. They can also be downloaded into integrated video applications, including Premiere Pro, Apple Final Cut Pro and Blackmagic Design DaVinci Resolve.

When capturing to Frame.io, you can also set your ATOMOS device to record high-quality video and bandwidth-efficient proxy files simultaneously. The two files have matching filenames and timecodes so that you can easily swap between them in your editing software later. Recording in this way produces HEVC (H.265) proxy clips alongside full-resolution in either Avid DNxHR/HD or Apple ProRes. This proxy workflow makes it much faster to publish clips directly to Frame.io.

The latest firmware update from ATOMOS makes a C2C workflow much more accessible. Though it may not be relevant to solo shooters or smaller indie productions, it does give a glimpse of the future. The roadmap for C2C envisions a world where internet bandwidth is so great that cameras won’t use removable media at all. Instead, cameras will upload full resolution footage direct to the cloud from anywhere in the world.

You can download the AtomOS 10.81 update with Frame.io C2C support from my.atomos.com. 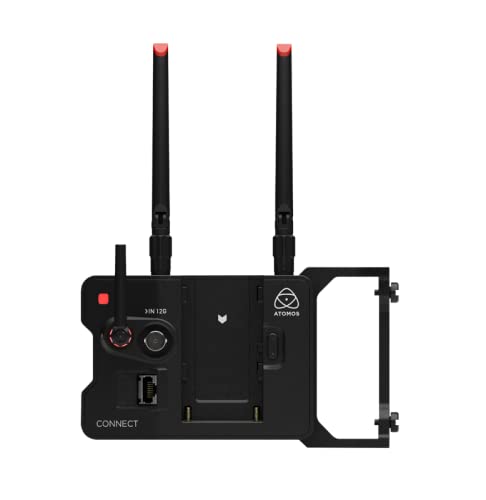