Apple has launched new Mac mini computers powered by M2 and the new M2 Pro chips. The company says that the M2 Pro delivers pro-level performance to the Mac mini so you can run high-performance workflows.

When compared to the previous Mac mini computers, Apple says that M2 and M2 Pro have a faster next-generation CPU and GPU. There is also a more powerful media engine. In addition, both the M2 and M2 Pro Mac minis have an advanced thermal system, so you don’t have to worry about overheating, despite the small form factor.

Mac mini with M2 has an eight-core CPU, which has four high-performance and four high-efficiency cores. It also has a 10-core GPU. In addition, Mac mini with M2 comes with up to 24 GB of unified memory and 100 GB/s of bandwidth. This means that the M2 mac mini model can simultaneously play up to two streams of 8K ProRes 422 video at 30 frames per second (fps) or up to 12 streams of 4K ProRes 422 video at 30 fps.

Mac mini with M2 Pro comes with up to a 12-core CPU with eight high-performance cores and four high-efficiency cores. It also has up to a 19-core GPU and 200 GB/s of memory bandwidth, double that of the M3 model. In addition, Mac mini with M2 Pro supports up to 32 GB of memory. The next-generation Neural Engine is 40 percent faster than M1. This speeds up ML tasks like video analysis and image processing. It means that Mac mini with M2 Pro can simultaneously play up to five streams of 8K ProRes 422 video at 30 fps or up to 23 streams of 4K ProRes 422 video at 30 fps.

The Mac mini with M2 has two Thunderbolt 4 ports and support for up to two displays. The M2 Pro model includes four Thunderbolt 4 ports and support for up to three displays. The M2 Pro model can also support one 8K display, which is a first for the Mac. In addition, both models have two USB-A ports, an HDMI port, a Gigabit Ethernet port with a 10GB option and an upgraded headphone jack to support high-impedance headphones. Finally, both new models have Wi-Fi 6E for up to 2 times faster throughput than before, as well as Bluetooth 5.3.

The new Mac mini with M2 and M2 Pro computers have ideal specifications for video editing. They also offer great value for money when you consider the levels of performance you get. For example, with the M2 Pro model, you can seamlessly work seamlessly edit in multi-cam with multiple camera formats, including ProRes video. When paired with Apple’s 27-inch 5K Retina Studio Display monitor, the Mac mini with M2 and M2 Pro promise exceptional desktop computer performance.

The new Mac mini with M2 and M2 Pro computers are available to order online from Apple or in Apple stores in the US and 26 other countries around the world. Delivery, either direct to customers or in-store, will start on 24 January. 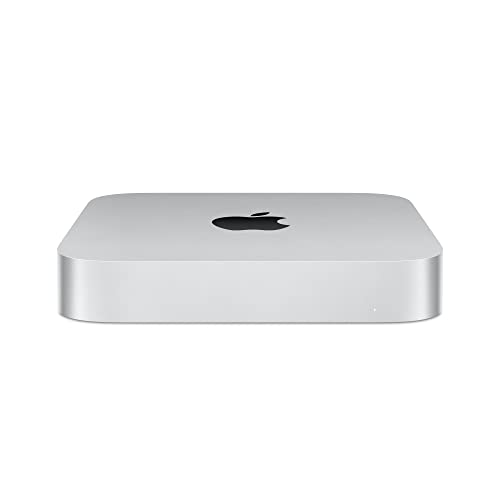