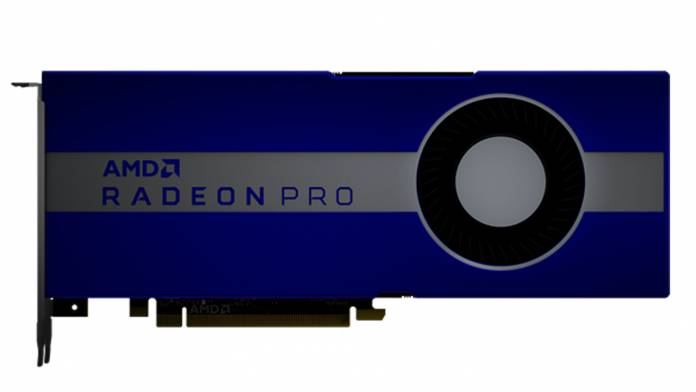 “It is ideal for professionals who push performance beyond traditional 3D design by generating photorealistic renders of their concepts and reviewing virtual prototypes of their designs in virtual reality environments,” says AMD.

The Radeon Pro W5700 should provide up to .6X the application workflow performance with CPU load. That’s according to the SPECviewperf 13 benchmark. AMD says it “provides outstanding multitasking performance even in the most demanding situations.”

View your VR work in a headset

The Radeon ReLive for VR allows pros with the Radeon Pro W5700 graphics card to wirelessly visualize their work with VR-capable applications and a VR headset.

According to AMD, the Radeon Pro W5700 is the first PC workstation graphics card to feature a USB-C connector. It will support USB-C based monitors and head-mounted displays.

The AMD Radeon Pro W5700 graphics card is out now starting at $799. If you want to learn more about the VR graphics card, you can head to AMD’s website.