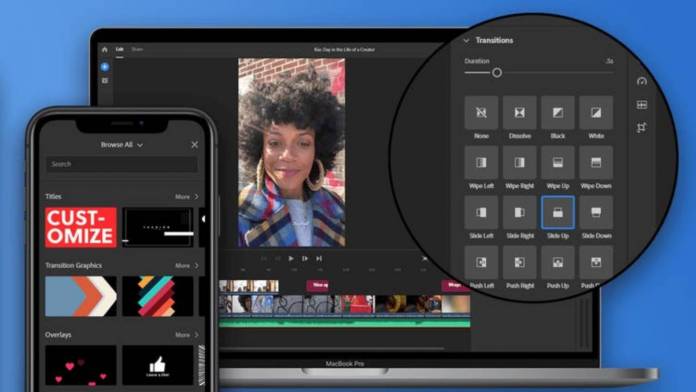 Adobe kicked off Adobe MAX, the company’s annual conference. This time, the event is online and free for everyone to attend. During the conference, Adobe announces a few updates for Adobe Premiere Pro and Rush.

Starting off, Premiere pro has a few performance improvements as well as the new Speech to Text feature. As for Premiere Rush, it has new graphic and audio assets, as well as royalty-free audio.

This key feature of the Premiere Pro update is the new Speech to Text feature. Coming in early 2021, the feature will generate a transcript and automatically add in captions to the video. This feature is powered by the Adobe-made AI, Adobe Sensei. Being able to add in captions increases the accessibility and engagement your videos can have. For instance, people from around the world can watch and unstrand by using captions in various languages. You can choose languages like English, Spanish, Japanese, Korean, French, German, Chinese and Hindi.

The Speech to Text feature transcribes spoken audio to text. All you have to do is press the “Transcribe button” to do so. After pressing the button, Adobe Sensei processes the audio transcription into subtitles.

Rush users have asked for more transitions and now they’ve gotten their wish at Adobe MAX. Adobe has added in three new transitions into Rush: Push, Slide, and Wipe. These transitions can be implemented from either the top, bottom, left, or right-hand side of the screen.

“Pan and Zoom can be applied with the click of a button—automatically zooming in or out of an image,” Adobe said in a blog post. “Smoothly combine photos and video by adding motion to still images, automatically animating the position and scale over time.”

Adobe also announces Auto Reframe at Adobe MAX. Powered by Adobe Sensei, this feature identifies the key point of interest in the frame and reframes the clips when switching between different aspect ratios. This allows you to format your videos for different aspect ratios quicker since the key points of the video will be kept in the frame. You can also make adjustments to the tracking and customize the framing in the Motion Tracking panel.

All of the updates have been added to Premiere Pro and Rush. You can try them out now if you have a Creative Cloud subscription.