From The Thief of Bagdad to the Star Wars Saga to The Avengers, green and blue screen effects have a long history of bringing our most fantastic stories to life on screen. This is your Introduction to Green Screen. We’ll explain how green screen works and how the technique can be applied.

It may seem like convincing green screen effects are out of reach for the average video producer, but in fact, with some knowledge, time and preparation, anyone can create believable effects using this technique. But before you get started on your next epic masterpiece, let’s take a look at how green screening actually works. Green screen is industry shorthand for a process called chroma keying. This process is used to composite two images together based on color hues. Chroma keying lets you remove a specific color from your image to allow another image to show through from behind. This background image is called a plate, and the more your keyed footage blends in with this plate, the more believable your effects will be.

While modern chroma keying relies on computer software, the technique has been evolving since at least the 1900s. While cinema was still in its infancy, early filmmakers like George Melies experimented with compositing effects using multiple exposures. This progressed into black and later blue “traveling matte” effects, which leveraged the film development process to separate subject from background for compositing in films like John P. Fulton’s 1933 classic, The Invisible Man. As the technique matured, it became a mainstay in film production. John Huston’s 1951 film, The African Queen, for example, used blue screen to depict some of the film’s more harrowing moments. In this scene, a glowing outline around Bogart’s face reveals the imperfect composite.Today, green screen effects are much more polished. Keyed footage blends seamlessly with background plates thanks to improvements in technology and more sophisticated capture techniques. Digital cameras can now capture images with greater color fidelity, and keying software allows for much more control over the range of colors keyed as well as how the key is applied. With more specialized tools and improved visual effects, filmmakers can now use chroma keying to tell more elaborate stories than ever. So while we know intellectually that it’s impossible for the actors in the Hobbit to actually visit Rivendell, our eyes tell us something different.

You can key out any color using the chroma keying process, blue and green are the most commonly used. These colors don’t show up in human skin tones, which is important since most videos focus on people as their main subject. Using a warmer hue like red or orange could lead to some unintended effects. While blue was once the standard keying color in traditional film production, green is now the most common color used for video. A blue screen can still come in handy in some specific shooting situations, like when your talent needs to include green in their wardrobe or when other green objects appear in the keyed shot. Remember, anything that matches your key color will disappear when you pull the key in post-production

There are almost unlimited ways to use green screen, but there are still some occasions when relying on the chroma keying process just doesn’t make sense. It takes a lot of planning, time and effort to pull off an effective key — not to mention the work needed in post-production. If you can get the shot without using green screen, that’s usually the better option. Want to make it look like your character is at the beach? It might be time for a road trip to the coast. But if you need your character to visit Mars, green screen is your only option — at least for now. Even when green screen is justified, it’s best to limit the use of highly green screen-dependent wide shots of your characters, and instead round out the scene with medium shots and close-ups that don’t rely as much on the surrounding scenery.Green screen techniques can also be used in more practical applications, like when you want to superimpose graphics behind a subject — think weather forecast. In the end, you want your green screen effects to enhance rather than distract from your story.There are plenty of examples of bad green screen effects, even on big-budget studio productions. So unless you are completely confident in your ability to composite the scene to your liking, see if there are other ways to get the shot first.

Green screen can help you bring fantastic stories to life. Without it, there would be no Mother of Dragons or Quidditch, and we’d have a severe shortage of superheroes. But it’s improper use can rip your audience out of the scene in an instant. When it comes to green screen, it’s all about mastering the proper technique, and that’s exactly what we’ll help you learn in the next installment of Videomaker’s Green Screen Basic Training. 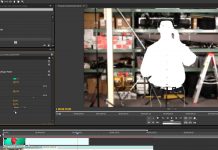 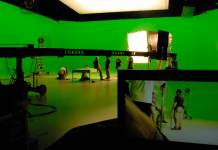 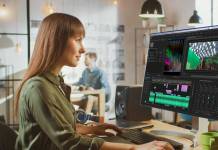 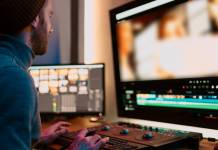 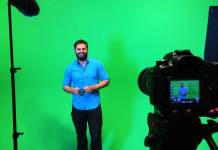 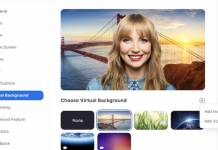