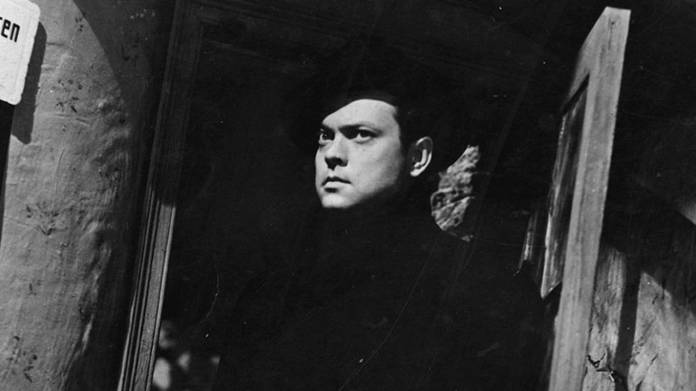 A “dutch angle” is a slanted horizon in a photo, video, painting or even comic book frame. These can be subtle or extreme. Possibly the most famous example, done to the point of absurdity, is the 1966 television version of the show Batman. In the series, every bad guy is given a slanted angle because they’re “not on the level”.

Origin of the dutch angle

The dutch angle came out of the German Expressionist movement of the 1920s and 30s. In fact, it’s believed that “Dutch” is actually a misspelling of “Deutsch.” What is known is that the angle has nothing to do with Holland and a lot to do with the early films of Robert Wiene. These include The Cabinet of Dr. Caligari, which used the angle extensively to show the off-kilter mind of the film’s protagonist. Throughout modern film history, this weird bit of camera work has been used to show that things are … off-kilter … or strange. Because we’re used to a level world, something being slanted makes us quietly uneasy.

The dutch angle in cinema

The camera angle saw a lot of use in film noir in the 1940s and 1950s. Think movies like Notorious and, famously, The Third Man, starring Orson Welles. That picture employed canted angles so much that, after its completion, Ben Hur director William Wyler gifted director Carol Reed with a bubble level imploring him to affix it to his camera the next time he made a movie.

While Hollywood embraced it and talented filmmakers began to incorporate it, it took a while for the public to notice and for it to fall into the vernacular. The term “dutch angle” doesn’t appear in American newspapers with any frequency until the 1960s.

In March of 1966, Los Angeles Times TV critic Hal Humphrey noticed a preponderance of awkward angles. He wrote “Maybe you’ve noticed that the picture on your TV screen this season is often on a tilt, either to the right or the left … it’s just one of the many trick techniques employed by TV directors now to divert your attention from the fact that there’s no story.”

Humphrey went on to decry pan blurs and jump cuts and particularly to blast Roy Huggins. Huggins, the executive producer of a Fugitive knock-off show called Run for your Life, got the idea of saving a bland script with exotic camera angles after seeing The Ipcress File. In that 1965 spy movie, lensed by Otto Heller, Michael Caine spends about twenty percent of the film looking like he’s about to roll off the screen in one direction or the other.

The good and the bad

Steven Spielberg throws a gratuitous number of camera tricks into his 1976 masterpiece Jaws. These including a Hitchcock zoom, a double exposure and a dutch angle. Each of these, however, serves the purpose of the film.

Spielberg reserves his canted camera for the first time the police chief, played by Roy Schieder, sees the shark. His world has just become unraveled — he had no idea how large it was going to be. The dutch angle gives us the idea here that something is wrong. (To learn more, read our article on camera movement techniques.)

Like many film techniques, it only becomes noticeable when used extravagantly. 2000’s science fiction bomb Battlefield Earth, starring John Travolta, was filmed almost entirely with dutch angles for reasons nobody could fathom. This lead Roger Ebert to write the following in his review:

“The director, Roger Christian, has learned from better films that directors sometimes tilt their cameras, but he has not learned why…. [I realized] I was witnessing something historic, a film that for decades to come will be the punch line of jokes about bad movies.”

When to use the dutch angle

The dutch angle makes viewers a little uneasy. Done subtly people don’t quite know why something seems strange, but they feel it. It’s used to show that things aren’t quite normal. Batman famously uses the technique when showing villains. However, you can use it to show that anything is not quite as it’s supposed to be.

Batman famously uses the technique when showing villains. However, you can use it to show that anything is not quite as it’s supposed to be.

One thing to keep in mind, though, is that your dutch angle needs to serve your story. Don’t insert one without a reason.

A character walks into a birthday party, but somethings slightly not right. You can’t exactly tell why, but as she walks through the room looking at people she becomes more suspicious. You can telegraph this to your audience by using dutch angles.

An alternative use case

It’s also possible to use a dutch angle with less sinister motivation — which is to say when one character is higher up than the other. Carol Reed, director of “The Third Man” which brought the dutch angle into popular cinema, later lamented all the camera tilting in a 1972 interview with Charles Thomas Samuels for the book Encountering Directors: “I don’t think it’s a very good idea. I haven’t used it much since — only when I need to shoot someone standing behind another person who’s sitting and I don’t want to cut off his head”.

And this is a more practical and less stylistic use of the tilted camera — to keep two people in a frame.

How to use it

Don’t forget that the basic rules of composition still apply. Just because you’re using a new trick doesn’t absolve you of creating a beautiful frame that gives information to the audience. Remember that the frame is your canvas. What you put on there and how you place it is how you influence your audience.

Tilting the camera isn’t everything there is about a dutch angle. Be wary of where things are in the frame; be aware of color, focus, and lighting; and also be aware of what mood you’re hoping to create. Used subtly, the dutch angle is an almost unconscious cue to the viewer to feel that something is not quite right. Used blatantly you can show that something is extremely not right.

If, for example, you’re filming Kafka’s The Trial, Sartre’s No Exit or the Mad Hatter scene from Alice in Wonderland, you might be able to get away with Batman levels of camera cant. You’re displaying a world gone mad in a stylized way. If, on the other hand, you’re recording a wedding, a level horizon might better display the firm foundation that you hope the new couple stands on.

Above all, don’t experiment on important work. The first time you use any tool shouldn’t be on a new shoot. Practice first.

Your homework assignment, if you choose to accept it, is to watch out for dutch angles in movies and TV that you watch. Then, annoyingly, point it out to whomever you’re watching with. Analyze why it was used, how it made you feel, and what purpose it served.

Also, try shooting some video with both level horizons and then the same shot with a canted horizon. Experiment with shallow cants, about 12 degrees, and see how things change when you increase that level of tilt. How is the scene different when the camera is tilted 45 degrees?

Lastly, if you have an opportunity where you think a dutch angle might work, try incorporating it into your own project. If at all possible though, shoot backup shots with a level horizon just in case it doesn’t work.