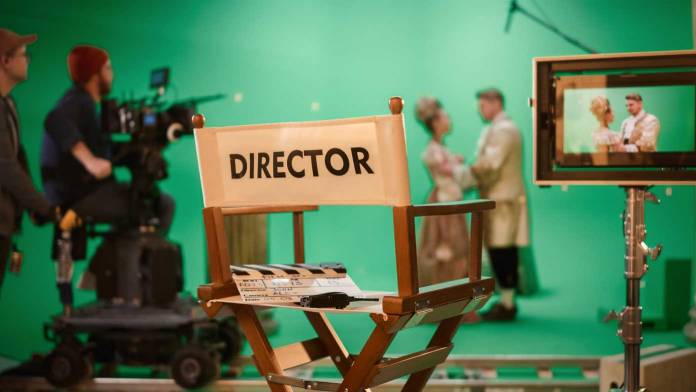 Aside from the director, the cast, the camera operator and, perhaps, the boom operator, how many filmmaking roles can you list on the spot? Let’s go through the responsibilities of each crew member on a typical scripted project.

Every crew member, from every department, is tasked with contributing their skill and experience to facilitate, enhance and protect the two main components of the final product: picture and sound. Here are the main departments, as listed on a typical call sheet:

You may see additional departments, such as Construction (if working on a stage), Visual Effects, Stunts, Special Effects or Transportation — but these aren’t all present on every production.

Let’s go down the list. Who works in each department and what do they do?

The most well-known filmmaking roles will be found in the production department. Here’s a closer look.

The Producer is the main decision-maker. Most of their work has already taken place by the time the shoot starts. The Producer must consider any financial, staffing and logistical considerations that will affect the project. The Producer is one of the few individuals who oversee the project from the moment it is conceived until after it’s distributed.

The Director is in a category all their own. It’s the Director’s creative vision guides everyone else’s efforts.

The 1st Assistant Director (AD) is also involved in the process at an early stage. The 1st AD must put together a schedule that considers actors’ and locations’ availability, as well as each scene’s time of day. They must have a plan B (and also C!) ready if the weather changes or a key crew or cast member becomes unavailable.

Then, during filming, the 1st AD will run the set. They will make sure the Director’s vision is realized with few compromises, on time and within budget. This is probably the most important position on set, as they are the “captain” of the ship. On set, there’s a clear hierarchy, with the 1st AD at the top.

Besides managing the schedule and the workflow, the 1st AD also has the very important task of ensuring the physical safety of every member of the crew.

The Line Producer oversees the day-to-day operations on a film shoot, coordinating the schedule with the 1st AD, hiring the crew, negotiating contracts, generating time cards and solving unexpected problems.

The Line Producer can delegate other administrative tasks, like ordering expendables or managing travel and lodging for cast and crews. Depending on the size and complexity of the production, these tasks may be handled by a Production Manager and/or a Production Coordinator.

The 2nd AD is the link between the film set and “base camp.” Making sure actors and background are ready for their scenes on time, coordinating hair, makeup and costumes before talent steps onto the set, and ensuring Transportation is ready to drop them off or pick them up. The 2nd AD also helps the 1st AD break down the script and prepares the call sheet for each day.

Production Assistants, or PAs, are the unsung heroes of film production. Most people working on any film set today started out as PAs. They are the foot soldiers of this amazing army, showing up before everyone else and usually the last to leave. They fetch coffee, break down folding tables, pop up tents and drive across town for an urgent delivery, among a myriad other tasks.

Of all the filmmaking roles, the Script Supervisor, also known as the Scripty, is the only department to be staffed by one person. This role bears a huge responsibility: besides keeping track of the actors’ lines, obviously, the Scripty also notes camera placement (lens focal length, shot size, location and height), moves made by the actor(s), wardrobe details, food or drink consumption, and other sundry details.

This role in the filmmaking process demands great attention to detail. In fact, the Script Supervisor’s notes must be thorough enough to enable the crew to recreate the exact same shot at a later date, if necessary.

The Director of Photography (DP) creates the look of the project. They meet with the Director during preproduction and discuss color schemes, shooting styles and camera angles to serve the Director’s creative intent.

The Camera Operator is an extension of the DP, choosing frames and moving the camera as needed for each scene. Some DPs are Operators as well.

The 1st Assistant Camera Person, or 1st AC, operates the follow-focus mechanism during a take, and assists the Operator with various camera-related tasks: swapping lenses, setting up the camera on the dolly or on a tripod, and so on.

The 2nd AC keeps a log of the lens used for each setup, the number of takes per shot, and helps the 1st AC swap lenses or adjust the mattbox. They also identify each take using the slate. This person works closely with the Sound Department and the Script Supervisor to ensure that roll, scene and take numbers match across the board.

The Digital Image Technician (DIT) is a relatively new position. This person takes the data cards recorded both by Camera and Sound, copies them onto portable drives and creates a backup, using software that verifies all copies are identical to the source media. In some cases, the DIT also sets up video monitors for the Director and the DP.

The Gaffer directs their team to realize the DP’s vision. Depending on the size of the project, they might need as few as one and as many as a dozen team members.

Larger filmmaking crews have a “Best Boy” role. This can definitely be a woman, despite the anachronistic name. The Best Boy is the second in command to help delegate tasks to other Lighting Technicians.

The Key Grip is the team leader for the Grip department, but they works under the direction of the Gaffer.

Just like with Electricians, there will be a Best Boy.

Additionally, if there’s a camera dolly in use, one of the grips will be in charge to operate it.

The Sound Department is tasked with recording the dialogue in every scene. The Production Sound Mixer usually works in a quiet corner in front of a “sound cart” (in fact, a portable recording studio): there, they blend all the different microphones used in the scene to provide a coherent dialogue track.

The Boom Operator is the representative of the department on set. Besides operating the boom microphone, this person also informs the Mixer of any changes in the scene and proposes how to solve various problems during the shot. There may be two, or even three, Boom Operators working in a scene.

The Sound Utility is in charge of installing hidden wireless microphones on the actors, as well as assisting the Mixer with a video feed, remoting antennas and dealing with department paperwork. He should also be able to operate the boom when necessary.

The two departments that work closest with talent are Makeup and Hair. They make sure the actors’ closeups have no flaws and –perhaps more important– are consistent from one scene to the next.

The hair department may also be asked to help with putting microphones in the talent’s hair.

The Costume Designer is not usually on set, but on smaller shoots, the Designer and the Set Costumer may be the same person. They’re in charge of preparing various wardrobe choices for the director to consider. They also keep costumes clean and in wear-ready shape.

The Prop Master in charge of every piece of furniture, the art on the walls, tools, kitchen utensils, food or drink, musical instruments and any other loose item, gadget or gag that appears on camera or is used by an actor during a scene.

The Set Decorator works with the Director, DP and Art Director to arrange props and other set elements in the way best suited to each shot or scene.

The On-set Dresser must be detail-oriented, and able to place all those items in exactly the same place every time the scene must be re-set. You’ll see them take pictures of the scene several times per day, to document their positions.

There are many more filmmaking roles than we have space to discuss here: armorers, stunt coordinators, food stylists, on-set interpreters and language coaches, science advisers —they’re all very specialized professions that make a meaningful contribution to the end result: exceptional storytelling. 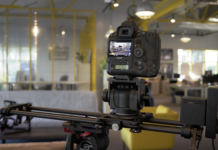