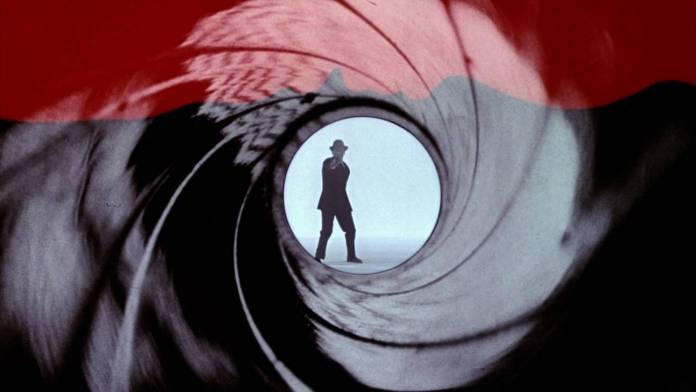 Have you ever noticed how sometimes films reuse a piece of sound, music, or visuals over and over again? When that happens, it’s called a motif.

What is a motif, exactly? You may know that the term motif is related to repetition: it’s an element that shows up again and again to emphasize an underlying theme in the story. So how does that apply to film? In this article, we will clearly define what a motif is and how it differs from the theme of a story. We’ll also take a look at how motifs are used in cinema.

What is a motif?

A motif is a repeated narrative element that is used throughout a work that supports the theme of the story. A motif doesn’t have to be presented in any specific form. It can be a reference to a specific time, a sound or a line of dialogue. Music, colors and repeated events can also become motifs when used intentionally throughout a story. Essentially, motifs further strengthen your story’s theme, reintroducing important elements throughout the work to underline their significance.

As a video producer, you may be especially interested in visual motifs. The term visual motif refers specifically to the visible elements that reoccur in your film to help tell your story. This can include things like props, set design, symbols, events and costumes. Specific colors or color combinations can also be used as motifs.

Motifs are not to be confused with the theme of the story. The theme is what you want your story to be about. Motifs are used to support the theme and really drive home the message you want to convey. For instance, in Romeo and Juliet, one of the major themes is love, and to support that theme, the work includes a rose.

What makes an element into an effective motif?

When it comes down to it, almost anything in your film can be a motif. The element you choose, however, has to meet these three criteria to be great and effective.

Examples of motifs in film

Red balloon signal an unseen threat in It: Part 1

Throughout the entire series in the franchise, It uses the motif of a red balloon. Red balloons show up throughout the series to signal to the Losers’ Club that Pennywise the Clown is watching them. This, in turn, supports the series’ motif of childhood trauma. Sometimes, Pennywise appears after the balloons are shown; sometimes he doesn’t. Regardless, the repetition of the balloons reminds the characters — the audience — that Pennywise is somewhere nearby, watching. It adds a ton of tension to the film and makes the Losers’ Club fear him even more.

The entire Star Wars series is full of motifs. The franchise features some of the greatest examples of musical motifs. Every single film throughout the franchise has the same powerful score, crafted by John Williams. Whether it be the title text scroll, the space battles, the lightsaber battles, using the force to overcome dire situations, Star Wars uses its score and specific musical cues to connect the plots lines and characters throughout the series. It feels like everything in the series is connected, just like how the characters are with the force.

Pieces of dialogue can be used as a motif, too. How many times have you heard Indian Jones shout: “It belongs in a museum” or “Snakes. Why Did It Have To Be Snakes?” Both quickly establish Indian Jones’ character. We know he is a man of integrity, respecting ancient artifacts as pieces of history rather than a way to make a quick buck. We also learn he has a fear of snakes, which is used throughout the series to put Indian Jones through uncomfortable situations when snakes are present and to show that even this hero has fears he must overcome.

Motifs can add layers of narrative significance to your film. When they support the overall theme, they really drive home what you’re trying to say to the audience. Whether you use motifs through props, music, color, sets or dialogue, these recurring elements help underscore the theme of your narrative.