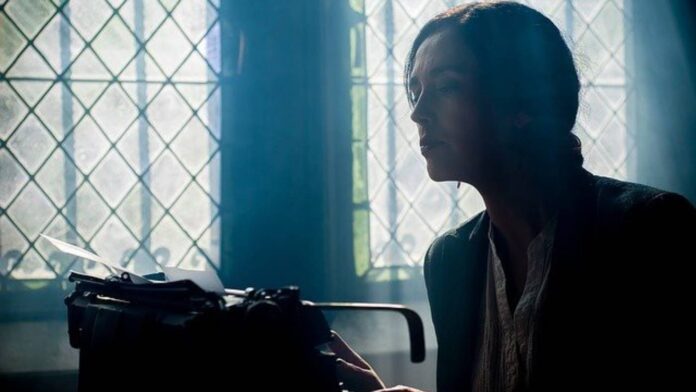 You’ll always find screenwriters at the intersection of interesting stories and compelling films. Screenwriting may seem like an obscure career choice but consider the multitude of video, film and television networks that exist in today’s market. Behind each movie and tv show, there are screenwriters hard at work. Simply put, screenwriting is the art of writing scripts for production in film and video formats.

If you’ve ever considered writing a script — or you haven’t, but you’re thinking about it now — this article is for you.

As with most career paths, there are many avenues and methods to make a living. You might pursue permanent employment with a company or opt for freelance work as a self-employed writer. Read on to explore the wide variety of screenwriting jobs available, how much they pay and a few tips to get you started in the industry.

Does your background matter?

Unlike many careers, there’s no specific age range a person needs to be to become a screenwriter. Life experience gives us an edge for storytelling and understanding perspectives that make scripts more interesting. As such, you’ll find many screenwriters who’ve come into screenwriting as a second or third career change. You’re never too old or too young to submit your first script.

Additionally, it’s entirely possible to succeed with or without college degrees in screenwriting — though having a degree in screenwriting will give you a leg up when trying to get screenwriting jobs. The fact is, when you’re trying to break into an industry, you don’t know what you don’t know. For example, you may write brilliant dialogue, but no one will pick it up if you can’t format your script to industry standards. It comes off as amateurish. While there’s nothing wrong with being an amateur, your work needs to meet a certain level of professional quality.

Ultimately, you have to make the decision that’s right for where you are in your journey. Choose what will help you reach your goals. If you’re not going to take formal classes, it’s important to start with the basics.

If you do decide to pursue a degree, you’ll find that many of the top-rated schools in the US are in the Los Angeles and New York areas. This is great because networking is a huge factor for success in the screenwriting industry. Take classes (even if you don’t pursue degrees) and attend industry events such as film festivals, movie screenings, conventions and mixers as often as possible. When you meet other screenwriters, view them as colleagues instead of competition. You’ll be surprised by the opportunities networking can generate.

Let’s say you have a great idea for a new movie. You first want to pitch the concept to producers. You’ll write a speculative screenplay (usually referred to as a spec script). If the producers want to buy the spec script, they have two options.

First, they can offer to purchase the spec script outright. This gives the producers complete ownership of the concept. After purchasing your spec script, they will have their own writers complete the actual script for production. Sometimes a producer will buy a script just to take it off the market. This usually happens if they feel it would compete with another project they’re already involved in.

Contract you to write the rest of the script

Alternatively, the producers can offer you a contract to complete the script, usually with other writers. This process generally has three parts:

Typically, productions will pay screenwriters as they deliver each part of the process. So, you will receive a payment for the film treatment, first draft and final draft separately. Once the producers are satisfied with the final draft, your work is complete.

If a production contract you to write a treatment and scripts, you could make $50,000 to $140,000 by the time the final draft is complete.

Submitting scripts for shows and episodes

Pitching ideas for television is essentially the same as spec scripts for feature films. The producers may purchase your script concept or create a contract for you to finish the script. If they hire you, the story treatment process is a little different from feature films. It’s much shorter and must include the episode-by-episode breakdown for the storyline. Then, you’ll write the teleplay. A teleplay is the final script for each episode. Producers pay you for each teleplay separately, based on the contract.

Since this type of screenwriting is often ongoing with the possibility of additional seasons for many years, the income potential is much higher. If you’re one of the masters in television scriptwriting, you might make around $50,000 per episode. However, the average is closer to $15,000 per episode. These amounts would be paid in two parts, a smaller payment for the treatment and a larger payment for the finished script.

The gaming industry is huge right now and still often overlooked. From The Last of Us to Fortnite, every game with a storyline has a script. Video game writers are freelancers contracted by gaming companies. They work directly with the game developers to create characters and plots for each game. It’s a complex screenwriting job because modern video games often have non-linear and interactive storylines.

Freelance screenwriters in the gaming industry make up to $115,000 annually, with a median income of around $60,000. Many indie game companies work a royalty payment into the contracts, while larger companies may include profit-sharing bonuses in addition to salaries for their writers.

What else do you need to know?

First, you can find screenwriting jobs in places you may not realize. News broadcasts, talk shows, documentaries and animated series all require scriptwriters. Everything in commercial advertising follows a script. There are writers for companies and individuals creating content on YouTube. There are even scriptwriting jobs for podcasts and audio shows.

Secondly, most Hollywood and indie production companies have employees who read the piles of spec scripts they receive each week. They are well-versed in filtering through hundreds of scripts to find the best fit for their company. They also reject hundreds of scripts. If you’re writing scripts professionally, you’ll need to accept that you will receive rejections often. However, don’t let that deter you from sending your scripts to producers.

Also, as streaming companies create their own production divisions, more avenues are opening. Some, like Amazon, accept unsolicited spec scripts. Others, like Netflix, only accept scripts from their associated agencies and distributors. It’s important to understand the expectations before trying to submit anything. Following their guidelines will give you a greater chance of getting your script seen.

Guilds and agents can elevate screenwriters

If you want to write scripts for a living, consider joining a writer’s guild, depending on your country and area. Writer’s guilds are the labor unions for writers. They standardize minimum payments for various kinds of works to ensure writers receive fair payments. A writer’s guild will usually have health insurance available as long as you are working enough to meet the income requirements each year. They will collect fees (around 1-2% per payment). However, your rights will be better protected and you may have a higher income overall.

Lastly, we strongly recommend hiring an agent if you want a job as a freelance screenwriter. Agents are essentially your personal promoters. Having an agent will dramatically impact the number of times producers see your scripts. More importantly, when someone wants to buy your script, you’ll likely make a lot more money. Sure, some of the money you make will go to paying your agent (usually about 10-15%). You will still end up pocketing more in the long run. Plus, agents do a lot of the administrative work, which frees you up to do the creative work.

So, if you want to work as a screenwriter for your job, it’s certainly possible. Just remember, it will take a lot of research, time, practice and networking. 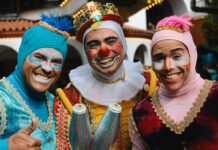