Overacting is often considered distracting to the audience — something to be avoided. However, there are certain instances when overacting can be used in a way that supports the overall intention of the film.

Let’s take a closer look at overacting, what it is and why it’s usually considered a bad thing. Then we’ll look at a few famous examples of overacting from movie history. By the end of this article, you’ll know when to avoid overacting in your work and when to embrace it.

Overacting is acting that is exaggerated and unrealistic. It’s sometimes referred to as hamming or mugging, as in “hamming it up for the camera.” You might also hear someone say an actor is “chewing the scenery” when they’re overacting or over-emoting.

This type of acting is often an element of melodrama, which portrays an exaggerated reality to tell an overly-dramatic story filled with powerful emotions. Likewise, overacting is used to express emotions that are intense to the point of absurdity. Also related is camp — a type of entertainment that is deliberately exaggerated for comic effect. While both ‘melodramatic’ and ‘campy’ can be used as insults, these styles can also be used quite intentionally to tell engaging and entertaining stories.

Overacting is particularly common with novice actors and when theater actors transition to the screen. In theater, actors need to project their voices and portray clear expressions that are readable even from the balcony seats. However, the camera is, of course, much closer; it captures more subtleties. In most cases, overacting is considered a mistake and the actor’s performance needs to be adjusted accordingly.

On the other hand, in a comedy or comic book movie, along with certain other genres, overacting may be viewed more favorably. Comedy often centers around outlandish characters in ridiculous situations, which means a melodramatic performance won’t seem out of place. In superhero movies, over-the-top performances can emphasize a character’s altruistic — or evil — intentions.

Why is overacting considered bad?

As we mentioned earlier, overacting is often seen as a mistake or a sign of inexperience. But why? Don’t audiences want clear signals whenever a character is feeling an emotion?

Well, no. The truth is that we humans are usually already skilled at reading each other’s emotions. We don’t need a lot of instruction as long as we can see one another clearly. In theater performances, this can be challenging. Even though the actors and the audience share the same physical space in a theater performance, the stage puts distance between them. This means actors need to put on big performances to get the correct emotions across to the audience.

By contrast, cinema actually brings us closer to those characters. The camera can pull us in for an extreme close-up on our protagonist — close enough to details like a tense jaw or a sideways glance. Because we can see such details, exaggerated performances become distracting. More subtle performances feel more authentic and realistic since they more closely mirror our lived experiences.

How to recognize overacting

Sure signs of overacting include big facial expressions and gestures, sudden surges of emotional intensity and comically absurd reactions. An actor might contort their face and wail in grief or throw themselves against the floor. An elated character might jump and cheer or break out into spontaneous dance.

While we might have a few friends like this in our real lives, the majority of people don’t act like this often. When these behaviors appear on screen without proper motivation and context, it becomes a problem. Let’s take a look at some examples to better understand what overacting looks like.

One of the most talked about examples of overacting comes from Frank Perry’s 1981 film “Mommie Dearest.” Critics of the film often question Faye Dunaway’s acting decisions in her portrayal of Joan Crawford. One scene, in particular, draws the most attention: the wire hangers scene. In this scene, Dunaway, as Crawford, becomes enraged at the presence of wire coat hangers in her daughter’s closet. “No wire hangers!” she bellows, her angry red lips made prominent by her white face cream.

An L.A. Times review from around the film’s release called the performance laughable. Another reviewer went to a 2013 midnight screening — a fate befallen on many a cult classic — and mocked “Mommie Dearest” as an “unintentional comedy.”

On the other hand, some reviewers thought the portrayal added intensity to the already dramatize bio-pic. Calling Dunaway’s performance “startling” and “ferocious,” Pauline Kael acknowledges the campiness of scenes like the wire hanger scene but insists that Dunaway’s investment in the part “transcends camp.”

You’ve probably heard of this infamous cult favorite. Routinely named one of the worst movies ever made, “The Room” is the brainchild of writer, director, producer and star Tommy Wiseau. Indeed, Wiseau’s simultaneously stiff and exaggerated performance is one reason the film was so widely panned — though there are certainly also deficits in the plot and production value. There are reasons the film has a two-star rating on IMDB and scores a 26 percent on Rotten Tomatoes.

While it would be hard to qualify Wiseau’s performance as good, his portrayal of Johnny in “The Room” has garnered him some fans. “The Room” has acquired a cult following that revels in the absurdity of his performance. If the film were merely mediocre rather than spectacularly terrible, would people still be watching it? Would James Franco have immortalized the film’s production story in “The Disaster Artist” (2017)?

Times when overacting is good, actually

Critics often complain about overacting because it makes a movie less realistic. Luckily, realism isn’t the only metric of good cinema. On the contrary, some actors, like Jim Carrey, Nicolas Cage and Samuel L. Jackson, have made a name for themselves through their larger-than-life performances.

For instance, “The Fifth Element” (Besson, 1997), is practically built on overacting. Filled to the brim with outlandish characters, the charm and longevity of this beloved classic comes from its over-the-top performances and mad-cap plot. Overacting works, in this case, because the extreme reactions portrayed by characters like Gary Oldman’s Zorg match the world-ending stakes of the plot and the hyper-stylized sci-fi setting.

These are just a couple of examples when overacting worked to enhance the viewing experience — proof that big emotions can find a place on the screen in the right circumstances.

Should overacting be avoided or embraced?

Overacting is an exaggerated performance style that portrays larger-than-life emotions. Often decried as amateurish, seeing an actor hurl their emotions across the screen can be as cringe-worthy as it is charming.

So, should you avoid overacting as an actor or director? That depends on the kind of movie you want to make. The key is to recognize when overacting is helping to tell your specific kind of story and when it’s simply a distraction. 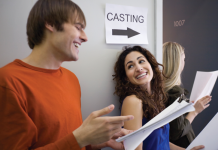 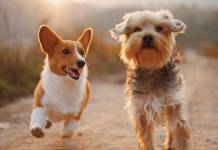 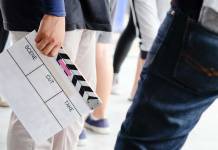 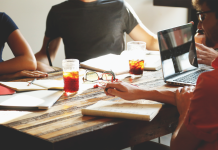