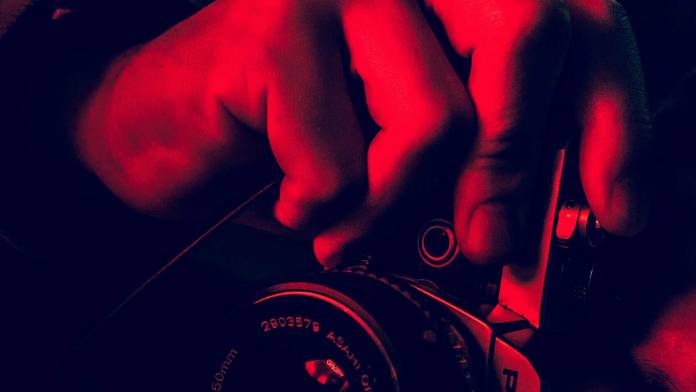 In the last ten years, cheap color-changing LEDs have started to make gels and filters obsolete. With color-changing programmable RGB LEDs, you can change the color of the light in your scene, practically as you’re shooting. And that’s with just one lighting fixture, instead of having to use multiple gelled lights in an elaborate choreography. With the ubiquity of cheap, plentiful LEDs, the sky’s the limit for the creative director or lighting designer. But besides just lighting a scene, what can you do with RGB LEDs? Read on for some ideas.

RBG LEDs are perfect for simulating the colorful glows of nighttime city driving. Is your stationary car set “driving” through downtown? Do you need to simulate the flashing neon lights of Atlantic City or Chinatown? Is it the holiday season in your screenplay, calling for the reflection of Christmas lights in your cast’s glasses? RGB LEDs can do that for you! You can even use the exact same lights to simulate passing cars or trains, traffic lights and other common roadside lighting scenarios.

Furthermore, did you know that nowadays, most major North American cities have moved or are moving to LED street lighting? It’s true! If you’re old enough to be reading this in 2019, you’re probably old enough to remember the orange-yellow glow of the traditional sodium vapor street lamp or the washed-out greenish light of the mercury vapor lamp. Those are now artifacts of the past! Most cities have switched over to LED street lamps.

What does that mean? Once upon a time, you had to use expensive full-spectrum lights gelled with specific colors to make your lights match the specific colors of common street lights, or everything looked fake. Now that cities have switched over to cheap LED lights, it means that you can now use cheap LEDs to simulate modern street lights. Moreover, it will look right to the casual viewer — or at least it will once we un-train our brains to expect orange light from street lamps.

Once upon a time when I was a young PA, the lunatic director of the feature that I was working on decided that he wanted a love scene in a grotto-like spa to be lit entirely by hundreds and hundreds of candles. The idea was that IKEA was selling sacks of 50 tea-light candles on clearance. So, why not make me, the poor PA, pop down there to buy all the candles they had on hand, set them up, light them, and keep them lit all night?

Of course, you can see where this is going. Those tea-lights became the bane of my existence. To this day, I can’t look at a tea-light without breaking out into hives. First of all, have you ever considered how much heat three hundred burning tea-lights put out? Neither had the director. Furthermore, this grotto was half-outdoors, so the wind kept blowing them out. Add in the splashing from the cast moving around in the spa, the hot wax melt that made everything incredibly slippery, the fact that tea-lights burn out in 2 hours and we were out there for at least 5 — it was one of the worst nights of my PA life.

Nowadays, you can buy extremely realistic battery-powered LED candles. They flicker just like real candles. So, unless you’re right up on top of them, you absolutely cannot tell the difference between the LED candles and the real McCoy. If I were shooting that scene today, I’d have maybe a dozen real tealights for “hero” shots and the rest of the grotto would be filled with the non-melty, non-smoky, non-burny LED kind.

You can also buy LEDs programmed to simulate the flickering flames of an open fire. They’re meant for fake fireplaces but can be used in lieu of many fire effects in a pinch. Obviously, you probably don’t want to shoot directly at them, but for reflected lighting, and with the setup and sound effects, they’re almost impossible to tell from the real thing.

Nothing says “it’s future times!” like things that light up that shouldn’t light up. It’s a cheap effect, but totally ubiquitous in smash hit pictures like “Blade Runner,” “Star Wars,” and “Tron.”

Using RGB LED strip lights, you can make anything glow from inside or around the bottom or edges. Need to sell an antigravity device? Strip lights around the bottom of a plastic box or drum, add a little smoke and a clever sfx rig and you’re all set. Need your laser gun to glow purple from the inside? Strip lights behind a frosted plastic diffusion panel. Need to quickly establish that your hero is trapped in a motel room… of the future? Colored strip lights under the bed, behind the mirror… you get the idea.

Look, is it a little cheesy? It is. Don’t overdo it. Yet, movies have trained us to believe that things that light up for no reason mean that we’re in science fiction times. So, there’s no shame in exploiting that fact.

Do you long for the surrealistic color palette of 1970s Italian Giallo pictures? Well, you’re in luck! In short, bright, unnatural mood lighting is very much on-trend nowadays. From the lush, color-drenched dread of Nicholas Winding Refn’s “The Neon Demon” (2016), to the bizarre, surreal reds and magentas of Panos Cosmatos’ blood-drenched “Mandy” (2018) (featuring Nicholas Cage in an extremely Nicholas Cage performance), movies are once again exploiting the full range of moody, distinctly non-diegetic lighting schemes.

“The Neon Demon” used the innovative and very pricey Digital Sputnik lighting system to get the effects that they wanted without gels or hot-swapping lights. This was used to give their post-production color correction team the maximum amount of data. Moreover, Digital Sputnik and systems like it aren’t cheap. However, you don’t have to break the bank to achieve similar results! Sure, it’s a bit more work, but you can get the same kinds of tones from regular RGB LED lighting panels at a fraction of the cost.

Do you need a cop car outside the kitchen window? LEDs can cycle through blue and red. Is there light reflecting off of the water? Use RGB LEDs to simulate a shifting, irregular light pattern in shades of green and blue. Is it sunset outside your rustic log cabin? LEDs can get you that perfect shade of reddish light. Is your mysterious alien artifact melting the faces off of your villains? If RGB LEDs were available back then, I guarantee you that Tarantino would have used them inside the famous suitcase in “Pulp Fiction” and Alex Cox would have used them for the car trunk in “Repo Man.”

This article has scratched the surface of what you can do with RGB LEDs, but your imagination is the only limit. They’re light and portable enough that you can buy some and experiment with them. Plus, they’re cheap enough that buying a few panels just to mess around with won’t break the bank. They’re cheaper than traditional studio lights and they look better than trying to add color in post-production color grading. Why not give it a shot? Let us know how it went in the Videomaker forums!