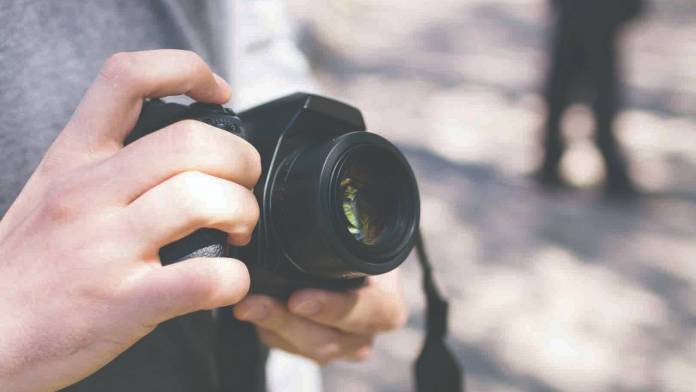 Have you been wondering how to improve your footage? Maybe, you’ve been thinking, “I really need a better camera?” To improve your production’s overall quality, your camera isn’t as important as proper planning, framing your shots, lighting your subjects, and recording good audio. With the properly applied techniques, your cinematography or videography can look amazing with almost any camera.

To ensure we’re on the same page, let’s consider a low-cost camera as one that retails for less than $1,000. In that price range, you might own a smartphone, camcorder, DSLR/mirrorless camera, or even an entry-level cinema camera. Regardless of camera cost, the production methods are very similar, if not the same; so, even if you were to use a more expensive camera, the following techniques would still make your footage better.

What is a high end look?

Do you want your work to look more like Game of Thrones or Crazy Rich Asians? Maybe, you think a high-end look can only be achieved with footage taken with expensive camera packages and complex post-production workflows? It’s important to know that creating a high-end look is really more about having your footage match the subject matter and making sure the look of the footage stays consistent.

In cinematography and videography, you’re telling a story. That story can be anything from Lord of the Rings to a how-to video on installing tile flooring. The look of your footage should match the story you’re telling. Let’s say your footage is dark and grainy, and it’s hard to see your subjects. If you’re shooting a romantic comedy or a sit down interview, people may not react favorably to it. However, that same look could be perfect for a horror film. The better the footage matches the story, the more polished your production will look.

Having your footage look consistent has to do with technique. For setups that are meant to look similar, you want to make sure that your highlights, shadows, and color match from shot to shot and scene to scene. This also helps your shots stand out when they are meant to look distinct, like when you want to imply a different time, location or emotion. This type of consistency should be applied to your framing and your camera movement. It’s important to make sure that your footage has a common feel so when you break from that, it really highlights the change. Consistency is even more important for the timing of your edits. Most people don’t notice edits directly, but they respond to them emotionally.

As surprising as it may seem, most viewers will not point out sound unless it’s so bad that the dialog is inaudible. Paradoxically, instead of pointing out the audio problems, they are much more likely to say that the footage looks bad or is low quality, even when it’s the audio that really needs work. Good sound makes your picture look better to most people; so, depending on what you’re doing, sound may be more important than the picture.

How do you get quality footage?

It all starts with planning. Typically, having a less expensive camera means you have less resources, in general, to support your productions. This makes planning more important because you’ll have less to work with when something goes wrong or when you have to make a change. Map out everything that you want to see and hear in your production in advance; then, figure out the equipment and resources you’ll need to get your production from pre to post. Equipment lists, production notes, shot lists, and storyboards can not only make your productions run smoother but can also help you have a better finished project and have more fun making it.

Since the Lumière brothers introduced the film camera, creators have borrowed techniques from prior productions. With this in mind, look at footage that’s similar in theme and emotion to yours. With planning, you can create a similar look for your production. Don’t worry about your footage looking “the same” as someone else’s. Since your subjects, locations and story will probably be different, it will look unique to your audience. Even if it doesn’t, people don’t watch westerns to see something different visually; they watch them to see a good story. If your story and production quality are good, your audience will respond positively.

Get to know your camera

I don’t mean that you should have an intimate conversation over a candlelight dinner with it. What I am suggesting is that you learn every feature and operational function. Typically, less expensive cameras lack functionality. They have fewer features and are harder to operate, making them less versatile than higher-priced cameras; so, some functions on lower-priced cameras may not be practical to use with the way you shoot, like settings that are too deep in menus to change while shooting. When comparing the differences in price between cameras, it’s often not so much about overall image quality; rather, it’s the intuitiveness and ease of use of the camera.

Let’s go over some common challenges with cameras and what techniques and hacks you can use to work around them. For many of these, you’ll have to set your camera to a mode that allows manual setting adjustments.

The wind can create noise that is impossible to remove from your audio in post. Here are some ways to prevent that.

Insulate the Mic: Use a windsock, zeppelin or other device designed to shield your mic from the wind.

ADR: This is the process of recording audio in post to match the audio recorded during production. Often used in scripted productions and for voice-overs in documentary projects, this may be the solution for your bad audio.

Wrap the mic: Modify a windsock that’s built for a different mic to fit yours. If no sock is available, try wrapping the mic in foam or fabric to block out the wind.

Lav and subject placement: Attach a lavalier mic to your subject and have them stand with their back to the wind. This can often block all or most of the wind noise.

Hiss in the audio

Hiss is usually caused by one of three things: audio that is recorded without enough gain (too low of a level), problems with the recording components creating the audio, or camera noise. Here are some ways to combat hiss.

Proper audio gain: If you have a hiss in the recording, manually increase the gain (recording level) to eliminate the hiss. Be careful not to adjust the gain so high that the audio distorts.

Secondary audio: Some cameras are noisy. Often you can’t get clean audio from the camera’s attached mic or from connecting mics to a camera. In this case, use mics with an external audio recorder for less hiss.

A camera’s dynamic range (DR) is the latitude from the darkest to the brightest image reproduction. Because smaller cameras usually have limited dynamic range, you may need to use a combination of the following techniques and hacks to control how your camera reproduces highlights and shadows.

Proper lighting: The greatest of cameras can not compensate for light that doesn’t support your story. Take the time to test different lighting setups so you can find where your camera will perform best for the look you want. Unless your shooting in the style of a run and gun documentary or a live event where you may not have control of the lighting, this will be your most valuable production technique.

Control your iris: Open it wider for brighter footage; close it some to make the image darker. More light often gives you more detail in the shadows but less definition in the highlights. You should experiment with this because it can be a real balancing act.

ISO, exposure, gain: These functions are similar in most cameras. The greater the number represented in the control, the brighter the image will get. You can make your shadows brighter, but at some point you’ll start to get noise/grain in the image. The amount of noise that is acceptable depends upon the look you have in mind.

Neutral density filter: ND filters lower the amount of light hitting the camera’s image sensor which makes the image darker. Most low cost cameras don’t have built-in ND filters, but you can often use screw ons or mount them in other ways.

Rock that shutter: Many cameras, even those on phones, have electronic shutters. Normally you might not use them; but, turned up, it will darken the image. High shutter rates also give a staccato or choppy look to the footage. It’s a look that has been popular for action shots in films for years, and it may be a good match for some of your footage.

Stack your NDs: One ND filter may not be enough. You can stack filters two or three thick to block enough light on a sunny day. You may need to use oversized ND filters and stepdown adapters to prevent the filter from cutting off the corners of the image. A good example would be using 67mm NDs stacked and a 67mm to 58mm stepdown ring to attach them to the 58mm filter mount of your lens.

Many productions want the look of a shallow depth of field (DoF) so the subject can stand out with the background behind them blurred. There are a few ways to obtain this look.

Control your DoF: A larger aperture (iris openning) combined with a larger focal length for your lens (i.e. 100mm or 200mm) will give you a larger depth of field and a background that blurs more.

Simple backgrounds: A background with very little detail can give you a look similar to that of a shallow depth of field.

Test all of your production gear to find its strengths and weaknesses.

Test all of your gear to find its strengths and weaknesses. Set up shots that are the same or similar to what you want in your production; then, test the equipment you plan to use along with your intended workflow. You might also want to try different types of camera support to see what works best for you. You’ll find that some common camera features like image stabilization may not work well for all types of shooting. Also keep in mind that just as your camera can’t fix bad lighting, a great audio recorder can’t fix bad microphone placement.

With a combination of field tested production techniques and tips on getting the most out of a low-cost camera, you’ll be ready to maximize your production’s quality. Best of all, it won’t take long to start using these skills on your next project, so go out and plan your production, test your gear and have a great time shooting. 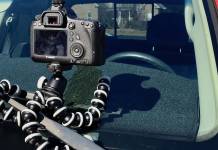