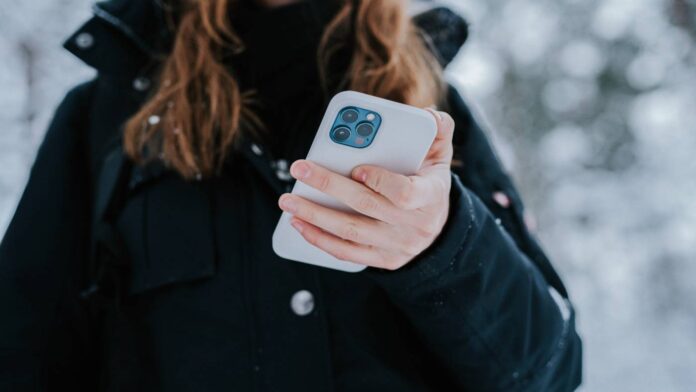 Apple has been consistently improving the iPhone’s slow-motion video feature since the iPhone 5s series first launched in 2013. From the iPhone 5S to today’s latest models, iPhones have helped their owners to capture slow-motion footage on the go.

The iPhone’s slow-motion feature is quite impressive. You can take your videos and slow them down all at the touch of your fingertip. It’s astounding because it’s never been easier to capture slow-motion video. So, whether you’re looking to add some “zing” to your videos or want to add a cinematic look to your next project, slow-motion is the way to go.

How slow-motion works with the iPhone

iPhone models with slow-mo technology record videos at 120 fps — half the standard shooting speed. But if you own an iPhone 8 or newer model, videos can record at 240 fps. The slow-motion effect allows you to capture great outdoor and action footage, such as nature and sporting events.

Which iPhones feature the slow-motion effects?

The slow-motion effect became a standard feature on iPhone camera models with the iPhone 5S. Now, the A11 Bionic chip powers the iPhone 8 and newer models. The iPhone 11 and later models can shoot with their rear and front cameras. The iPhone 12, considered to be one of the best camera phones, records 120fps at 4K for HDR video and comes with superzooms and more than three cameras. If you have an older iPhone or plan on switching, the iPhone 12 can shoot 1080p at 240 fps with excellent slow motion quality. However, if you are not looking to upgrade your phone, that doesn’t mean you can’t still create memorable video in slow-motion.

How to adjust the slow-motion feature

The fps and the quality of your video will depend on the iPhone model you own. Adjust your slow-mo settings to the highest quality for the best effects. Also, make sure to check to see how much storage you have before recording. Video files can take up a lot of storage. Once you do that, follow the steps below to adjust your settings:

Now you’re ready to have some fun with your slow-motion video clips.

After opening your Camera app and choosing your phone’s fps, tap the “record” button on the phone’s screen or the side volume buttons, depending on your model. Keep in mind that unless you have an iPhone 11 or 12 or above, you can only use slo-mo with the rear camera. When you’re ready to stop shooting, just tap the record button again and your footage will automatically save in the phone’s photo library.

There are several different techniques at your disposal to slow down your video clips; no outside equipment is necessary. Using preinstalled apps can slow down or speed up your footage. With the Screen Recorder, you can change the speed of your video on your iPhone. The app’s built-in video editor can give you one of the best slow-motion effects.

Just follow these steps to launch the Screen Recorder app and set your next stunning slow-motion video clip:

Slowing down a video with iMovie

Another way you can make your iPhone video into slow motion is to use the iMovie app. It’s Apple’s native video editing app and it’s totally free for Apple device users. Just follow these few simple steps if you want to slow down or speed up video on your iPhone:

Using the iPhone Photo app, you can do some basic editing right in the phone without having to transfer footage to a computer. With the Photo app, you can trim, straighten and crop iPhone videos. You can also change slow-mo to regular speed. The iPhone Photos app can also change the appearance of your slow-motion video by fine-tuning the exposure, contrast and color.

To access the editing tools in the Photos app:

Remember that you are not limited to basic editing tools. If you’re looking to add more excitement and art to your video clips, the App Store offers advanced slow motion and fast motion video effects with the Slow Motion Video Fx Editor. You can create tons of really cool effects from capturing screenshots to stop motion effects on your videos. Videoshop is also one of the most powerful video editors available in the App Store that allows you to edit slow-motion videos. It gives you the best post-production features, such as adding text, adding a soundtrack, changing transitions and much more.

Slow down to your heart’s desire

The iPhone offers a variety of creative, easy-to-use apps and tools to produce fun and imaginative slow-motion video clips. You can capture photos while shooting in slow-motion. You can also create slow-motion videos on both the front and back cameras, depending on which iPhone you have. There is no limit to what your imagination can do with these tools. With a few basic and simple steps, you can join in on a fun and inventive way to make your own slow-mo videos that can really stand out and impress people.