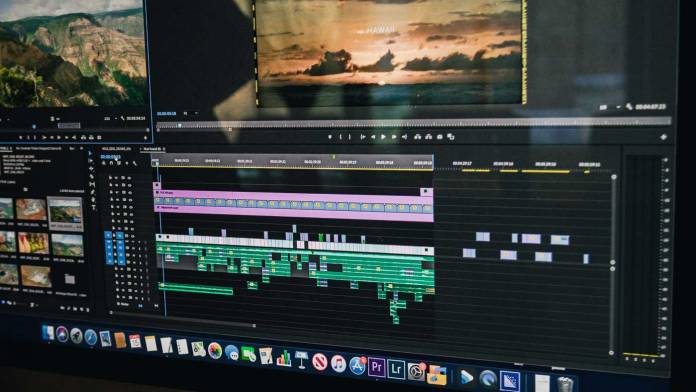 If you are shooting and editing a video project, it is best to plan before you even press that record button—especially if you plan on shooting hours or even days of footage, and you are looking for pristine results. But keep in mind that every project differs in the editing stages of video productions.

For example, shooting an interview can become an editing nightmare if you are only using a single camera. However, with two cameras, you can capture two different angles and avoid the mistakes so many aspiring and hobbyist video producers make along their rewarding careers and endeavors. Those mistakes usually materialize when you playback those wonderful moments of footage from weddings, vacations, parties, graduations and other special occasions.

The most common errors are often recognizable to experienced or professional videographers. The novice or hobbyist, however, might see an issue but may not readily know what the problem is or how to correct it. This is when you need to explore every editing option available to you and your project. Let us start by first identifying some of the most common issues that arise during editing.

To use or not to use the jump cut? That is the question when it comes to editing. Many vloggers on YouTube love jump cuts, mainly because they save time, and it is a popular technique that allows you to take a single shot and cut time out of the same frame. But in traditional editing, jump cuts are regarded as taboo, mainly because they cut a segment of the action, leaving viewers unsettled.

What jump cuts do is cut out sections and push the action ahead in time. An example is when you see a bride and groom at the altar, receiving their vows, holding hands, then the scene jumps to them kissing in the back of a limo, driving off to their honeymoon. We missed the part where the groom kisses the bride, when she throws the bouquet and all of the other exciting wedding events that happen after the ceremony. Another example is when a mugger sticks up a victim in the alley, pointing his gun at the victim, then we see the mugger walking from the alley counting money. The audience realizes he just robbed the victim, but we never saw it happen. That can be agitating to the viewer.

The best method to fix jump cuts is to avoid them altogether. Or, while filming, set up another camera angle and cut to a different angle in the same scene. By doing this, you cut in on the action. Or you can use a transition. For example, if a hand is reaching for a gun on a table, cut to different angles of the hand as it reaches for the gun and picks it up. Do not have the hand reach for the gun, then cut to the hand shooting the gun before the shooter picks it up.

The best method to fix jump cuts is to avoid them altogether.

Another sure-fire way to ensure continuity in a scene is by exploring all of your editing options and even considering storyboarding shots in particular scenes. But if that proves to be too daunting or time-consuming, you can hide jump cuts by either cutting to B-roll or cutting to stock footage.

A match shot is a cut from one shot to another. The arrangement of two shots matches the action or subject or the subject matter or a subject-object. They occur when an editor cuts from one camera angle to another, but where the camera angles are often alike. A good example can be found in movies like Gladiator, where you start with a long shot of a sword fight in the arena, then cut to a medium shot of the combatants locking swords.

In color matching editing, a regular problem is usually mismatched colors.  This normally happens when lighting conditions change during shooting. Or when the footage comes from multiple cameras that were not white balanced correctly.

To further understand how to use match cuts effectively, check out this article on Videomaker:

The only way to avoid inconsistent color is to color correct the off-balance footage. You can do this in popular editing software such as Adobe Premiere or Final Cut Pro. Find the shots with the colors you selected and correct the balance of the shots in the scene to match for a smooth edit.

Another usual issue that arises during editing is framing. Sometimes, the frame cuts off a subjects head or you have too much space above or around your subject.

Before recording, you need to be aware of your subject’s background and plan your shot carefully. Take note of empty spacing or when important objects need to be within the frame. You can edit this using editing software that allows you to keep your aspect ratio and give you room to manipulate your shot.

Transitions are typically used to move from one scene to the next. In most video projects, Dissolves and Fades are widely used to give a transition a more visual appeal than a straight cut. Sometimes transitions add artistic and graphic style to editing videos. However, at the same time, they can be less than appealing to the viewer. Poor transitions can yank viewers from the scene.

Limit your transitions to the necessary breaks by making sure they match and tie into the overall look and feel of your video project scene to scene. Also, use editing software that allows you to trim your video to get the proper length. Usually, you see incomplete transitions using wipe transitions. You can fix this by broadening the previous clip. You can also shorten or trim a video clip on the editing software’s timeline. This will allow you to cut long, lengthy shots or scenes.

Most video editing software programs allow you to make audio edits on the timeline. There are usually two to three audio sections: music, voice and clips audio. You can disable audio from your footage if you do not need it. Basically, you mute the audio track altogether. Or you can have music over of your track, drowning out the audio or blending in with the voices on camera. Adjust the audio until the voice and music blend symphonically together without one sound overpowering the other.

Keep in mind that bad audio makes bad video. During production, you should research quality mics and sound repellant devices that helps reduce background noise and wind. But during editing, you can fix these problems and other audio errors by using audio mixers and paying careful attention to each sound in the video. You can delete, hide or adjust sound in your videos when editing.

Another critical issue during editing is synching audio. Audio syncing issues throw off the viewer, and they are the worse mistakes one can make during the editing process. Generally, when moving clips around the timeline, you can have things move in and out of sync. In many cases, the software you are using alerts you to this mistake. When it comes to speech and a person’s lips moving in synch, locate the point where you notice the issue, split the clip, and calibrate the audio so that the lips and audio move in sync.

In order for your video project to have a rhythmic flow, you must understand the fundamentals of pacing. It is one of the most vital parts of editing.

Nearly every professional editor will tell you if you are cutting a scene with a lot of action, you will want the pacing of the edit to be fast. Then, once you have established that, you will want to stick with it until the scene changes, and the pacing needs to change. Keep an eye out for scenes and shots that either trail too long or are cut too short. Find ways to alter the shot so that it has a rhythmic flow to the story you are telling viewers visually.

To learn more about and gather a better grasp on editing your videos and mistakes to avoid, check out these informative articles:

There are other common editing mistakes to consider before shooting your project, whether it be a vacation video, wedding video, interview, cinematic feature, etc. Before you even start shooting, plan out your project. What are you shooting? Where are you shooting? Who are you shooting? What’s the occasion or event? You can avoid common mistakes by first understanding what it is you are capturing and what it is you are trying to say. That will make the editing process a lot easier. Keep in mind that the objective of editing and fixing mistakes is to tell your story while being creative in the process. You do not always have to follow the rules, but understanding the basics puts you in a better position to win half the battle. And that means producing polished videos with pro-like results.