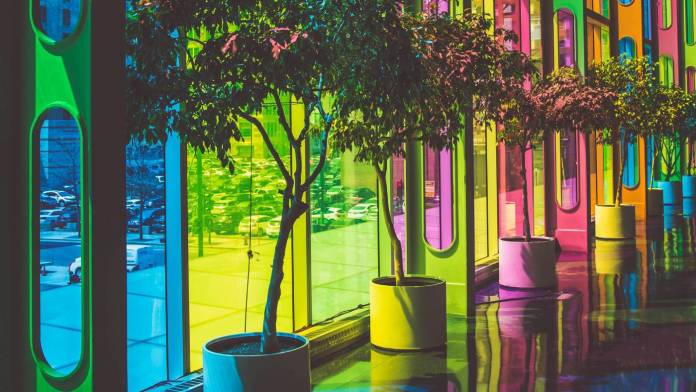 Color correction and color grading are terms that are often used interchangeably, even though these two processes have different purposes. It’s imperative to know what these processes are, their function, and how they differ if you want to color edit your videos correctly.

In this article, we will define the differences between color correction and color grading. We will additionally talk about why they are essential to the post-production and how they both are used together to create a finished film. Both are essential to movie making, but while sometimes they might be confused for one another, they are very different. Yet, at the same time, they are both intertwined with each other.

As stated earlier, the terms color correction and color grading are oftentimes used interchangeably. However, it is inccorrect to do so. They both refer to different processes for editing color in video. Let’s take a look at each process individually so we can rightfully compare the two.

Color correction is concerned with fixing color issues and making footage look as natural as possible. So think of this as a repair stage. This is where you would fix any issues with the original color in the footage and make it look clean and real. Color correction is usually done first. Before you can start making creative color changes, the color needs to be corrected and normalized in every clip you’ll be using in your edit.

Why would you color correct video?

The whole point of color correcting clips is to ensure that the next step will go as smoothly as possible. You want to have full control of the color. If you are changing the mood and tone of the clip, you need to be sure that the foundation you’ve set up for yourself is solid. It’s essentially the fixing stage you need to complete before you can get into the more creative side of color adjustment: color grading.

Color grading is a more creative step in the video color process. During the color grading process, your goal is to adjust colors to add emotion, atmosphere and a particular aesthetics to the clip. Usually, the aim here isn’t necessarily realism but to give the film a particular look to fit the genre or to make the film pop visually. When it comes down to it, the amount of color grading is up to the editor or colorist. Some make a lot of changes to the color to get a specific visual tone and mood. Other colorists might use little to no color grading if they want to keep the footage as realistic as possible.

Why would you color grade video?

Just like lighting, color affects a mood and feel of a video. The audience will interpret how to feel based on subtle cues in the final image, including color. Color grading is important for developing the emotion of the narrative. This process can be one of the most impactful adjustments you can make to a clip because it determines the message the final image will convey.

Both are color correction and color grading are important

Both color correction and color grading are essential to give a film a finished, professional look. It is important that you make sure the color helps convey the right emotions and tone you want to achieve in your film; using both processes also ensures your film will look professionally produced. Competent color correcting and grading could be the determining factor in whether your audience will be immersed in your film or will just tune out.

Color correction does what its name implies. It’s the process of correcting the color in the original footage, fixing it to look as realistic as possible. After it’s been corrected, it’s now time to color grade. Here’s where editors can make artistic choices as to the tone of the film and the emotions the film will provoke in audiences.