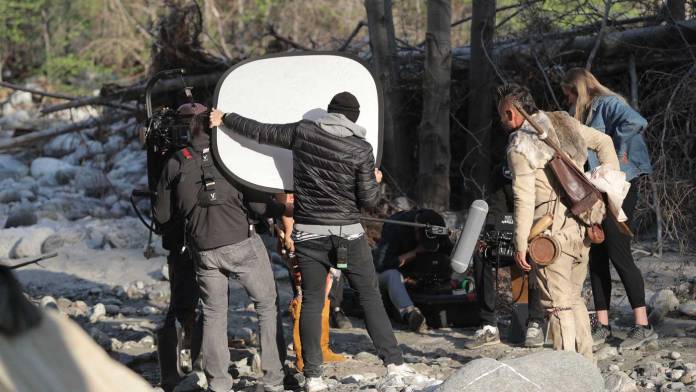 Whether you’re making a short film or a feature-length doc certain rules apply. Regardless of if your project has a budget or is mostly self-funded, pre-production convention suggests that nothing gets shot until the filmmaker has a firm grasp on the subject matter. An understanding of the story behind the documentary is key. Yet, when it comes to unscripted storytelling, a high level of planning isn’t always possible.

Scripted films with clearly defined character and story arcs are created from screenplays tightly packed with conflict, a climax and a satisfying ending. Likewise, journalistically-driven docs made to fit into a broadcast window are well researched and produced somewhat like a scripted movie. While working from a shot list or shooting script, directors control production elements in the field. These include interviews and set-up sequences. Such elements are generally assembled according to a well-structured edit script in post-production.

As a result, funders like the Sundance Institute often insist filmmakers include a narrative synopsis in their funding proposals. Filmmakers must answer, “Who are the characters and what is their journey? What might be different for them from the beginning to the end of the film?”

Despite these demands, most independent doc making (especially character-driven stories) are free of format. The doc can be shaped into any form the filmmakers think will support or improve the storytelling. Thus, independent non-fiction stories are typically shot without knowing what comes next, let alone how the film will end.

Acclaimed Emmy winner and Oscar-nominated documentary director Dorothy Fadiman spoke with the Writers Store towards the end of a 40-year career about non-scripted documentary making: “It means finding a good idea, doing background research and putting together a supportive team; then, once you start shooting, opening yourself to the direction suggested by what you see and hear. This is how you allow your footage to tell you where to go, instead of following a predetermined script.” Fadiman says if you decide beforehand what you want to happen, “you run the risk of missing what may turn out to be the best material.”

Fadiman’s disciplined approach involved watching the footage from each day. She earmarked the best clips as the shooting progressed. This allowed the filmmaker to discover the story as it emerged during shooting.

Fadiman’s disciplined approach involved watching the footage from each day.

Nehemiah Star works with Kartemquin Films, a Chicago-based collective of doc makers focused on social justice filmmaking. In a conversation with Storyhunter, Star echoed Fadiman. Unpacking how he stays in the story of his doc, he mentioned staying connected with his subjects and collaborators.

“They have that ethos of buckling into a story, not feeling like you have to turn something around quickly, but being patient, ready to listen, ready to acknowledge that you’re forming relationships with people,” says Star. “ I see it as a collaboration. It’s a collaboration with the subject, not one-directional. I’m inspired by getting inside daily life, embedding yourself. From an aesthetic perspective, having a lot of verité footage rather than talking head commentary.”

If you do shoot talking heads ask open-ended questions: “You said you grew up poor, tell me how that happened and what that was like.” Have subjects tell you stories rather than answer questions.

British director Nick Broomfield (Tales of the Grim Sleeper) takes collaborative filmmaking to another level. Known for his “run and gun” shooting style, Broomfield records his own sound. He is frequently seen and heard in the final film. Broomfield often interacts with participants, pointing his boom mic at them. Furthermore, he asks for commentary during critical or dramatic moments of the story.

The cinematographer’s eye is the audience’s first entry into the world of the documentary. As a shooter, be cinematic and make every shot count. Nehemiah Star in his 16-minute web doc, Un American Dream, treats the cruel deportation saga of a Lebanese-American father and businessman who is a pillar in his community with cinematic elegance. Every shot, every composition helps propel the story forward, portraying a devastated family embattled with U.S. Immigration and Customs authorities.

Regardless of where you’re pointing the camera, no matter how ordinary the activity, shoot with visual storytelling in mind. When shooting conversations handheld, be unobtrusive. Yet, don’t be afraid to move in and get answers in over the shoulder shots and closeups. Shoot dynamically, handheld or with a gimbal if you can, and shoot any unfolding action as a sequence. Move around to shoot the beginning, middle and end of that action from a variety of angles and again, shoot lots of closeups. One caution to shooters: When shooting for variety and visual storytelling on the run, don’t forget to hold your shots at least to the count of ten “steamboats”.

Use the editing process to uncover the narrative thread

As a filmmaker, you will experience how the story focus can shift during shooting. Sometimes that means throwing away your edit script and building the story from scratch as you find it in the uncut footage.

Most directors will tell you that documentary stories are told twice, once during shooting and again in editing. Directors with an exploratory shooting style will capture unplanned and unscheduled footage of events. Also, people can turn out to be more revealing or more powerful than were planned for inclusion in the film.

Unlike movie editors, documentary editors don’t have a screenplay or marked-up script to guide them in post-production. Once shooting is complete, the doc editor and director will have to find the story in the raw footage and figure out how to tell it cohesively with style and emotion. A paper edit will help, but that too can change as previously unconsidered footage suddenly takes on new importance.

Seasoned UK TV documentary editor Sam Santana says that not every shot selection and every edit decision is about moving the story forward. “Find room for the little things that don’t just give it narrative, but give it legs,” suggests Santana in a Q & A at Sheffield Doc/Fest. Finding emotional and visual gems in your footage requires hours of staying in your seat and watching everything you shot. Repeated viewings — and listenings — will give you ideas about the best use of the material.

In an interview with POV (Point of View), the PBS documentary showcase editor Leigh Johnson describes the different ways she works with directors to tease the story out of raw footage. “I’ve worked in situations where the screening process took months of watching and discussing the footage at length with the director before we could begin meaningfully wrapping our heads around story. And I’ve had experiences where the broad strokes seemed clear from the beginning, and it was possible to dive into rough cutting scenes for a specific character or section of the film right away. On one project I actually rough cut dailies as they came in throughout production, which helped guide shooting.”

Johnson says she takes copious notes when she screens the footage. The first thing she does is create a library of sequences or scenes in their uncut form. She then labels them according to where they might belong in the film.

“I’ve found that staying open to ideas is probably the most important thing,” says Johnson. “Whether they come from the footage, from the director or from myself. I write down and keep track of these ideas religiously, even when they don’t seem any good at first. Every project I’ve worked on has eventually landed me in a completely different place than where I expected when we started out.”

Unscripted storytelling doesn’t mean flying without a net. Don’t rely exclusively on preconceived or scripted ideas for how your film should come together. Rather, stay in discovery mode both during shooting and in editing and remain open to visual and thematic ideas when unfolding the story of your doc. 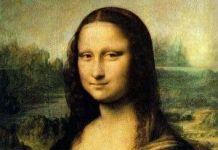 Public domain – what’s theirs is sometimes yours