Advertisement
Home How To Documentary 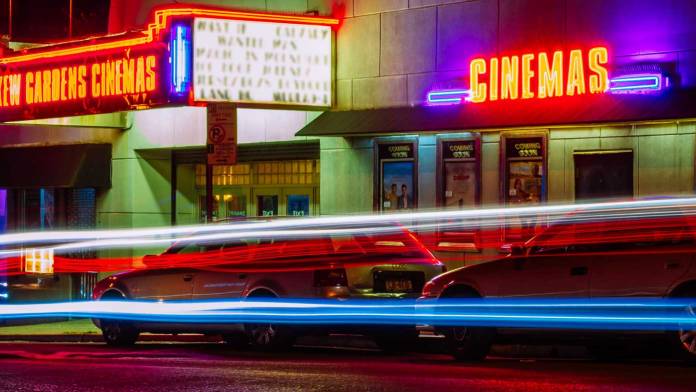 How do you market a documentary? It seems like a simple question to answer. You might try to build a strong social media campaign and apply to as many film festivals as possible. However, this misguided strategy is not enough to get your film noticed.

The real question you need to ask is how do you create a demand for your film?

As an indie doc filmmaker, it’s taken me over a decade to figure out some ways to do this organically without spending thousands of dollars on a publicist. Let’s look at a few examples that work.

The most established and proven way to market a documentary is to show it at a major festival. Obviously, there are key festivals that buyers attend, and the rest of them are worthless. Showcasing your work at the key festivals like SXSW, Sundance and Toronto puts your doc in front of potential buyers and sales agents.

To land a major festival screening, make sure your doc brings something unique to the table. Some examples of doc subject matter are unique access to a subject, exposing some type of injustice or docs about a celebrity subject.

Also important to note; conflict is what fuels character and is at the root of all storytelling. So, make sure your doc story includes conflict to keep the viewer engaged and buyers excited about your film. This will help get your film programmed at one of the major film festivals and get people talking about your doc.

Tease your doc on a major broadcast platform

Get your documentary associated with a recognizable media platform. It can be an entertainment show, newspaper or magazine, or a popular social media blog site. Doing this will help raise the level of interest in your upcoming project and create a demand for your project.

For example, our latest upcoming documentary film, Warrior Spirit—which is about former UFC champion Nicco Montano and the dangers of extreme weight cutting in the sport of mixed martial arts—was featured on a segment of HBO’s “Real Sports with Bryant Gumbel.”

The inclusion of our doc on the HBO segment came about in an organic way, starting with some simple social media marketing.

We started by creating a Facebook fan page for the doc at the beginning of production. To grow the fan base on the page, we posted weekly updates about the film production, shared screengrabs of footage, photos from set locations and updates about our film’s protagonist.

Towards the end of production, we shared news that our protagonist failed to make weight in attempting to defend her UFC title. This post caught the attention of the show producer from HBO, who reached out to us via a direct message about a segment they were producing on extreme weight cutting in MMA.

We followed up with the HBO producer and did a background check to make sure it was legit and everything checked out. After months of correspondence, the segment coming together. We were featured in a segment called the “Dark Reality of MMA” which aired on September
22, 2020 on HBO.

The segment created quite the buzz for our film. Even legendary sports journalist Bryant Gumbel commented directly on our doc footage from the segment.

The result of the HBO segment helped build the profile for our film and as a result, major film sales agents have reached out to inquire about the film’s status.

With so many documentarians having access to a camera and editing equipment, it’s imperative to cut through the noise and give your project a stamp of approval that will make it stand out amongst your peers.

With so many documentarians having access to a camera and editing equipment, it’s imperative to cut through the noise and give your project a stamp of approval that will make it stand out amongst your peers.

Another effective way to market your documentary is to premiere a clip or the trailer of your film at a major event in person.

In the current age of the pandemic, this option may not be as applicable as it once was, but the whole idea of this article is to think outside of the box and create a buzz for your indie doc in an organic way.

Another personal example of this is when we premiered a trailer for our 2015 documentary Beats4Tanner at a major music festival. The doc is about a 16-year-old DJ named Tanner—aka DJ Seebaum—who suffered from terminal brain cancer. With the help of electronic music pioneer and HARD music festival founder Gary Richards—aka Destructo—we were able to premiere the film’s trailer at the HARD music festival in Denver in front of a crowd of 5000 screaming electronic music fans.

Richards, who was gracious enough to share the spotlight with us, gave us a platform to present the film to the public in a unique way, which helped launch the film before its distribution release. The Beats4Tanner trailer premiere at the music festival also resulted in multiple music blogs publishing stories about the film.

So how did we get in contact with one of the largest music festival promoters and DJ’s on the planet you ask?

We met Richards in Las Vegas when Tanner came out to DJ an event at the Hard Rock Hotel on EDC weekend. Richards, whose brother also suffered from terminal brain cancer, felt an immediate connection with Tanner and a relationship was formed.

Not only did Richards participate in our documentary, he also agreed to help us premiere the trailer for Beats4Tanner with his music festival platform. It was an incredible way to launch the film and also inspired other popular electronic music DJ’s from around the world to share the story on their social media platforms.

Obviously, social media will play a major role in how successful your documentary will be. Besides starting a Facebook movie page and sharing your film’s trailer a million times, there might be a better way to create an opportunity for your film with social media with the help of others.

This marketing tip comes with a bit of an asterisk, as it helps to have a protagonist or participant in your film who already has an established platform.

In the case of our 2017 award-winning doc El Pantera, we documented Mexican mixed martial arts star Yair Rodriguez, who is arguably one of the most popular combat sports athletes in Latin America.

He shared the film’s official movie poster on his Instagram page. This led to an inquiry from a Fox Network producer about the film’s status and if it was available to distribute.

After several messages, phone calls, a film festival premiere, a best documentary award and an in-person meeting with the networks acquisition director, we were eventually able to finalize a distribution deal with the Fox Network Latin America. The entire process took around eight months and the inquiry for the film was started by a simple Instagram post.

It’s all about getting creative and hustling

Using the resources in your orbit is key and doing it in an organic way is also just as important. Make sure you use all the social media tools at your disposal and work on building the audience for your film from the beginning of production until you have reached your desired marketing goals for the film.

Lastly, use these examples above to create a demand for your documentary and always keep in mind that the end goal of marketing your film is to leverage a buyer so your doc can reach its audience on a larger platform.