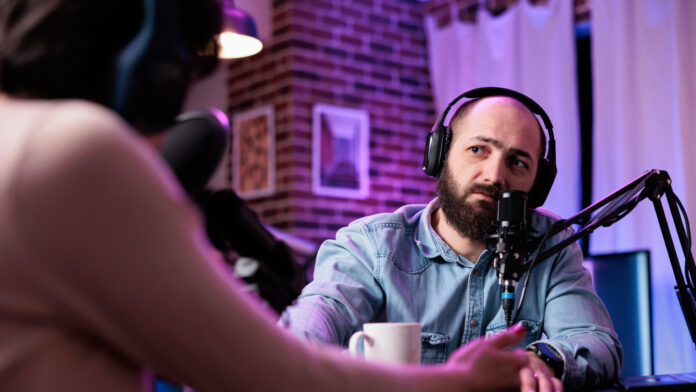 Whether filming a documentary or reporting the news, your goal as an interviewer should be to extract the truth from your interview subject. However, this is not always as easy as it sounds. People lie — sometimes consciously and sometimes unconsciously, sometimes out of vanity and sometimes to avoid real consequences. That means you need effective strategies for getting the truth out when your interviewee is trying to conceal it. Let’s take a closer look at how to interview a liar.

Why do people lie in interviews?

Before we dive into specific interview strategies, it’s important to think about why someone might lie during an interview in the first place. Though the specific reasons will vary from person to person, there are a few broad categories.

For one, the interviewee might lie in order to maintain a positive image or reputation. In this case, they may even be subconsciously lying to themselves about a particular trait or habit out of vanity. Another reason someone may lie is to protect the image of their friends or family. No one wants to cast a bad light on the people they care about. An interviewee may even lie to protect an employer — and themselves by proxy.

More serious liars may be trying to avoid taking accountability for their actions or statements. It’s a lot harder to excuse these sorts of lies since they are often meant to conceal harm done to others. Lies in this category can range from covering up questionable decisions to lying to avoid legal repercussions.

When preparing for an interview, try to consider the specific reasons your subject might lie using these broader categories as a guide.

Other forms of lying

While we know we want to avoid including outright lies in our documentaries and news reports, there are a couple of other less obvious forms of lying that you may encounter. One of those is denialism. This is when the liar turns the interrogation light on you or your sources, casting doubt on your entire line of questioning. The goal of this technique is to frame your facts as illegitimate. The interviewee denies the integrity of the evidence presented to them, allowing them to construct their story under a different framework.

Lying also includes exaggerations and other half-truths. This type of lying takes a kernel of truth and distorts or inflates it to the benefit of the liar. In the case of either denialism or exaggeration, the key is to be aware of what is happening and how it fits into the research and evidence you have gathered before the interview.

How spot a liar in an interview

Thinking about why someone might lie can help you spot lies during the interview. You’ll be more prepared to detect the subtle cues that indicate a lie in progress if you have a sense of when a lie might pop up.

Keep in mind, though, that spotting a lie is difficult, especially when the interviewee is well-practiced in the art of deception. Tells like eye movement and tone of voice will not be accurate for every individual. For example, NBC News points out that, even though gaze aversion is commonly associated with lying, studies show that “liars do not avoid eye contact any more frequently than those telling the truth.”

A better approach, the article explains, is to establish the baseline behavior for each individual interview subject. You can do this by asking a few neutral, open-ended questions at the beginning of the interview. Eye movement or lack of eye contact may indeed be a sign of lying if the interviewee started the interview with a more direct gaze. Changes in speech, such as pitch or pacing, may also indicate a lie.

Likewise, pausing longer than usual or giving more or less detail can also signify that someone is lying. When interviewing a liar, they might use phrases like “kind of” or “usually” to avoid giving definitive details. They may also get defensive around certain subject matter, especially when feeling threatened, or they might begin stammering as they try to weave new details into their lies in real time.

The best way to spot a liar

While body language plays a huge role in how we relate to each other on a personal level, the interviewer-interviewee relationship is a bit different. The very fact of being recorded prompts people to put on a performance, even if they are committed to telling the truth. Therefore, the best way to spot a liar is to ask open-ended questions and demand detail. As the BBC points out, open questions force the liar to expand the lie until it is no longer sustainable.

Similarly, using the Asymmetric Information Management (AIM) technique, the interviewer directly informs potential liars that providing more detail will help investigators — or filmmakers — know what is true and what is false. As a result, liars tend to say less, while truth-tellers will open up with more detail. This helps interviewers identify liars and press them for the truth.

So you’re sure your interviewee is lying to you — what next? Should you just scrap the entire interview and find a new subject? Maybe. But often, the lie, and the fact that the interviewee is lying, is an important and interesting part of the story. You’ll want to make the most of it.

Hopefully, you’ve done your homework in preparing for the interview. That means you’ve thought about how and when the interviewee might lie, and you have the verified facts on hand. This information will help you craft follow-up questions that will force them to either make up more details or revert to the truth. Remember to keep your questions open-ended. Not only will this result in a more interesting interview, but it will also help you expose potential weak points in their story.

Knowing the facts in advance will also allow you to push back whenever you get a lie for an answer. The subject may not like it, but confronting them with evidence will often elicit a telling response. Including such clips in your documentary or news report can be an effective storytelling technique, especially when juxtaposed with more reliable sources of information.

Should you include lies in your documentary?

Whether or not you should include lies in your video production entirely depends on the purpose of that video. If your intention is to educate your audience about a particular subject, leaving the lie in the final product would only cause confusion. On the other hand, if you’re investigating a public interest story or trying to reveal some hidden corruption, including the lie might actually strengthen your message. Think about your audience and what you want them to glean from the interview when deciding what to cut and what to leave in.

Interviewing a liar is tricky; even relatively honest interviewees have plenty of reasons for lying and plenty of ways to hide it. Fortunately, documentarians, reporters and everyone in between can get better results through proper preparation and an attentive open-ended questioning strategy.