What does it mean to find your voice as a filmmaker? NY Book Editors claim an author’s voice simply refers to that writer’s particular style. Thus, this includes nuances that add to his or her unique perspective or tone.

If you’re looking to find your voice as a documentary maker or even as a director of scripted films, this literary criteria can be applied to film. With voice in mind, we can understand what sets the works of individual film directors apart.

Let’s take a closer look at the elements of style, perspective and tone with a cinematic eye. Exploring the works of established directors can inform your personal journey as you grow towards developing our own unique voice as a filmmaker.

When discussing a film’s style, reviewers often reference its production aspects: the cinematography, the lighting and the editing.

The late director Sydney Lumet (Dog Day Afternoon) makes it clear in his 1996 memoir, Making Movies that style is so much more than that. According to Lumet, “Making a movie has always been about telling a story. The way you tell that story should relate somehow to what that story is. Because that’s what style is: the way you tell a particular story.”

Off-beat storytelling is one of the trademarks of Coen Brothers films. The prolific Coens operate across genres and often mash them up, from black comedies like Raising Arizona to surrealism in Barton Fink. Although their approach varies from story to story, they manage to leave their distinctive hallmark on every film.

Making a movie has always been about telling a story.

Thus, the Coens are known for their meticulous story-boarding and populate their films with outlandish, often unsympathetic characters trapped in bizarre and painfully twisted situations.

The trademark style of an Errol Morris documentary will forever be associated with the director’s technological innovation: the interrotron. This two-way mirror rig mounted under the camera produces intimate one on one interviews where the subject is looking directly into the lens and straight into the eyes of the viewer. (The Fog of War, 2003; The Unknown Known, 2013, American Dharma, 2018)

Morris refuses to be identified with any particular documentary style as he explains in a National Post interview: “They can always copy what you’ve done, but they can never copy what you’re going to do. I have tried – and I guess it’s for others to say whether I’ve been successful or not – to reinvent nonfiction.”

Morris’ Netflix series Wormwood (2017) is a six-part exploration of the life and death of Frank Olson, a CIA scientist who took part in a secret biological warfare program. Morris defies convention with a hybrid five-hour documentary that deploys fictional techniques throughout.

To unpack the sinister circumstances that culminate in Olson’s mysterious death in 1953, Morris leaps from in-depth interviews with Olson’s son to fully realized dramatizations of what might have happened. 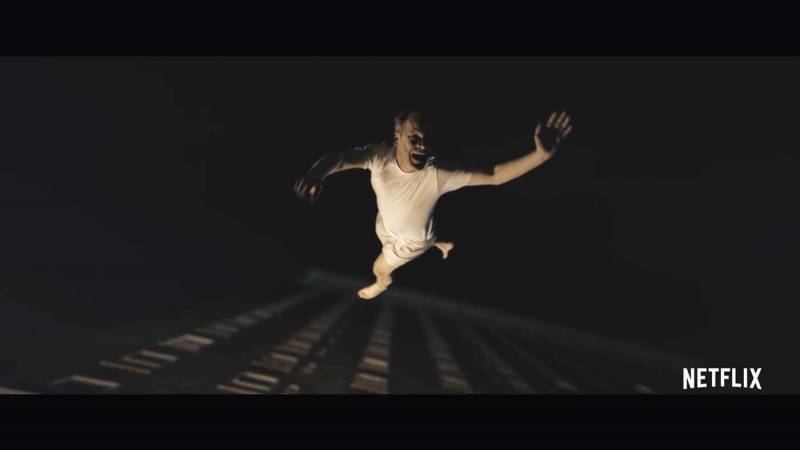 Classic Morris, making something cinematic out of real-life drama, as he did in 1988 when he broke new ground with Thin Blue Line. That seminal documentary presents a riveting reconstruction of a wrongful conviction in a murder case. A New York Times review of Wormwood proclaimed Morris as “Our great cinematic sleuth.”

NY Book Editors define a writer’s perspective as “how the characters view and process what’s happening within the story.”

On his blog L.A.–based filmmaker Noam Kroll puts it this way.

“I would define point of view as the creative choices that you make throughout the filmmaking process that convey your story in a way that truthfully represents how you see the world.”

Morris and the Coen Brothers have expressed unique points of view about the criminal world or criminality and illicit behavior in general which feature prominently in many of their films. In the crime-gone-wrong movies of the Coen Brothers, the perpetrators are pitiable and crime never pays.

Morris, whose long ago career as a private detective funded his early forays into film, is more preoccupied with the elusiveness of truth and justice. In Thin Blue Line Morris meticulously challenges the reliability of human memory.

On her website, author and writing teacher Amanda Patterson defines tone as “an author’s use of words and writing style to convey his or her attitude towards a topic.”

Film directors convey tone through mood and atmosphere and by their choice of directing style – serious, amusing, satiric or humorous.

In O Brother, Where Art Thou? as in many of their films, the Coens strike the perfect tone with uncanny music selection for every scene that perfectly transmits a range of moods from slapstick to deadly.

In Miller’s Crossing, the mood is dramatic irony produced by the soft pastels of Barry Sonnenfeld’s near romantic cinematography, which operates in stark contrast to the foreboding and imminently deadly narrative.

Morris, who pushes the boundaries of documentary with every film he makes, produces mood and atmosphere cinematically. Morris has no problem going after truth through fiction.

The emotional truth of Frank Olson’s progressive breakdown under unbearable pressure from his own government wouldn’t have surfaced in an interview. It couldn’t be delivered by a narrator. Morris treated each re-enactment sequence like a Hollywood thriller.

Both the Coens and Morris inject their personalities into their films with cinematic flourish, leaving distinctive signatures on everything they’ve produced over 30 years.

Spoiler alert: Your filmmaker’s voice cannot be manufactured. It will develop over years of filmmaking and living your life and will ultimately come from who you are as human when you make your next film.

Hollywood producer, screenwriter and author Ken Aguado (An Interview with God, 2018) sums up what it means to find your filmmaker’s voice on Medium:

“It’s that special sum total derived from your inspirations, your life experiences, your themes, your creative flair, your technical skills and your point of view about the human condition. In the best case, all these qualities come together to create something in a way that looks like it comes from you and no one else.”