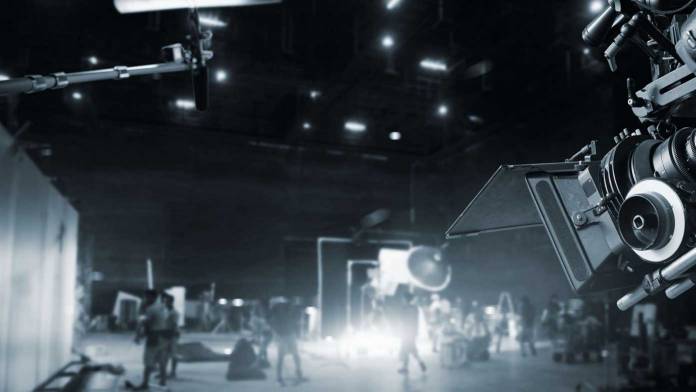 Before there can be any lights, cameras or action on a set, there must first be… a set! Enter the illustrious set director—better known in theater, television and film as a production designer.

A director has the power to affect the emotions of people through visual storytelling. But the production designer wields the power to make the director’s images more memorable. They do this by dangling disbelief into an inventive experience made from either imagination or authenticity.

Take a look at blockbuster and epic films, such as “Ben-Hur,” “Lawrence of Arabia,” “2001: A Space Odyssey,” “Star Wars,” “Alien,” “Blade Runner,” “Titanic,” and “Avatar.” You’re instantly thrown into an imaginative world created by the production designer, filled with visually stunning concepts and detailed creations.

Production designers are brought in during the very early stages of development—the pre-production phase. They work closely with the director to get a full cinematic understanding of the director’s vision and to quickly distinguish the lighting style of the cinematographer.

Real vs fake: faking a set or location

During the pre-production stage, which may take weeks to months—depending on the project and the size of the budget—the production designer reads the script to determine whether to build sets or shoot on location. Often times, shooting in various locations can be difficult, so it may be more prudent to create a set.

For example, if a screenplay requires an exterior shot of a church, the production designer can decide on whether or not to shoot on location or construct a prop façade of a church. If the church is going to blow up or catch fire, it would be more economical to construct a church than to use a real one.

The production designer has to decide if whether or not the budget can allow explosions during filming or CGI use during post-production. Then there’s the cost of permits, insurance, other unforeseen expenses and natural elements when shooting exterior scenes on location.

One great example of how cost-effective constructing scenes can be is Tim Burton’s 1989 hit movie “Batman.” Production designer Anton Furst won an Academy Award for overseeing the design of Gotham City. Unlike the three Christopher Nolan Batman films, which were shot on location in Chicago and New York, Burton and Furst’s Batman film captured the dark tone and mood of the popular comic book’s crime-ridden city through large sets and a fabricated morbid ambiance.

Another example of a production designer’s ability to bring audiences into the world they are watching is with interior scenes. Take, for example, the sinking of the cruise liner in James Cameron’s 1997 megahit “Titanic.” As the ship is sinking, the actors are found running and swimming through decks and hallways of water. Of course, this feat couldn’t be accomplished aboard a real ship. Sets had to be built to accommodate the filming crew and performers. And soundstages had to be used for camera angles and lighting. Each deck had to be believable, giving viewers the feeling that the actors were really aboard a sinking ship.

From the minute the production designer gets the script, they break it down and takes notes, working with the director, cinematographer, writers and producers to coordinate a visual plan and artistic style for production. Beginning at the early stages of pre-production, they need to know what the tone, mood and visual theme will be for the project. As they begin to realize a design style for sets, locations, lighting, camera angles, props, graphics and costumes, a visual concept is agreed upon, and the production designer hires and manages an art department that includes their design and construction team.

Whether the script calls for sets to be constructed outdoors—like in most films—or indoors, like in theater and television productions, it’s the production designer’s job to make sure each constructed set complements the mood and tone of the project and the characters.

A stage set has to be more than just movable walls and missing ceilings. A production designer has to make everything functional and authentic. The walls have to collapse to be stored away for later shoots and the props have to be reflective of the characters, the location and the time period. It’s the job of the production designer to oversee this task before a production team is even hired. It’s the production designer’s job to go through the script and shot list to assess and brainstorm every creative detail. This includes a lot of research.

Can you imagine the research the production designer had to do for the chariot arena in the classic film, “Ben-Hur”? The entire set had to be constructed from scratch, with a long racetrack and five-story-high grandstands that had to model an authentic Roman amphitheater. This meant that the entire production design team had to research ancient Roman racetracks, columns, paintings and so on from that time period. Many production designers and art directors refer to art history, art books, the Internet, libraries and sometimes even other films for their research—which must be thorough—especially when dealing with a historical period over a modern one.

During production, it’s the production designer’s job to supervise the day’s set. It’s their job to get to the set early and check to make sure the construction set and camera placements are perfect. They are busy going back and forth with the art director, construction foreman and director over radios as they manage every optical and physical location of the shoot. During the production of a film, it is absolutely necessary for the production designer to be on location to troubleshoot any unforeseen problems or answer concerns from the director or members of the art department.

A production designer’s job officially ends when filming wraps. However, some productions are more expensive and complicated than others. Some sets, like the highway in the “Matrix Reloaded” film, required building an entire freeway from scratch on location at the decommissioned Naval Air Station Alameda in Alameda, California.

The set was built to film one of the most epic car chase scenes ever featured in a movie. The mile-and-a-half road was fenced with a 19ft wall, made from timber and plywood, and designed to look like concrete. Because the sequence required real-time stunts and new and innovative CGI effects, the production designer has to be around for post to provide insight into the special effects and the film’s coloring. It is important that they stay involved from pre to post-production whenever it requires complex sets and major F/X on big-budget films.

What it takes to be a production designer

Production designers are usually the first people on set and the last ones off. They are the ones responsible for creating and constructing the sets and then tearing them down after production. Their job requires a lot of hours and patience. Famous production designer, Rick Carter, who is known for his notable work on such films as “Jurassic Park,” “Cast Away,” “The Polar Express,” “Avatar,” “Star Wars Ep. VII: The Force Awakens,” and “Lincoln,” was quoted in an interview saying: “Creativity is inspired and then intuitively understanding what to do with it so that it’s realized as something other people can regard.”

Creativity is an inspiration in itself, and in order for a production designer to master his or her craft and succeed at developing a visual flair for production sets, they should develop a knack for generating original and creative ideas. And even though some projects are straightforward, they need to think outside the box when it comes to creating a mood and atmosphere for a film. When you look at the work of Rick Heinrichs on the set of Tim Burton’s 1999 film “Sleepy Hollow,” Rick and the art director, along with Tim Burton, manage to capture the mood and tone of a classic tale through sets that included spooky-looking trees and gothic architecture. The chromatic color scheme and foggy CGI add to the nightmarish feel and classic horror movie aura.

Every production designer adds an artistic touch to a film, and a great, well-versed production designer becomes an integral part of the film. They aid in bringing out the character and tone and mood of the storytelling. For example, if you’re shooting on location at an apartment for a horror movie, it’s the production designer who can turn that apartment into a scary set like the Manhattan apartment used in “Rosemary’s Baby” or the creepy feel used in the Japanese horror film “Apartment 1303.”

Their job is more than working long hours or working on television studio sets, theater workshops, soundstages or lavish locations away from home. It’s more than meetings and planning and budgets and meeting tight deadlines.

A production designer is expected to be the first one on set and the last one to leave. They are expected to be fully engaged and available in a project from start to finish. They need to be on-call for queries or problems that may arise.

Their job is filled with rewarding and recognizable merits and honors. It entails managing a creative team of set designers, art directors, set decorators, propmasters, make-up artists, wardrobe supervisors, graphic artists, illustrators, special effects supervisors and many more. Without the skill set, knowledge, organization and inventiveness of the production designer, the art department would fail to achieve a unified look and feel for the visual aspects of the story. This is why the role of the production designer is crucial to production.