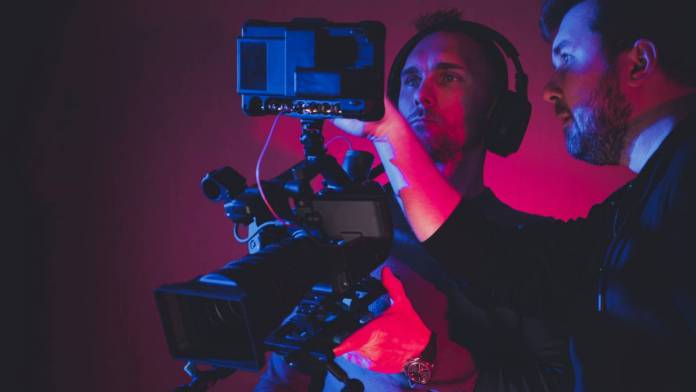 Cinematography is a skilled craft that’s vital to film. Most productions spend the majority of their funding on cinematography. Why is that? Productions put a lot of attention into cinematography because it’s literally what’s on screen. It’s also how productions achieve visual and emotional impact and consistency.

It takes many talented people working together to create the films we watch. Regardless of the production’s size, various roles are necessary to achieve great cinematography.

Cinematography’s official definition is the art of creating motion pictures visually. While true, there’s more to cinematography. Master Class states cinematography isn’t just about recording the action. It’s about how the production captures the images. All on-screen visual elements contribute to a project’s cinematography. These elements include lighting, framing, composition, color, exposure, focus, camera movement, shot size and camera placement. Each element is critical and overseen by assigned departments. So, one department handles the lighting, while another department handles the camera.

All the department closely collaborates throughout the production to visually capture the emotions and story the director envisions. Every production has many moving parts, so it’s crucial each department stays organized and communicates.

DPs consider many elements throughout the entire production, from pre-production to post-production. They look at camera placement, movement, lens choice, lighting and shot composition. So, they’re essentially in charge of everything we see on screen.

They must be comfortable with using a variety of equipment. Also, they’ll use many pieces of equipment throughout the production and choose which ones they’ll use for each scene. Additionally, camera operators work with the lighting department to ensure the composition is perfect.

Depending on the scene, the camera’s focus needs to be adjusted. The first assistant camera, also known as the focus puller, ensures the camera is always in the correct focus. They’re also responsible for putting the camera together at the beginning of the day and taking it apart once production wraps up for the day.

Digital imaging technicians (DIT) deal with the internal workings of the digital camera. With the approval director of cinematography, the DIT can make adjustments to the production’s digital cameras to achieve various imaging results. Additionally, they may create compressed dailies from raw footage and prepare all the files for post-production.

When it comes to cinematography roles, gaffers are important. Gaffers play a key role in the film’s lighting. They’re ultimately the chief lighting technician and the head of the electrical department. Throughout the production process, the gaffer work with the production’s DP.

In this role, gaffers are responsible for directing the lighting department to create the lighting the DP and director envision for the scene. Gaffers come onto a project early on. They meet with the director, DP, and producers. They discuss what kind of lighting they envision. It is here gaffers plan what equipment the production needs to achieve their vision. Additionally, they’ll hire people to the lighting and electrical department. On set, gaffers oversee the lighting and make adjustments if needed. If you want a full rundown about gaffers, check out this article about gaffers’ critical role on set.

Lighting technician/electrics set up the lighting equipment on set. After the equipment ready, they operate the lighting throughout the shoot. They also manage the power distribution on set.

The grip department builds and maintains the set’s equipment. The key grip runs this department. They supervise all the grips working on the production. Also, grips set up rigs and all the equipment the lighting department uses. The key grip ensures everyone does their tasks correctly.

Just like the best boy in working under the gaffer, the best boy grip works as the second in command to the key grip. They’re responsible for organizing the equipment truck and take stock of everything.

Dolly grips focus solely on operating the camera dollies and cranes. They are the ones who move around the dolly track, push the dolly, and assisting the camera operator through the shot.

Each role is vital to the success of a production

There are many cinematography roles involved in filmmaking. Professional, gripping film cinematography takes a lot of hard work, skill, and communication. Every department needs to communicate throughout the entire process, during and in-between shots. The heads of each department, like the key grip and gaffer, communicate with each other and the DP. Together, they touch bases and make sure their departments are on the same page. They also talk about what their department’s needs are to each other. The heads then reiterate the needs to their best boys and the rest of their department. Together, each department delivers lighting, framing, composition, camera motion, camera angles, depth of field, zoom, focus, color and exposure that’s in line with what the script calls for.

Communication is the key to successful cinematography. There are many moving parts. Everyone relies on each other to work as one unit to deliver the director’s vision. Good communication ensures the visuals are consistent and the director’s vision is present throughout the entire project. Additionally, it allows everyone to think of new ideas that could ultimately make a scene more impactful.