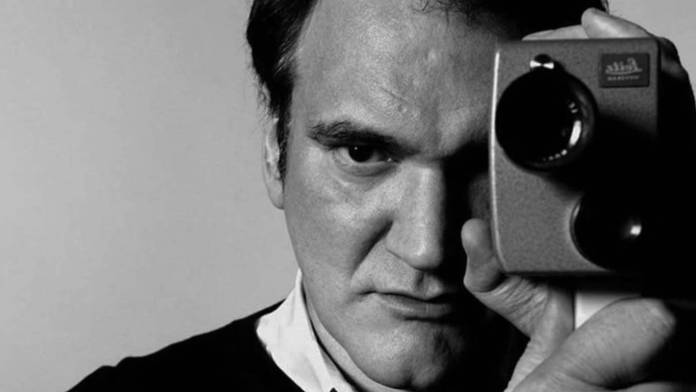 It takes years and years for a filmmaker to develop their own sense of style and voice. The ultimate dream for a filmmaker is to find their own voice and deliver their message to their audience. Many look to the filmmaker greats for guidance when it comes to crafting their own style, one of those being Quentin Tarantino.

When you watch one of Tarantino’s films, his style and personality are apparent and confidently executed. Tarantino knows who he is as a filmmaker and makes no apologies for it. Over the length of his career, Tarantino has shocked, moved, and entertained audiences with his quirky, top-notch writing and shot choices. His films are full of thrills, suspense, and comedy that are unique to him. He is the filmmaker’s filmmaker. Here’s why:

Quentin Tarantino taught himself how to make movies

Many of the great filmmakers received formal training before breaking out as directors. For instance, Martin Scorsese attended New York University and the Tisch School of the Arts, where he learned and developed his craft. Tarantino, however, learned his craft on his own. He taught himself how to make movies while working at a Los Angeles video store called Video Archives. He loved to watch Hong Kong crime films during his work hours. There, he discovered his love for that style of crime films and French New Wave. They were clear influences on his films, and he’s incorporated elements of these films into his own.

Something is inspiring about a self-taught director, especially one as creative and confident as Tarantino. It proves that filmmakers don’t need to follow a laid out path to become a filmmaker. For many, Tarantino represents the indie, low-budget filmmaking scene because that’s how his career began. He learned everything from his low-budget projects, which brought him to where he is today.

Tarantino is known for his cinematography. He has said before that: “I want to top expectations. I want to blow you away.” You can see that in his wide shots. These wide shots allow audiences to see every detail of the world he’s built for the film. This style of shot appears in “Kill Bill” and “Django Unchained.” He understands how powerful a wide-shot is, as it utilizes the environment to show the desires of his characters.

While he often uses a sweeping wide shot, he isn’t hesitant to move in closer to drive up a scene’s excitement. Tarantino is known for his extreme close-ups. One of his most well-known close-ups comes from “Kill Bill Vol. 1,” where he focuses on the Bride’s big toe. Eventually, she wiggles her toe. Tarantino keeps the audience’s eyes glued to the scene because of his choice to use a close-up.

However, Tarantino is most known for is his looking-up POV shots. It is one of his signature trademarks, which he somehow fits into most of his films. It’s referred to as the “trunk technique”, one we can see in “Reservoir Dogs.” During these shots, the audience feels powerless. They also feel the powerlessness of the character that’s being looked down on by the characters.

Tarantino is involved in the entire filmmaking process

Quentin Tarantino is the kind of director that is involved in the entire filmmaking process. Often he writes screenplays, he directs the film, produces the film, and on occasion, he acts in his films too. Regardless of what people think of him, his passion for his films is undeniable, and he wants to be involved in every aspect of the creation process. With everything he does, he can make a movie the way he wants to. He doesn’t necessarily need an entire team helping him make his films. He does many of the jobs himself.

Despite the controversy, he never compromises his directorial style

Despite his vast popularity, Tarantino has had many controversies over his career. One controversy specifically relates to Tarantino’s continued inclusion of over-the-top violence in his films. “The Hateful Eight”, one of his films that fell under controversy, and many claimed the film encouraged violence. Tarantino has strongly denied any claims that his films inspire violence. Tarantino welcomes controversial topics in his movies, as they spark debates and get people talking about issues he cares about.

Tarantino is the filmmaker’s filmmaker

Quentin Tarantino is one of the greatest directors of our time. He has a distinct style and voice he learned through his experiences making films on his own. Tarantino learned everything he knows about filmmaking from himself and the work he’s done as a filmmaker. He is truly a self-made success and that’s something inspiring to so many filmmakers looking to create films that talk about topics they’re passionate about.