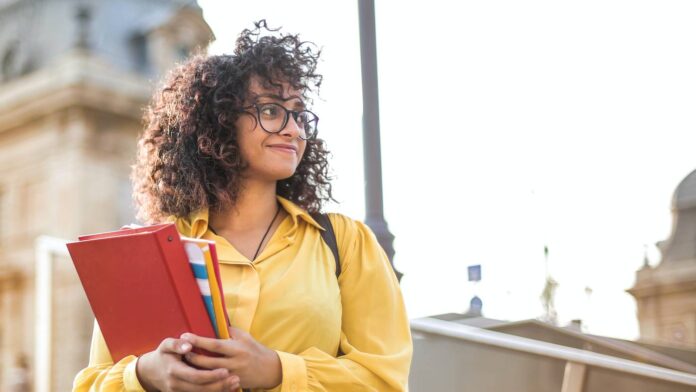 Those pursuing a career in film may scoff at formal education in general and film studies degrees in particular. It’s true; you won’t get the technical skills needed to operate a camera or light a movie set from most film studies programs. However, in studying the history and theory of film and media, you will learn the nuances of cinematic communication. Here we will cover why you should consider a film studies degree and the best schools for film studies.

What is film studies?

Film studies is a relatively new academic discipline dedicated to film history, theory and criticism. This broad category can be broken down into dozens of smaller areas of study, and scholars can look at cinema through the lens of philosophy, psychology, history, formal analysis or any number of other perspectives. Because of this, no two film studies programs are alike. What unifies them is a deep appreciation for the moving image and an understanding that media has an inescapable impact on our daily life.

Of course, anyone can benefit from taking a more critical look at the media that surrounds us. Creators of media, however, should have a particular investment in understanding how media functions. That’s where film studies come in. Learning about the theory and history of cinema gives us the tools to think critically about our work, in turn helping us produce more insightful and impactful content.

There are dozens of film studies programs in the United States, but we’ve attempted to identify some of the most prestigious and innovative programs, presented here in no particular order. As you explore your educational options, please also look for programs in your region. There are some amazing programs and professors doing great work all around the country. And as always, do your own research to determine which programs best fit your personal goals and areas of interest.

The B.A. in Cinema at SFSU trains students in the critical analysis of film as well as the fundamentals of media production, including animation, filmmaking and screenwriting. The M.A. in Cinema Studies allows students to pursue deeper research on a particular topic of interest with the support of a close-knit scholarly community, culminating in a written Master’s Thesis.

Students in either program will benefit from the unique and vibrant filmmaking community surrounding the school, which celebrates independent, experimental and documentary work from diverse voices. And that’s in addition to the school’s stellar faculty, who clearly prioritize their student’s success.

UC Berkeley’s B.A. in Film & Media focuses on the deep scholarly study of film history, theory and criticism across cultures. Though some courses include a filmmaking component, the program strongly emphasizes film analysis over production. At the graduate level, UC Berkeley offers a Film & Media Studies Ph.D. that aims to situate critical analyses of the moving image within larger theoretical frameworks from philosophy, rhetoric and beyond. Both programs emphasize academic rigor guided by world-class faculty.

The B.A. in Radio/Television/Film from Northwestern University is another program that balances film production with critical analysis. Located in Chicago, the school’s faculty includes filmmaking professionals and screenwriters, as well as prominent cultural theorists. Students can also get involved in the local film scene through a myriad of student-run organizations on campus.

Graduate students at Northwestern can pursue one of two degree programs. The school’s unique M.A. in Sound Arts and Industries combines sound theory and history with technical mastery, while the Ph.D. in Screen Cultures offers an interdisciplinary approach to the study of film and media.

For those who want to be closer to Hollywood, UCLA offers a B.A. in Film and Television. Coursework covers film and television history, theory and production taught by a diverse faculty from both industry and academic backgrounds. Students in the program are encouraged to apply concepts from theory and criticism to their filmmaking practice and have ample opportunity to engage directly with the entertainment industry.

At the graduate level, students can pursue either an M.A. or a Ph.D. in Cinema and Media Studies to explore film and media as an art and a means of communication.

NYU offers several degree programs in Cinema Studies. At the undergrad level, the Bachelor’s in Cinema Studies equips students to explore motion pictures and related media through the lens of history, theory and criticism. In addition to studying core concepts in cinema studies, students will also have the chance to deep-dive into specific topics and apply theoretical concepts to practical moving image production.

The Master’s program further explores the history, theory and criticism of motion pictures. The Ph.D. program takes on an interdisciplinary curriculum that emphasizes cinema’s connection to art history, cultural studies, philosophy and more.

Located in Orange County, Chapman University’s Dodge College of Film & Media Arts offers both a Bachelor’s and a Master’s degree in Film Studies alongside several other more production-oriented programs. Students pursuing a B.A. in Film Studies from Chapman will dissect the connection between cinema and culture on a deep analytical level. At the graduate level, M.A. candidates apply scholarly methods to develop and research an original thesis.

Another prestigious school in southern California, USC offers numerous film studies and media production programs, including B.A., M.A. and Ph.D. degrees in Cinema and Media Studies. In addition to courses on film theory and history, students in all three programs are required to take a media production course to help anchor their studies. The emphasis on film studies grounded in practice reflects the school’s close connections to Hollywood and the entertainment industry.

Like USC, the Film Studies program at UNCW underscores the link between theory and practice. In addition to completing coursework in critical studies and production, students in the B.A. program also edit an academic journal and produce an annual film festival and conference. Plus, there are lots of other community events and internships to keep students engaged. M.A. students are equally encouraged to combine theoretical knowledge and practical experience. Individualized research and coursework are balanced with teaching, programming and curatorial learning opportunities.

At the University of Washington, Cinema and Media Studies students interrogate the relationship between media and culture. While the program does not offer a production component, hands-on practice is available through internships and courses in screenwriting. Graduate students approach film and media studies from a humanistic, interdisciplinary perspective that takes into account the relationship between the media we consume and the society with inhabit. Both M.A. and Ph.D. programs have a focus on teaching and pedagogical technique.

At Indiana University Bloomington, undergraduate students can pursue a B.A. in Media with a concentration in Cinema and Media Studies. The concentration explores the critical, cultural, historical and aesthetic impact of film and other media forms.

IU Bloomington also offers M.A. and Ph.D. degrees in Media Arts and Sciences. Both programs offer flexible, customizable coursework. The aim is to allow students to focus on their area of interest without becoming isolated from interdisciplinary collaboration.

Should you enroll in a film studies degree program?

The decision to enroll in a degree program will always be very personal. Formal education isn’t for everyone, so think carefully about your goals before committing to a course of study. On top of that, each school’s film studies program caters to different interests and offers different advantages; there isn’t a single best program. That’s why it’s so important to research all your options. If you want to develop a deep understanding of film and media with the help of an academic community, enrolling in a film studies program may indeed be the right option for you.