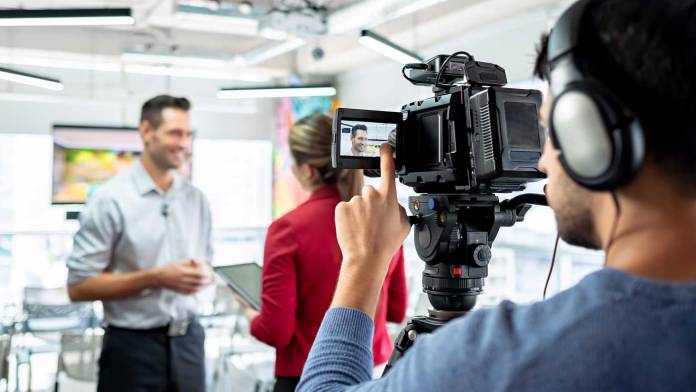 Receiving an education in filmmaking, television production or documentary filmmaking is an important first step in starting a career in the entertainment industry.

Not only will you be learning the in’s and out’s of screenwriting, producing, directing, cinematography and working with the latest gear, you will also be making valuable contacts. Professors and guest lecturers can help with networking, which leads to internships and future paid work.

While there are many worthy film schools throughout the country, below is a list of what many consider the 10 best film schools in the United States. All of them offer courses that cover all aspects of above and below the line production positions but mostly specialize in directing, screenwriting, documentary filmmaking, producing, animation and more. Note that prices are per year, and can quickly add up once you include books, supplies, room and board, etc.

While there are many worthy film schools throughout the country, below is a list of what many consider the 10 best film schools in the United States.

As classes have begun for the fall 2020 semester, COVID-19 has limited in-person classes and many schools have transitioned to online learning. While this shouldn’t be an issue for those learning crafts such as screenwriting, it does become a problem for those needing to learn about the cameras, gear, visual effects and motion capture, and much more.

The good news is, colleges are promising special, in-person workshops, along with hybrid in-person and virtual learning. All with an eye towards an eventual return to actual classes and student film production, once things become safe.

Long considered the best film school in the world, USC has plenty to offer for both undergraduate and graduate students alike. This film school caters to those looking to become directors, producers, and even film executives.

Alumni include George Lucas, Shonda Rhimes, Judd Apatow, the late John Singleton, and many others.

AFI could easily come in first place on any top film school list, thanks to top-level student production opportunities, an excellent graduate-only curriculum, endowments, and many award-winning films.

Alumni include Patty Jenkins, Bill Duke and Darren Aronofsky. The cost of tuition is about $65,000.

On the east coast, there is no finer film school than NYU’s Tisch School of the Arts, with such alumni as Spike Lee, Martin Scorsese and Bryce Dallas Howard.

The focus is on all aspects of filmmaking, with a focus on directing and writing. In addition, for those who are interested in broadcast journalism, the Arthur L. Carter Journalism Institute is perfect to learn the craft of television news. Many of their students have gone on to work for the biggest media organizations in America.

UCLA‘s Department of Film, Television, and Digital Media is well known for its film production and screenwriting programs. Despite sometimes being overshadowed by USC, it’s still a terrific school to consider. They also offer the Forever Sunny Director Scholarship to help cover tuition and production costs for a female student.

Gina Prince-Blythewood (The Old Guard) and famed producer Frank Marshall are among the esteemed alumni.

Austin has long been known to be fiercely independent, but with a competitive Radio, Television, and Film program. It has modern-day production facilities, including a focus on motion capture, plus a television writer’s course. The city itself is known for its hip restaurants, but also its flourishing music, film, and arts scene.

This school, based in Santa Clarita, California, was founded by Walt Disney himself to help teach the next generation of animators, and had since become the most prestigious animation school in the world.

Many of their alumni have gone on to work for the big studios, including Pixar/Disney, and famous students like Tim Burton and Brad Bird (The Incredibles). Both undergrad and graduate programs cost about $53,000.

Located in New York City, Columbia is an Ivy League school, and its School of the Arts film school includes teachers currently working in the major and indie film industries. The MFA curriculum focuses on writing and directing, along with producing, but in a more creative capacity.

The cost of tuition is $63,000, and they count Kathryn Bigelow, Kimberly Peirce (Boys Don’t Cry), and James Mangold (Logan) among their alumni.

8. University of North Carolina School of the Arts

This film school really teaches the full in’s and out’s of the film studio experience, from pitching an idea, all the way to completing and promoting the project. They also have state-of-the-art visual effects and motion capture courses.

Vera Herbert (This is Us), Danny McBride and many others represent their famed alumni.

If you’re looking for arguably the best school to learn documentary filmmaking, Stanford is the place to go. However, their MFA in Documentary Film and Video only allows 8 students per year, but the alumni have seen their thesis films screen at the biggest film festivals, including Sundance. They also have standard film and television courses.

The price of tuition is under $56,000, and alumni include Richard Berge, Bonni Cohen and Jon Shenk.

Located in Florida’s capital, Tallahassee, FSU specializes in above-the-line film education, with plenty of opportunities for production. They recently created the Diverse Voices of Cinema grant to help heed the call of diversity.

Alumni include Barry Jenkins (Moonlight), and they have esteemed professors such as Victor Nuñez (Ulee’s Gold).

These 10 film schools are among the best in the country, but there are other film schools just outside the list that future film students should also consider. Some of these schools include Chapman University (Orange, CA), University of Miami (a long-time film program in the heart of The Magic City), Emerson (Los Angeles and Boston), and Savannah College of Art and Design.

Whichever film school you decide on, take into consideration the location of the school, curriculum, costs, how active the school is in the film, television, and documentary production industry and internships or similar opportunities that are available to continue learning.