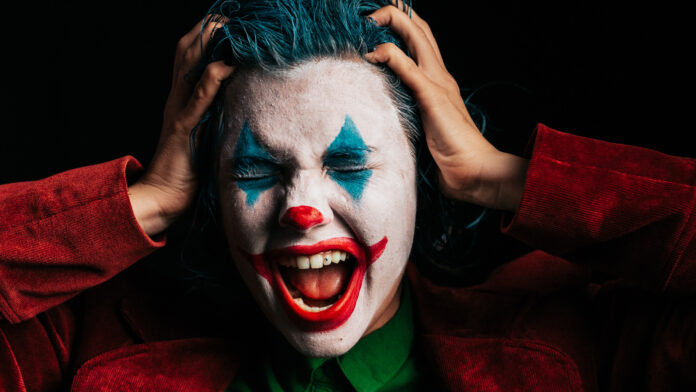 Chances are you’ve heard the Wilhelm scream quite a few times without even realizing it. Many popular films, from the Star Wars universe to renowned superhero franchises to major video games, feature the Wilhelm Scream sound effect. However, not many people know the origin of the Wilhelm scream.

Before we get into it, let’s break down how sounds are handled in a motion picture.

How sounds are handled in film

Sound effects (SFX) are only one element in a motion picture’s soundscape. We also need the actors’ dialogues, the music and Foley. During production, the production’s sound department captures the dialogue uttered by the actors. Even though there might be other sounds present in the scene (i.e., vehicles, machinery, animals, footsteps, etc.), they focus exclusively on the dialogue. Actually, if the extraneous sounds interfere with the dialogue, efforts are made to quiet them so that the dialogue can be captured as cleanly as possible. This means the other sounds we hear in the finished product are added in post-production.

Think of a scene in a busy bar: a jukebox playing music, bottles clanking, patrons chatting and other sounds that add texture to the scene. Most — or all — of those sounds were not present during filming. The background actors you see talking are actually just mouthing their words. There’s no music playing anywhere. Actors handle bottles carefully to avoid making any noise. Or, if prominent in the frame, they might be made of sound-deadening materials.

If, after all those efforts, the dialogue was affected in production, the actors will be scheduled for ADR to re-record those missing lines. ADR, or Automatic Dialogue Replacement, is a voiceover session in which the actors record their lines while the scene plays on a screen, so they can deliver the dialogue in synch with the filmed performance.

The music will be composed and recorded after the film has been edited. We’re left with ambient sounds, Foley and SFX. Sound editors have large libraries of ambient sounds, used as background sounds to help place the location and give texture to the scene.

Foley is the recording of custom-made sound effects for a specific project timed with the action on screen: footsteps, zipper pulls, drink pours and the like. Recording Foley studios are equipped with various surfaces to step on, doors of various weights and thicknesses, keys, tools and sports equipment. In short, they’ll have a vast amount of unrelated noisemaking items, ready to be summoned for just the right sound effect.

Sound effects are often pulled from libraries, typically gathered by sound editors throughout their professional life. They will contain many door slams, hinge creaks, tools, animal noises, baby cries, computer chirps, aircraft — you name it. They have a surprising number of versions and durations for each. Many of these sound effects tend to be shared repeatedly among sound editors. Think eagle screeches, wolf howls, train whistles, ambulances and so on. Some of them have been used so often as to be instantly recognized. I have heard the same exact bald eagle screech in countless films and TV shows, for instance. One of those often-used SFX is the Wilhelm scream.

The origin of the Wilhelm scream takes us back to the 1950s. It was recorded in the early 1950s during the production of the Warner Brothers film “Distant Drums” (1951). It’s widely believed that it was voiced by actor and musician Sheb Wolley. Wolley had a small part in the film and was later hired to do some voiceover work for it. However, there’s more to the origin of the Wilhelm scream than that.

The scream eventually became part of Warner Brothers’ SFX library and was used on various films made by the studio. Among the best-known releases in which the scream can be heard are the 1954 feature “A Star is Born,” starring Judy Garland and James Mason, “Sergeant Rutledge,” directed by John Ford in 1960, and John Wayne’s “The Green Berets,” from 1968.

Enter sound designer Ben Burtt. While researching sounds for the “Star Wars: Episode IV – A New Hope” film in 1977, he looked for the scream he’d heard so many times in the Westerns he watched as a child. He finally found it in the sound library of “The Charge at Feather River” (1953). He decided to use it in a scene where Luke Skywalker shoots a stormtrooper.

Eventually, Burtt shared the caper with his close-knit circle of fellow sound editors and sound designers. Unsurprisingly, they soon decided to follow suit. Two-time Academy Award-winning Sound Editor and Re-recording Mixer Mark Mangini were one of them:

“We continued this inside joke for another 15 years or so until it started to create some attention from film reviewers,” Mangini says.

Mangini and others eventually realized that overusing the scream would run the risk of making it more of a comedic leitmotif rather than a hidden reference among sound professionals. Many decided to stop using it. “It’s lost its charm,” Mangini says, “but it still attracts civilians because it’s so obscure, and it’s fun to find them in the weirdest places.” He last used it on “The Spiderwick Chronicles” in 2008. Still, Mangini likes the idea of sonic Easter eggs. He admits that most sound editors have one of some kind; they’re just not telling anyone else.

Interestingly, The Walt Disney Company — which owns the “Star Wars” franchise — announced in 2018 that the trademark scream would no longer be featured in any future “Star Wars” films.

We should add a final note regarding the legal aspects of using SFX on a motion picture. Sound recordings, like photos, songs and all other creative work, are protected by copyright law. That means they can’t be used without permission or paying a license to their rightful owner.

What about the Wilhelm scream, you ask? The short answer is you can use a copy of the original sound file — which is easily accessible online because it’s been used so often and so long without copyright enforcement that it’s become part of the Public Domain. There are sound libraries that have remastered the sound and offer it for licensing. You can’t use that version without paying the license because it’s a new, reworked file and it warrants its own copyright protection.

So, are you interested in using the Wilhelm scream in a novel and surprising way? We encourage you to play around and see what you can make with it. 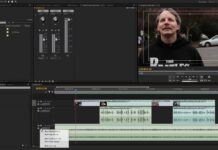