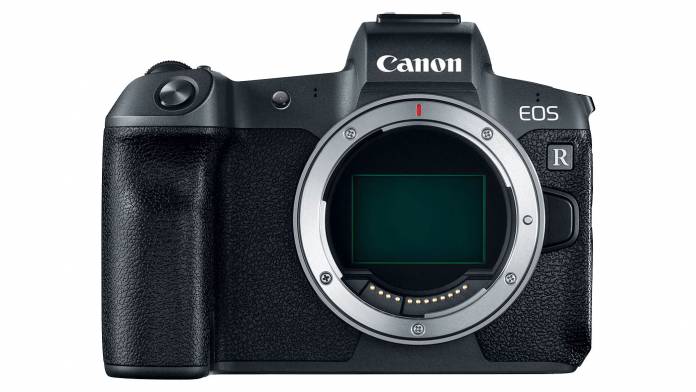 The EOS R is just getting started. Canon’s first mirrorless camera has given its engineers unprecedented freedom and they’re excited for what’s to come.

Four Canon engineers — each from main parts of the development process: physical design, optical design, UI design and overall product design, sat down with DPReview and discussed what’s in store for the EOS R system.

It’s all in the mount

It’s a big milestone for Canon to make its first mirrorless system. But the company’s engineers are more excited about what the RF mount allows them to do.

“People who’ve been working on lenses for a really long time have, with this new system, been able to make lenses like the 28-70mm F2 comparably easily, compared to how they had so many challenges in the past,” says Manabu Kato, referring to the freedoms they now have because of the new optical design. Lens designers can now be a lot more ambitious.

The RF also brings more data bandwidth to the table. It boosts the previous eight communication channels to twelve. “During shooting there’s a massive amount of data going between the lens and the camera, so making sure that was smooth was another challenge,” says Kato. “By having that huge amount of data being transferred between the camera and lens, you can improve the general performance in relation to autofocus, metering and image stabilization. And you can also add features such as the control rings on the lenses.”

There’s also no problems using Canon’s Digital Lens Optimizer (DLO). DLO used to require the camera to look up the data in a database. This means the camera firmware had to be updated when new lenses came out. That data is now sent in real time by the lens itself.

This is good news for both video and photo performance

Now that the data flow has been streamlined, DLO and distortion correction can be used in video for the first time.

“In relation to the optical system, we gave consideration to focus breathing*, and also aperture control: you can change the aperture in 1/8th stops,” says Kato. “Also the Nano USM, it’s very quiet and quick: the first time in an L lens.”

When designing the EOS R, Canon was serious about making a camera videographers would want to use. So it had to make some difficult decisions, one of the hardest being the decision to remove the camera’s mode dial. The problem with keeping the mode dial is that if it stayed, the exposure settings would be the same for both video and stills.

“We consulted with a lot of different people and talked about this a lot, and decided to have different settings this time,” Koji Yoshida says. “[The mode dial] is a function that’s been common in the past, so getting rid of that was a big decision that required a lot of consideration,” said Shintaro Oshima. “There was a lot of internal discussion about this point,” concurs Yoshida.

It’s obvious that the decision to remove the mode dial was a difficult one for the designers.

What was the designers’ biggest challenges working on the EOS R?

Coming into this project, Canon knew it wanted to keep some traditional parts of the EOS lineup while bringing in new parts as well. Hironori Oishi says: “our biggest challenge was making this look like an EOS camera with just a single glance …” Canon wanted the camera to feel like a real EOS camera in users’ hands.

On the software side, Youshida says the biggest challenged they faced was making sure the camera had the same basic controls as other EOS cameras, while also implementing new controls and design.

The solution to these challenges, according to the designers, was to blend features from Canon’s existing live view and DSLR experience. “We used the mirrorless AF modes but we also also included features from the 5D Mark IV AF, like Expand AF area and large zone AF: this is the first time this has been introduced in a live view camera from Canon,” says Youshida.

DPReview ended the interview by asking the designers if there’s a chance of Canon making an APS-C RF-mount camera. Obviously, the designers didn’t say much and kept their answers vague. Oishi says “we’re thinking about it, but we can’t answer in detail.”

All of the designers though are excited for the future in terms of structural freedom in future mirrorless designs. “This is just the start of the system,” Yoshida says. He goes on to say “We want to surprise and astonish you, so please expect big things.”