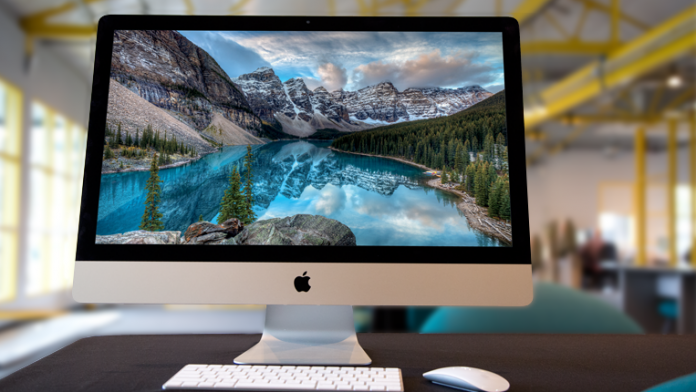 There have been products that, when released, live up to the buzz surrounding them, while other promising products seem to fall to the wayside once they make it to the public. An early adopter’s dream is to get their hands on one of those products that exceed the hype. One product garnering such attention is the Apple 27-inch iMac with 5K Retina display. This iMac is the ultimate device for the high-quality photographer, video editor, 3D animator or digital artist. The biggest draw to this release, by far, is the 5K Retina display, which has been deemed by many as the future of computer monitors.

For those familiar with Apple products, it’s not much of a departure from previous iMac offerings, yet there is a clear sense of design aesthetics and consumer usability. This iMac is a mere 5mm thick at its edges, housing computer and monitor in one. The housing is made through a process called friction stir welding to create its refined edges from its make up of aluminum and glass. This process is not only environmentally friendly, but it’s the only process which could create such fluid lines for this unique structure.

This iMac is a mere 5mm thick at it’s edges, housing computer and monitor in one.


On the back of the monitor, you’ll find the vent for a fan, a RAM port where you can add up to 32 GBs of RAM and the on/off button, and at the opposite side you will find one headset port, an SDXC card slot, 4 USB 3 ports, 2 Thunderbolt 2 ports and 1 Gigabit Ethernet port, all of which seem to be placed in a tricky spot to access when viewing from the front. To access the RAM port, you must press the recessed button found within the power plug port. The entire setup is anchored elegantly to a weight-bearing stand that is hinged to the back, allowing the screen to tilt up and down to get the perfect viewing position.

Again, the major draw to this release is the 5K Retina display, which boasts a 14.7 million-pixel count giving it a 5120 x 2880 viewable space. This creates a very accurate panel that brings in true to life color. Text is crisper, making reading written content a joy. Unfortunately this iMac cannot be used as an external monitoring device for a MacBook or MacPro.

In the industry, there are a number of benchmarking apps that can gauge a computers ability to read & write, test the computer’s graphics card, and even others that do a combination of tests to reveal its overall power. In Geekbench, which separates single core and multi-core performance adding workloads that simulate real world scenarios, the 2015 5K iMac scored around 4,500 for single core and over 17,500 in the multi-core performance test. For reference, Geekbench uses a mid-2011 Mac Mini with an Intel Core i5 2.5 GHz processor to set the baseline score of 2,500. When using Cinebench, a tool used to compare CPU and GPU graphics performance across various platforms, the CPU of the 2015 5K iMac offering came in at around 870 while the GPU score was just over 107, which is slightly higher than expected based on the specifications.

Apple is known for its stylish pushing of technology, yet as far as we can see the 5K Retina display is by far the main selling point to this package. The 5K iMac is plenty powerful for video editing, but the first and best thing about it is the robust screen real estate. Unfortunately this comes with the downside of low-resolution video and non-retina apps looking blatantly low resolution. The only thing we didn’t like about the iMac is a minor gripe. Like its predecessors, the connectivity ports are difficult to access from the front.

Overall, we found the 27-inch iMac 5K Retina to be an excellent option for creative work and can imagine the increased speed and workability if it were even more finely tuned to the users specific needs. We recommend it to anyone who appreciates high-quality performance and high style all in one.

Marc Johnson is a University of Chico graduate, a lover of the creative arts, avid photographer, with an undying entrepreneurial spirit.