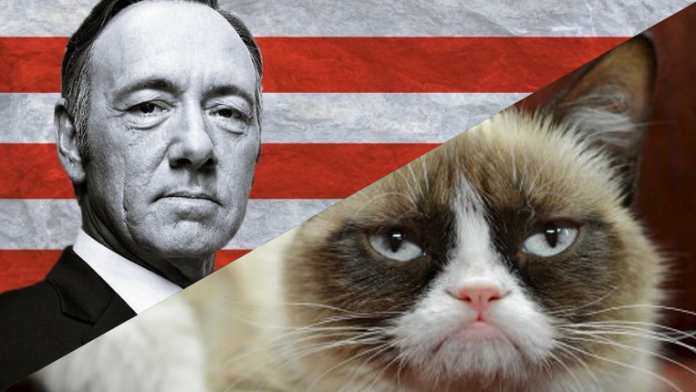 Online content has created a buffet of content, making it easy for consumers to indulge in programs that cater to their specific likes and needs. Obviously, cat videos are not on the same production level as “Transparent” or “House of Cards,” but consumers are viewing both ends of the quality spectrum and everything in between. On television and cable, you can see a similar disparity where a local talk show is not going to have the same production value as “Game of Thrones” or “Empire.” I don't think online content raises or lowers viewers expectations since the quality of that content can vary so greatly; however, as the amount of available online content continues to grow exponentially, I think the real question at hand is this: Will the demand for content continue to increase?

What does the data say?

A study conducted by a researcher at the San Diego Supercomputer Center (SDSC) at the University of California San Diego (UCSD) showed that rates of media consumption have risen significantly. This includes content viewed on mobile devices, television, laptops and home computers as well content such as video games, e-books and radio. In 2008, Americans, on average, were consuming 11 hours of media a day. By 2012, the rate had increased to 13.6 hours, and it was predicted that by 2015, the average American would consume 15.5 hours a day. While these numbers seem staggering, it's important to remember how individuals consume media; younger generations especially tend to ingest multiple streams at once (e.g., watch a YouTube video while also watching or listening to the TV).

What does this mean for the independent filmmaker?

With the proliferation of inexpensive, quality equipment, it's never been easier for a filmmaker to create content. The downside is that there is a lot of content out there, and it can be challenging to get your film seen much less monetize it. In an era where anyone can proclaim themselves to be a video professional or a filmmaker, distribution has become the real measure of the quality or success of a film, particularly in a time where “quality” has become completely subjective.


In an era where anyone can proclaim themselves to be a video professional or a filmmaker, distribution has become the real measure of the quality or success of a film, particularly in a time where “quality” has become completely subjective.

Curation is the real solution for filmmakers; it's critical to have your media on the correct platform. People expect cat videos, music videos, comedy and DIY content on YouTube. If you placed a dramatic web series on the channel, it would get lost. A custom app would likely get that drama more views. With this in mind, knowing your audience and where you can market/screen your content is the most important information you should have before you begin shooting.

While quality content should always be king, it does not rule out building an empire on low budget cat videos. The increase in low budget, low production value content creates more niches to be filled. Given the growing demand for media, creating content for the consumer has never been a more attractive prospect; however, monetizing that content or distributing that content on an appropriate, curated channel is the key to successfully attracting viewers. While “House of Cats” and “House of Cards” will each be judged differently based on who's viewing it, the subjectivity of quality can only be assessed by the niche audience for whom that the content was created and targeted. The one constant will be the need for new content. If you know your audience and know where to place your content so it will be seen by that audience, you're well on your way to filling the insatiable appetites of modern media consumers, regardless of production value.