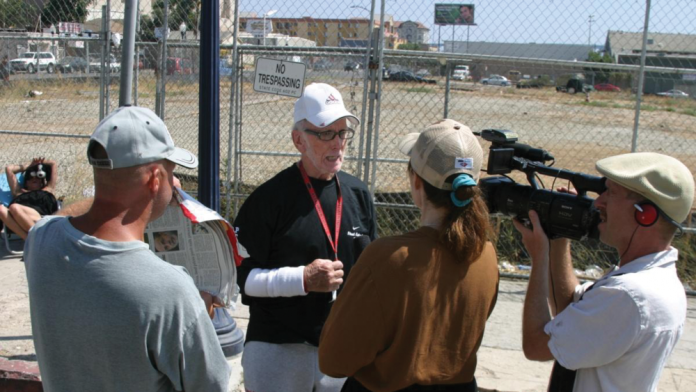 Let’s take a look at some popular documentaries. “Food Inc.” explores the way we eat. “Why Beauty Matters” focuses on the importance of beauty in the arts and in our lives. “The Golden Gate Bridge Suicides” is filmmaker Eric Steel’s treatise on how the iconic bridge has become a major suicide magnet. “Born into Brothels” trains a light on Calcutta’s Red Light Kids — children born to prostitutes.

These documentaries bring the public’s awareness to issues and stories that are significant in some way. Some social docs actually move viewers to take action on issues. Look at how “Blackfish” has left SeaWorld floundering for its very life.

If you want to produce a popular documentary, here are some questions to answer:

1) What is your documentary about? If it is about you, then why? What can you share with the world that has not been seen? Why would the world care about you? What is in it for the world?

2) Why do you want to make this documentary? To bring awareness to an issue? To solve a problem? Or for the accolades? Any full-length documentary worth its salt will take not minutes, hours, or days to make, but weeks, months or years. Are you willing to spend that kind of time on the topic you have chosen? Do you think you will make a lot of money with your documentary? If that is the reason, it’s probably best to stow the video production equipment away for now because it’s extremely difficult to turn a profit on videos. If you’re in it for the money, think again.

Any full-length documentary worth its salt will take not minutes, hours, or days to make, but weeks, months or years. Are you willing to spend that kind of time on the topic you have chosen?

3) Is this your first foray into documentary-making? If so, why not focus on a short video that will test your talents? Choose a topic about which you feel passionate. It’s this passion that will fire you up and sustain your excitement. You will need it as you sit alone in the editing bay, playing the timeline over and over and over again until you feel it is perfect.

If, after answering these questions honestly, you still wish to proceed with an autobiographical documentary, realize that it is most gracefully done with the involvement of others. Refer to Michael Moore’s “Roger and Me,” Martin Scorsese’s “Italianamericans” and Morgan Spurlock’s “Super Size Me.” It’s all about fulfilling a contract with your viewer. If you can intrigue them into watching your show to the very end, consider that a measure of success.
These days, you run into so much competition for eyeballs that launching into a documentary of any sort requires faith, hope and belief. Yes, I suppose you could say that documentary-making is a sort of religion. If you have a good eye for framing, lighting, timing, sound and color, exercise your talents and enjoy the journey.

You will find that focusing on other people, places and things is really focusing on yourself after all. You cannot help but imbue your documentary with you. In that sense, every doc made is autobiographical.