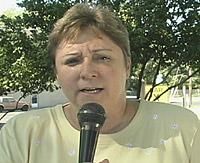 Everyone seems to have questions or concerns about the Mini DV and Digital8 formats and consistent answers are sometimes hard to find. In this article we’ll take a look at the four most common concerns people seem to have involving DV.

Q: Everywhere I turn I get conflicting information about the Mini DV format. The ads say that DV (digital video) is "lossless" while your magazine says that it is "virtually lossless," whatever that means. The guy at the computer store says, "Without a doubt, the DV codec is lossy." What am I to make of all this?

A: Everything you’ve heard is true, despite the apparent contradictions. The DV codec does use a lossy compression method, meaning that it loses some information as it compresses the data. However, it does such an excellent job of compression/decompression that the losses are almost never visible when the video is viewed on a television or composite monitor. The best thing about DV is not the way the compression is performed, it’s when it’s performed.

When recordings are made using a DV camcorder the video is converted to digital data and compressed before it is ever recorded to tape. This means that you can make a perfect, lossless, clone of the original. When you copy or capture DV data using FireWire you do not have to decompress/recompress the data. You can copy digital data repeatedly with no degradation at all. This is the source of DV’s claim of losslessness.

When you add titles or special effects to your captured video, your software has to decompress the DV, add the title or effects, then recompress the video. Losses do occur during recompression, but as long as you don’t decompress and recompress the same video repeatedly the losses are usually minor and only affect the part of the video that changed. The rest of your video remains as pristine as ever.

Another reason some people hedge statements a bit by saying that DV is virtually lossless may stem from concerns about the possible negative effects of dropouts or other mechanical problems, due to the nature of helically scanned videotape. All magnetic recordings suffer from a certain number of "drop-outs" which are actually tiny locations on the tape surface from which the recorded data can no longer be read. You’ll find that digital data is far less susceptible to problems caused by momentary signal losses than is analog data. The DV format includes error checking and recovery processes that will recover most data lost to drop-outs. It’s highly unlikely that you’ll ever see data loss unless your tapes or camcorder heads are very dirty or there is some other problem in the recording chain. Add to that the fact that you can make perfect "back-up" copies of all your footage and any potential loss problem becomes insignificant.

Q: What’s the best method of long term storage for all my DV clips?

A: As the previous answer indicates, you can make perfect clones of your DV tapes with FireWire. The cheapest storage medium for your finished projects is on DV tape itself. No other medium provides the speed and capacity to store so much data so quickly at such a low cost.

If you are willing to spend some money for very-long-term archiving, consider optical media such as DVD-RAM or DVD-R.

Q: What’s the best way to capture stills from my DV camcorder?

A: Many newer DV camcorders include special hardware to connect directly to your computer for capturing stills. Most of these camcorders also have a special "progressive scan" mode for taking stills. While most video is taken at 60 fields per second with two fields making up each frame, progressive scan video takes 30 whole frames each second. The result is that each of the whole frames is more suitable for stills than two of the interlaced fields.

If you don’t have progressive scan, you can use dedicated hardware that connects to your video source using the FireWire, S-video or composite connectors and the still capture feature of your video capture software. Alternately, you could capture whole video clips and use the "save frame as still" function in your editing software to do just that. All these options will allow your camcorder to do all its designed-in image enhancement. Most newer still capture devices will also do additional image enhancement on their own. You’ll find that devices like Play’s Snappy and ArcSoft’s ZipShot provide good results at low cost. To get the most from your images you may need to do a little enhancement with your favorite image editing software.

Q: I capture video from my DV camcorder onto my PC’s hard drive using a FireWire card, but the video on my computer doesn’t look nearly as good as it does on my television. Why am I losing so much video quality when I transfer DV to my PC?

A: Actually, you’re not losing any video quality at all, no matter what your eyes tell you. If you print the DV data back out to a DV tape and view the results on your television, you’ll see that the results are identical to the original. When your computer tries to display video data formatted for television it must deal with the differences in color representation and video interlace. Some systems do this much better than others.

In your nonlinear editing (NLE) software, it might seem like the video you captured is small, blocky and jerky. This is because many NLE programs use a preview mode for displaying video while editing. This preview mode is usually less than full-screen and less than full-motion, so that your computer can use its silicon horsepower to edit the video rather than displaying it.

To see what the final video is going to look like you really need to look at it on a television or composite monitor. Some FireWire cards provide analog video out for this purpose. If your card doesn’t have this feature, you can use the analog output of your camcorder to provide the needed capability. With most systems you can turn off software control on your camcorder so you don’t actually have to record the video to tape in order to view it. Just don’t record the signal when you transfer the video to the camcorder via FireWire.