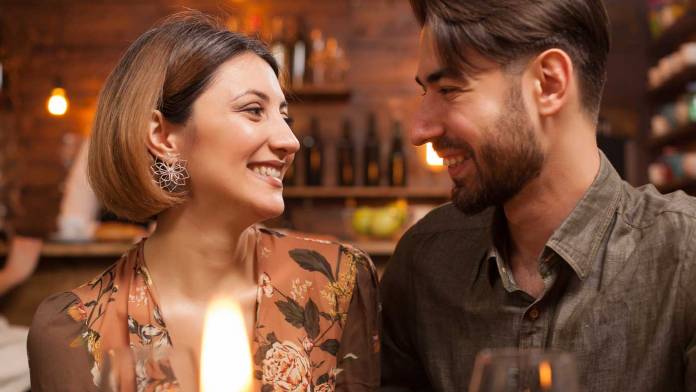 Good shot selection for video, like golf, is fundamental for success. You may not be a video Tiger Woods, yet, but the more shots you add to your repertoire, the more interesting and effective your videos will be.

When I learned to play golf, the really good players seemed to be obsessed with careful club selection. The key, as I soon learned, is to select just the right club to put just the right amount of loft on the ball to deliver it just where it should go. Each club in the golfer’s bag has a purpose. The driver gives the golfer great distance off the tee. The sand wedge provides a great deal of loft, to get the golfer out of a hazard, but does not provide much distance. The putter is used when the ball is on the green, providing a great deal of control over direction without any loft at all. I don’t get much time on the golf course these days, but the phrase “good shot selection” has stuck with me. And I’ve learned that the same simple phrase is even more applicable for creating good video. Selecting the right framing for a video shot is like selecting the right club for a golf shot. While this article won’t help your golf game, it will help you understand and apply the various types of shots commonly used in making video.

A shot is the basic building block of every video. Point your camera at something, press record, then press stop and you have a shot. It seems simple enough on the surface, but there’s more to it than that. Every time you choose one type of shot over another, you’re communicating with your audience. Shot selection is extremely important for telling stories well with video. And like selecting the right golf club, video shot selection is a craft that requires planning and practice.

As we look at the variety of clubs in your video bag, we’ll use the simple static shot as our reference. In a static shot, the size, the framing and the angle of the shot remain constant throughout. Of course, your camera doesn’t limit you to static shots. It allows you to zoom, essentially combining several clubs at a time. The static shot, however, will allow us to demonstrate the impact of each “club” on it’s own.

A well-composed static shot is the clearest communicator in your shot inventory.

Even though they’re referred to as static, static shots can be anything but boring. A well-composed static shot is the clearest communicator in your shot inventory. It allows the audience to absorb a scene without distraction. And it can speak volumes to the viewer if you know how to use it well.

What’s in the Bag?

The extreme wide shot, or establishing shot, sets the context for the shots that will follow. The extreme wide shot is usually just a few seconds long, shown at the beginning of a scene and is not used again until the story moves to a new location. While extreme wide shots reveal little detail, they are essential to let the viewer know where a scene takes place. Assume that a scene shows a couple enjoying a candle-lit dinner in a dimly-lit dining room. A series of shots reveals their conversation and tells their story. But where are they? In actuality, the scene was shot on a set in a studio, but add an establishing shot and the pair could be dining in a cabin in the mountains, a suburban home or a big city high rise. Without the establishing shot the viewer doesn’t know. The magic of the extreme wide shot is that it allows the producer to create a false reality with a single shot.

As shots get tighter, more detail is revealed, but less of the surrounding area is seen. Generally, video storytellers will move from wider shots to closer shots in sequence, first setting the context, then revealing more and more detail. Once the scene has been set, wide, medium and closeup shots are the most used shot types. The impact of these three shots is sometimes subtle, you might liken them to a golfer selecting a 5, 6 or 7 iron. There is very little difference to the casual golfer or videographer. But like the experienced golfer, the advanced video storyteller is a master at the subtle art of shot selection.

The simple conversation between the couple mentioned earlier can be shot in at least seven different static shots. Each actor can be shot in close, medium and wide shots. In addition, we can shoot the scene in a wider shot that includes both actors (see Figure 1). Once we’ve gathered the raw footage, we are presented with innumerable editing options. It is here that you can see the subtle differences played out. If the shots move from wide to medium to closeup as the scene progresses the viewer will sense a growing intensity. If one actor is shown in closeup (see Figure 2), while the other is shown in a medium shot, the viewer will emotionally favor the actor featured in close up (see Figure 3).

The closer the shot, the more intimate or “warm” it is. Conversely, the wider the shot, the more emotionally distant or “cool” it is. Of course there are plenty of exceptions. In Steven Speilberg’s masterpiece Saving Private Ryan the widest shots of the Normandy battlefield can hardly be described as cold. That’s because content always has more direct effect on a scene’s emotional tone than any other element. Still, the wise video producer understands that an extreme wide shot of a mother cuddling her newborn usually won’t have the same emotional impact as a closeup would.

Creating intimacy is one way to get your audience involved. It makes them care about your subject. And once they care, they’ll want to see what happens and they’ll watch for the duration. Once again, shot selection plays an important role in creating intimacy between the viewer and the subject.

Regardless of your budget, by practicing and ultimately mastering a wide range of shot types, you’ll add a powerful arsenal to your video production bag. If you think about it, stringing medium shot after medium shot in your video is like trying to play an entire round of golf using only your 5 iron. Sure it’s possible, but it limits your effectiveness and takes most of the enjoyment out of the game.