As you should know, any video clip consists of a series of frames. Most commonly, a video sequence is 30 frames per second (fps), captured in real-time. This series of still frames, when run in sequence, gives the illusion of motion. However, what would happen if we were to capture one frame every 30 seconds over a longer period of time, and then play it back at a normal frame rate of 30fps? Compressing time in this way gives us a time-lapse sequence.

The appeal of time-lapse photography is presenting a lengthy process in a compressed time period. The best subjects, therefore, are processes that are normally imperceptible to the human eye: the gradual movement of sunlight and shadow across a field, for example, or the months-long construction of a new apartment building. Other popular subjects are the flow of traffic, the path of stars in the sky or changing cloud formations. There are hundreds, if not thousands, of potential subjects.
Keep in mind, however, that once you have your location, you must be able to set up a camera that can run undisturbed for as long as it takes to capture your sequence. You may need an hour to catch the sunset, or days or weeks for the building of a skyscraper. Make sure that once your camera is in place, wind, weather, and sticky fingers, will not disturb it.
Advertisement

Technically, any camera can be used to take the source photos for a time-lapse sequence, whether it’s a still camera or a camcorder. There are advantages and disadvantages to both, but overall, a DSLR will work quite well for shooting time-lapse as it will give you more choice in terms of lenses and depth of field.
Getting power to a camcorder can also be more difficult, whether via AC or battery. Camcorders in general, consume more power than the average still camera. A DSLR’s battery should provide more than enough power for hours of exposure.
Having chosen a camera, the next thing that needs to be taken into account is shooting at set intervals. A DSLR with an intervalometer will save you a lot of headache. An intervalometer, or interval timer, as the name suggests, is a device programmed to set off the camera shutter at specific intervals of time. If you are shooting without one, you will have to manually trigger each exposure at specific points in time. In addition to being tedious, taking each frame manually is almost impossible to do at perfectly consistent intervals without mechanical or electronic help, and as a result, your sequence will be jumpy and choppy. An intervalometer can also allow you to take long exposures, up to several hours. Extra-long exposures can provide interesting effects in a time-lapse sequence, like streaks of light created by passing cars. Some cameras have built-in intervalometers, but if yours doesn’t, external ones are available for less than $150. Both Windows and Mac users also have several software options, depending on the type of camera.
Mac/Windows:
DSLR Remote Pro for Canon users www.breezesys.com/DSLRRemotePro
Mac:
Sofortbild www.sofortbildapp.com
Windows:
ControlMyNikon for Nikon users www.controlmynikon.com/cmn.html
Most importantly, a lightweight tripod should be part of every videographer’s gear, and it is entirely necessary for keeping the camera in place while shooting a time-lapse sequence. While setting up, a tripod may be weighted down with sandbags to prevent your rig from tipping, tilting, or shifting.
One thing more advanced videographers may want to consider is adding camera movements to their time-lapse sequence with a motion control dolly. A dolly will allow you to create impressive tracking shots as part of your video. At one time, rigs like these were prohibitively expensive, but it is now possible to spend $1,000 or less and get a fully functional motion control system. For the videographer who is just beginning to experiment with motion control, a good resource is the OpenMoCo community (www.openmoco.org).

Before you start, realize that not only will a lot of time go into your shoot, but also many, many separate exposures. For example, if your end result is a one-minute long video at 30fps, it will be made up of 1,800 exposures. The number of frames will vary depending on your choice of subject, however.
When choosing your interval between exposures, the general rule of thumb is that slower-moving phenomena can be captured with longer periods between shots. A sunset may only linger for a few minutes, so you may want to shoot every few seconds. If your subject is the turning of leaves in autumn, you can probably get away with one shot every few hours. Remember, however, that the longer the interval between shots, the choppier your end result will be.

Be sure to select manual settings on your camera in order to avoid inconsistencies between exposures, or flicker. Your f-number, shutter speed and white balance should all be manually set by you, the artist. Keep the interval of time between shots consistent, or your sequence will appear jumpy and choppy. As a rule, try to match your exposure time to the subject: slow moving natural phenomena require a slightly longer exposure, while rapidly moving subjects can be captured with one or two seconds. If you’re shooting the progress of crawling kudzu, give it one or two minutes of exposure. Don’t be too expansive, however. The longer your exposure, the more risk you run of flicker – that is, fluctuations of light between exposures – spoiling your shots. Another potential hazard is known as aperture flicker. This is caused by minute inconsistencies in the aperture size in each exposure, and can occur even when you are using the exact same f-number in each shot. You can reduce the likelihood of these inconsistencies by choosing as low an f-number as possible for your sequence.

Editing Your Photos With Photoshop Actions

Once you have finished shooting, it’s time to assemble your sequence. If you took RAW images, you may make any edits you want, export them as JPEGs and drop them in their own folder. They must be named in chronological number order – your camera has most likely already done this for you.
Before we put together our sequence, a quick word about making edits to your images. Adobe Photoshop has a tool called Actions that will make batch editing your time-lapse photos a simple process. To use it, open the first photo in your sequence and then go to the Actions window (select it from the Window menu if it’s not already open in your workspace). Click on the Create New Action icon at the bottom of the window.

In the dialog box that comes up, name your action, (Backyard Time-Lapse, for instance), and hit Record. Photoshop will now capture all of the edits you make to your photo and save it as an Action that you can apply to the following photos in the sequence.

Make as many edits as you need to make, but don’t forget to hit Save As while recording your Action. This will make certain that each photo is saved as part of the editing process, and will prevent you from having to save the individual photos. Also, hitting Save As will prevent you from saving over your original photo. Save your edited photo as a .jpg, putting it in a different folder so as not to overwrite your original photo. Once you’re done, hit Stop (the square located at the bottom of the Actions window).
Go to the folder you made for the .jpg you just created and delete the picture. The reason for this is because you don’t need the photo, just the edits you made that were recorded by Photoshop. The program has already saved these edits as an Action.
Now go to File > Automate > Batch, which will bring up the Batch window. In the Actions drop-down, select the Action you have just created. Under Source, select Choose and then browse to your folder of original time-lapse images. Under destination, select Choose and then select the folder you have just created. Make sure that the Override Action “Save As” Commands check box is checked. Double-check that your Source and Destination folders are not the same, or else you will overwrite your original images. When you hit OK, Photoshop will then begin applying all of your photo edits to your images.

Assembling Your Images Into a Sequence

You can assemble your sequence of photographs with a variety of different software, but for the purposes of this article, Time Lapse Assembler (www.dayofthenewdan.com/projects/time-lapse-assembler-1) was our go-to tool. It is extremely easy to use – simply select the folder containing your images and choose your encode settings.
Working with pre-rendered footage is a bit simpler than using individual photos, and less taxing on your processor, so you will want to have it in video form before playing around with the footage. For this article, we’re going to do some tweaking with the powerful Adobe After Effects.

There are some eye-catching effects you can add to your time-lapse footage. One of these is known as time remapping, and it’s easy to do in a program like After Effects. Time remapping enables you to play with the speed of your time-lapse video, and even run certain portions backwards and forwards at will.
Once you have your video clip imported to After Effects, drag it to the Composition icon at the bottom of the Project window to create a new project, or composition. Next, go to Layer > Time > Enable Time Remapping. Selecting this will add a new layer labeled Time Remap, as well as two new keyframes at the beginning and end of your clip. Dragging the first keyframe to a point later in the timeline, or the final keyframe to a point earlier in the timeline, will speed up and shorten your clip. Add a third keyframe and drag it close to the beginning of your clip, and the speed of the beginning of your video will ramp up.
You may find the transition a little too choppy for your taste. Fortunately, After Effects has a way to smooth out the time remap. Immediately to the left of your timeline, you will find a small icon of a graph with a waveform. This is the Graph Editor icon. Click it to toggle the graph editor view, and you will see your timeline in graph form, along with the keyframes.

Click on the middle keyframe to select it, then go to the icons at the bottom right. These are the Easy Ease icons. Click on the first one to toggle Easy Ease. You now have “handles” on your keyframe that you can pull and drag to affect the quality of your time remap. You can also move the keyframe itself if you want to make the transition slower or faster. A steep curve will yield a rapid speed; a gentle slope will make the pace slower.

There’s one other trick you can do with the Graph Editor and Easy Ease. Try dragging the handles so you get an inverted curve. When the playback head hits the inverted curve, you will notice the events of the video will reverse. This is a neat way to play with time in your video—you can use it to roll the clouds back, or “un-build” part of a building! You can create many interesting effects with this feature, so don’t be afraid to experiment with it. Now that you have the basics, go forth and shoot!

Jennifer Albright is a freelance storyboard artist and videographer. 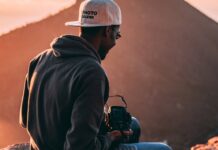 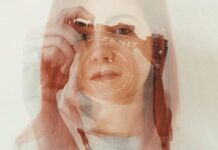 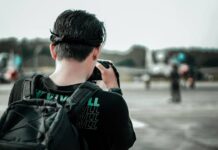 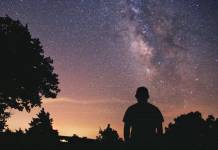 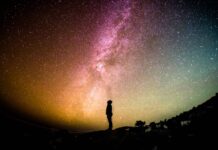 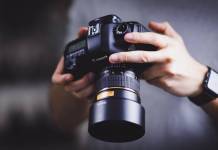