Understanding the advantages and limitations of turnkey editing systems.

Turnkey editing systems, simply put, include everything you need to immediately start editing your video projects. Not long ago a turnkey system was either a standalone appliance dedicated to editing only video or a souped up PC optimized for the rigorous demands of video editing. Nowadays, the line between the turnkey and the off-the-shelf computer may be blurring as ordinary consumer PCs get more powerful. But the video editor still needs to pay attention to specs in order to get the machine he or she needs.

Turnkey editing systems can still be categorized into two main varieties: computer-based systems and appliances. Each kind of system has its pros and cons, so picking the right system will require research into which features you find most important.

Let’s start by addressing the issue of a budget. We can break down budgets by creating general user categories. Our three categories are the casual shooter, the serious amateur, and the small-budget professional. Now let’s define the casual shooter’s budget as anything under $2,500, the serious amateur’s as $2,500-$5,000, and the small-budget professional as $5,000-$10,000.

The casual shooter is essentially the hobbyist videographer — those who don’t require professional-grade features and effects, but need to have access to basic editing tools. They shoot video strictly for personal use, such as short home video productions.

Serious amateurs need more features and control over their projects. They’re the ones spending all their spare time on video projects, often for profit, but haven’t fully leapt into the pro arena.

Small-budget professionals are 9-to-5 videographers. They need the best equipment for their dollar, so they can deliver polished, professional, broadcast-quality video to their clients.

An appliance editing system looks and functions much like traditional VCRs. For this reason alone, they often require less of a learning curve than computer-based editing systems. We’re all familiar with the universal functions of a VCR (Play, Stop, Pause, Fast-forward, and Rewind). Since appliances use many of the same controls, opting for one of these systems means you’ll be able to master it in less time than the sometimes cryptic interfaces of PC-based video editing software. Appliances are often optimized to handle video more effeciently than PC systems.

Why buy a computer-based turnkey system? Well, if you are a little tech savvy, they’re sometimes cheaper to upgrade and repair. Appliance systems often use proprietary hardware and/or software, which means you could wind up paying more for system upgrades and wait longer for service calls.

Another benefit provided by computer-based turnkeys is that they can be used for far more than merely editing video projects. These systems function in every way just like any other PC. On the other hand, if connected to the internet, this also means they’re open to the typical vulnerabilities of computers, such as viruses, worms, and spyware. A few other downsides of PC turnkeys are that their price tags don’t always include analog video capture cards and some of the higher-end editing software.

PCs are getting cheaper and more powerful so gone are the days when you might wonder if a basic system could edit video. Most PC systems today offer at least 80GB of hard drive space, a 2.0GHz or better processor, and 512MB of double-data rate (DDR) RAM.

Editing software that comes with the less expensive systems generally offers a limited number of video and audio tracks (many offering only a single track for each), which limits your ability to layer video.

Pricing differences in today’s systems often translate into timesaving features, such as various real-time effects. Basic editing software doesn’t support real-time effects, which is no big deal to the hobbyist who works on video edits as time permits. But, in the professional field, where time is money, real-time features are a necessity — but expect to pay for these conveniences. 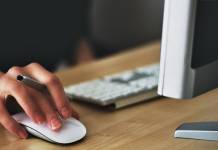