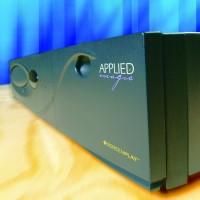 When you only want to edit and edit fast, you might consider a Video Editing Appliance.

Video editing appliances (VEA) are dedicated and proprietary devices specifically designed for video editing. They are self-contained units about the size and shape of a VCR, although they share more in common with a computer. Most editing appliances (a.k.a. standalone editors) use a mouse, keyboard and monitor and they all store digitized video on hard disks. Video editing appliances don’t do anything other than edit video. You can’t play Castle Wolfenstein on them, but you also can’t download a virus from the Internet. They’re not susceptible to spyware or hackers, they are immune to many of the money pits and petite foibles that can plague a computer and, perhaps most importantly, they’re preconfigured, which makes them much less prone to accidental tampering.

Computers are very versatile. That’s one of their great strengths. You can surf the Internet, pay your bills and play Tomb Raider all on the same computer. And most modern computers are plenty fast enough to edit video. Sometimes that strength can be a weakness, say when your newly installed audio player inexplicably causes your video capture to stop functioning or crash. Or what about that new flight simulator that takes up two gigs of disk space?

“I think that the significant advantage of a self-contained box,” says Michael Chaskes, a Los Angeles film and video editor, “at least for any user without access to on-site tech support, is that you don’t have to worry about conflicts between the software and the operating system of the computer running it. Professional editing suites have on-site tech guys who put in considerable effort to make sure their systems work.” Chaskes’ editing credits include The Learning Channel’s reality shows “Faking It” and “Junkyard Mega-Wars” and the feature films “Bringham City” and “God’s Army.” Chaskes continues, “If it were up to me to troubleshoot my own system, barring broadcast television or feature film editing work, a VEA might appear very attractive.”

Here are some of the typical components of an appliance. Knowing a bit about these features will help you in comparing and deciding which is right for you.

Kyle Cassidy is a video artist and freelance writer who lives in Philadelphia with his cats Milla and Tatiana.

Software
Timeline User Interface Whether the appliance’s software can be operated using a timeline interface, in addition to the storyboard interface. Timeline interfaces are more complex, but are often preferred for layered (composited) video production and for synchronizing audio with video.
Number of Audio and Video Tracks The numbers of audio and video tracks that the appliance’s software can manage at a time. A “u” in one of these fields indicates unlimited tracks.
Number of Transitions The number of transitions that are provided.
Number of Video Filters The number of video effect filters that are provided with the software.
Auto Scene Detection During the capture process, scene detection can optically detect scene changes or can detect jumps in the time code of incoming video.
Background Rendering Whether effects placed on the timeline automatically (and transparently) render in the background.
Keyframe Animations Whether the appliance’s software can perform simple animations of, for example, a clip’s or title’s position or the parameters of a transition.
Audio Envelopes Audio envelopes let the user vary the volume of an audio track over time. This not only lets you create fade in/out changes, but also lets you duck music beds down and up under a voiceover narration, for example.