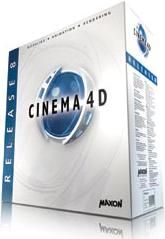 Everyone seems to like animation, be it The Simpsons, Looney Tunes, The Critic or South Park. What used to be exclusively the realm of artists who had to hand-draw parts of each frame on acetate sheets and painstakingly photograph the completed project has been revolutionized, like so many other forms of artistic expression, by the personal computer. Now, just about anyone can explore the art of animation with a modern machine and an animation software package.

There are a wide variety of animation software applications you can use to create banners, interactive presentations for the Web, animated logos, opening titles for your production or even your own animated short subject. Most are specialized for certain tasks, for example rotoscoping, Web animation or 3D characters.

Rotoscoping is the oldest animation technique that involves drawing individual frames one at a time. Of course the computer has updated the art, and products like Curious Software’s gFx have advanced drawing tools like cloning and automation that, in the hands of an artist, do wonderful things.

A number of animation software programs have a feature called "onion skin," duplicating a practice used by traditional animators using onion skin paper. With hand-drawn animation, very thin paper allows the artists to easily compare the frames that they’re drawing as they put their objects into motion. The digital equivalent makes one of the images appear subtly in the background of the animation workspace, allowing you to quickly compare frames of animation. In computer animation, an onion skin feature is a real boon, as you’ll see if you use Ulead’s Video Paint module (included with their Media Studio Pro editing suite). One benefit of animating with a computer is that you can copy and paste elements from one frame to another, which makes the rotoscoping process go significantly faster.

Web animation is a category of animation all by itself, but many of the tools used to create high quality Web animations work very well in the video realm as well. Like video editing applications, animation software generally relies on a timeline metaphor to control the presentation. Some elements of the interface have slightly different names than you may not be familiar with, but it doesn’t take too long to adapt to the interfaces of most applications. For example, Macromedia’s Director MX has operatic names for different parts of the interface, including "the stage" (the main work or preview area), "cast members" (the various media elements or clips) and "the score" (a.k.a. the timeline). Interestingly, Macromedia’s own Flash MX does call this area "the timeline."

Generally, these applications work with vector objects, which are images that are defined by their outside edges. This is in contrast with raster images, which you’d be working with when you draw individual strokes in a rotoscoping application. Vector image animation is very powerful, especially for logos and text.

Tweening (short for "in-betweening") allows you to move objects and control their characteristics automatically over time. Tweening generally involves placing keyframes on the timeline of your project and allowing the software to interpolate the animation between the keyframes. Keyframes can control anything from motion to transparency to the saturation of an object. Keyframe animation is a powerful feature that is well worth learning.

As a subset of 3D animation in general, 3D text is one of the easiest ways to get into animation for your video. Some applications, like Ulead’s COOL 3D Production Studio, include tools for building your own 3D objects, such as the lathe tool, which allows you to define the curves of an object along a line of symmetry. COOL 3D also includes a wide selection of backgrounds, textures and particle effects to help get you started.

True 3D animation requires more than just the right software. You need to be talented, motivated and a college degree in 3D graphic arts wouldn’t hurt. The software that the professionals use to create feature films is, more or less, available to everyone. You’ll need a top tier computer and a lot of time to master this art.

There are some accessible options however. Hash Animation: Master and Curious Labs Poser are two of our favorite character animation packages. Both are affordable and, more importantly, accessible. Don’t be fooled, however: these programs are at least as complex as your video editing application and require an equivalent amount of dedication.

Mixing your video and animations is not a difficult task. If you’ve already got media objects (e.g. clip art or sound clips) to use with your animation, just import them into your animation package. Not all programs can import video clips, but some can. If you want your animated objects to interact with some existing video, this is a feature that you’ll want to investigate. On the other hand, it’s not really necessary if you’re just planning to build a freestanding project, such as an animated intro or a background effect. You can composite these into your video project later.

Perhaps you aren’t really an artist. All is not lost. Just as you can find 2D clip art for your printed documents and presentations, there are animations and 3D objects that you can buy pre-made online. Complete libraries of animatable 3D objects are also available if you know where to look. Take a look at www.renderosity.com, where you can compare and buy a wide selection of professionally designed elements.

Many packages (particularly the Macromedia titles) can generate interactive productions when viewed on a computer. If part of your production regime involves creating disc-based or Web-based presentations, these capabilities will come in handy. They are not part of every package, however. Delving into the development of interactive content generally involves dealing with some degree of scripting or programming. Most packages rely on their own proprietary scripting languages, such as Lingo (used by Director), as opposed to more standardized high-level languages such as Java or C++. Scripting languages are designed to be powerful yet easy to learn and are heavy in media-centric commands.

The majority of animation programs can export completed projects to formats that most video editing packages can handle, such as QuickTime or Window AVI and you can often specify a codec, such as MPEG or DV. Some, however, output a series of individual frames that you will need to put together in your editing application.

Do It To It

The only limiting factor is your creativity. Take a look at the animation software manufacturer listing for some handy links to animation packages that can work for you. It is an entirely different discipline from making video and we’ve only touched on the most basic aspects as an introduction to the art. It’s up to you (and a different dedicated magazine) to really get you going in this art form. Still, you might be surprised how easy it can be to add animation to your projects.

Sidebar: Get Hooked by Maya

Professional animation software can be extremely expensive. Maya Personal Learning Edition represents a unique approach taken by Alias to introduce users to the world of animation software. A limited edition of the software is available for free, but it will display a watermark on your output. Once you learn enough about the software, you can buy the full version for $1,999 or the unlimited version (which adds Fluid Effects, Fur, Cloth and Live Match Moving modules) for $6,999. This is the same software used by the big boys in Hollywood, as evidenced by some prominent pieces of media that have used Maya, including Blockbuster’s "Guinea Pig" TV spots, X2 and the animated feature Ice Age.