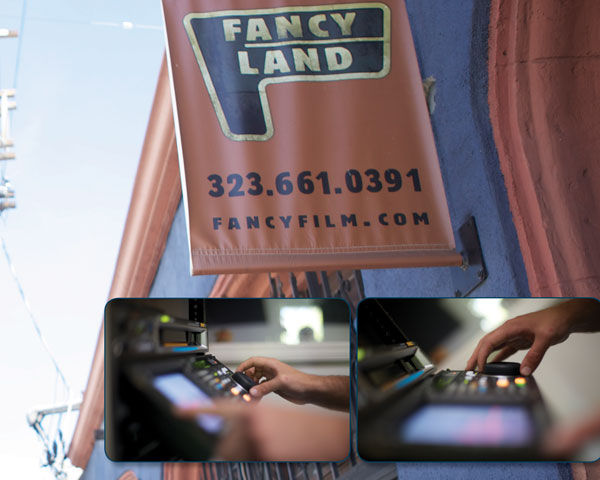 At an antique oak desk that overflows with invoices, Bill Macomber took a breather. After presiding over a stressful day that included the color grading of the History Channel series Underwater Universe, laying off the final Avid project and then rushing the masters to FedEx, the week finally closed. Whoever claimed editing was not a high pressure occupation has never stepped foot inside Fancy Film.

“In post production, the editor acts as the gate keeper,” explained Macomber, principal and lead editor of Fancy Film. “Clients pay me to deliver a perfect product. And perfection takes a lot of time and energy.”

Tucked away in an unassuming brick building in Los Angeles, Macomber’s independent post facility has accomplished the near impossible: In an era that witnessed the collapse of some of the biggest names in post, Fancy Film not only survived, but flourished. With craft, creativity and grit, Fancy Film beat the odds and now posts for many industry heavyweights. But business was not always so booming. 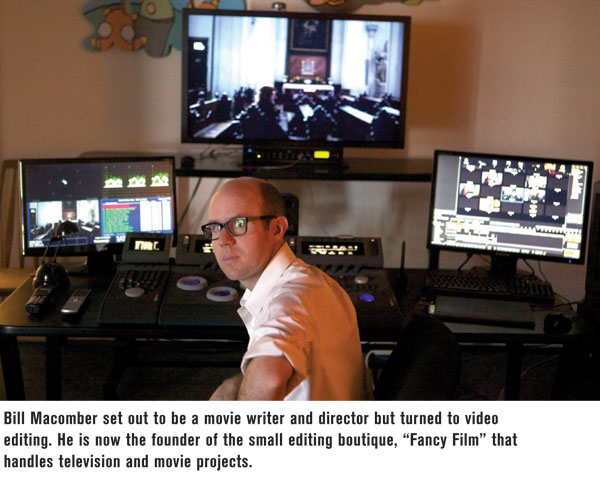 Back in 1997, Bill Macomber hadn’t even considered Fancy Film or post production. He was just another kid with a dream. Upon graduation from Wesleyan University, Macomber moved to Hollywood. Wanting to write and direct, the New York City native wrote specs and paid the bills as a production assistant. While grinding out a living on the production track, Macomber by chance landed a gig as an assistant editor.

“Assistant editors were paid better than production assistants, which is originally why I liked the job,” he recalled. “I began learning on Avid and the earliest versions of Final Cut Pro, but continued writing at night. Computers, however, came naturally to me. I was good at editing and liked its mix of creativity and technology. I was a good writer, but lacked discipline. Editing – with its strict deadlines – fit my personality better.”

Fate called and by 2001 Macomber had switched over to the ever-evolving ecosystem of post production. By mid-year he boldly founded Fancy Film with the dream of editing features and television. Nevertheless, making that first switch – and many more transformations would loom in the distance – from assistant editor to editor remained an uphill battle.

Remembered Macomber: “I was an assistant editor when I had this realization that if I ever wanted to get ahead, I’d need to strike out on my own.” In late 2001, he made a decisive decision – and investment:

“I bought my first semi-pro system: A Mac G4 Dual Core with a Kona SD card, an internal two drive SATA RAID and Final Cut Pro 1.2.5. At the time, Avid was more established, but meant buying expensive hardware – which I couldn’t afford. Where as with Final Cut Pro I could just buy the program and start editing.” More important than even the right equipment, however, was Macomber’s decision to go solo. “It was basically just me and an editing system,” remembers Macomber. “That’s how I started out: alone.”

Indeed, in Hollywood where titles mean everything, a big part of taking the plunge into professional editing is simply editing.

“The projects I first edited were not the highest quality,” said Macomber. “But I was credited as the editor; that made all the difference.” 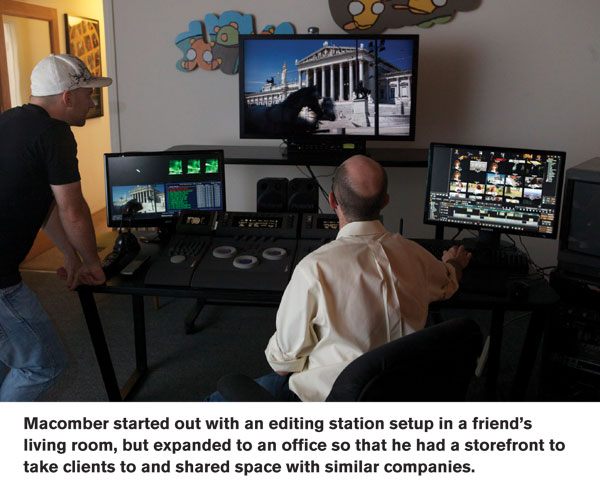 Working out of a friend’s living room, Macomber dreamed big. But to bat in the big leagues, you need a name and connections. Macomber lacked both. So he did what anyone serious about breaking into the business does: “I worked for free,” he continued. “I cut anything I could get my hands on: music videos, shorts, documentaries and wedding videos. I needed to build a reel and a reputation.”

Macomber slowly made a name for himself. He took baby steps, but being small has advantages. Explained Macomber: “Many people can operate an editing system. In a saturated market, a boutique editor needs to carve out a niche to survive.”

Macomber found his as a progressive alternative to impersonal post corporations. Beyond a profound understanding of the tools of the trade, much of Macomber’s success has been derived from the intimacy shared with his clients.

The more he carved out a niche, the more clients he secured. His big break came when he landed a gig cutting the NBC reality show Life Moments. Macomber had tutored an accomplished Avid editor on the ins-and-outs of Final Cut Pro. The Avid editor in turn recommended him to Life Moments. It was the best paying job he’d landed. He remembered: “I cut the show on a Mac G5 on a Final Cut Pro 2 system with Adobe Creative Suites. The producers were awesome, they treated the editors really well.” For many, the story ends here. Macomber cut a nationally broadcast series. Mission accomplished. Macomber couldn’t sit still.

“I’d edit the graveyard shift. So all day before work, I’d meet my own clients at the living room studio,” he said. “It was tough. Combined, I’d end up working 16 or 17 hour days.”

Why all the multi-tasking? Though network editors draw a decent salary – without the headache of running a business – to grow, Macomber discovered that you must invest.

“In the short term, it’s definitely more lucrative to be on staff somewhere,” he said. “But in the long run there is a broader future running your own business.”

To stay abreast of new technological developments, Macomber upgraded to a Mac G5, an 8 bay SATA RAID with a rocketRAID card, Kona 2 and a BetaSP deck. “I still use that Mac G5 as the server for the entire office,” he said. “And often layoff projects to my BetaSP deck. It turned out to be a real workhorse.”

But before he could squeeze another Mac Tower into his buddy’s living room, Macomber sought an office where he could build his business. 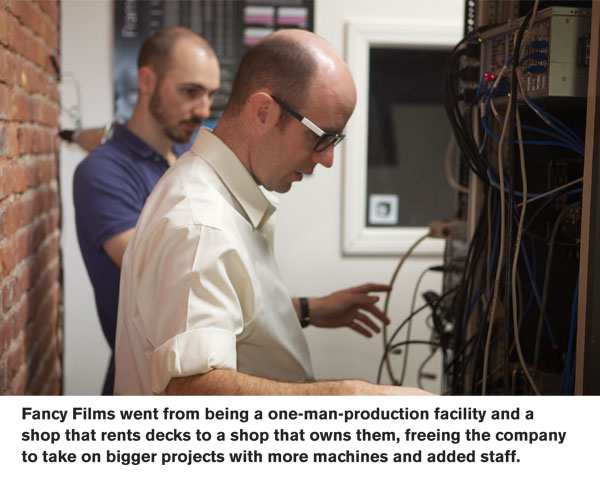 In 2003, while still working the night shift on Life Moments, he shifted to his current location. Two blocks from the historic Sunset Junction, in the artsy Silverlake district of Los Angeles, Fancy Film blends into the neighborhood. Yet even with the equipment and nascent storefront legitimacy, Fancy Film struggled.

“It was difficult to convince people to come to the office,” he said. “Earning clients’ trust was easy once I worked for them, but getting them to hire me was a challenge.”

To hook clients, Macomber offered affordable rates. He further lowered overhead by subleasing office space to like-minded production houses. Two early leasees: The Sheppard and Diligent Media, both branded entertainment companies. This proved sensible. In addition to cutting costs, they collaborated, hiring Macomber to consult and cut marketing content and corporate videos. These partnerships had the added benefit of broadening Macomber’s reel. Thus far, he remained a docu-reality editor. Now he opened his portfolio to corporate clients, too.

“It’s important for editors to be versatile,” he recommended. “The more hats you wear, the more jobs you’ll receive.”

“I’d ingest the footage, cut it on Final Cut Pro, create titles in After Effects, mix sound in Soundtrack pro and then color grade in Apple Color and finally export the master onto tape,” he said. The closer he came to honing his craft, however, the more Macomber wondered if another space existed for him within post production. After arriving in Hollywood without so much as a reel, Macomber had established himself as an up-and-coming editor with a functioning boutique post house. Yet as he looked ahead, he saw that true success would mean creative and financial control.

“The best editors have great focus and can sit in a room all day and night editing. I just do not thrive to my fullest in that situation. I adore editing, but it’s a solitary existence,” he reflected. “Personally, I wanted to balance the social aspects of running a business with the more artistic side of editing.”

In early 2009, Macomber began to find that balance. He gradually refocused Fancy Film from solely off-lining projects to also onlining them.

“In finishing, I discovered this other side to post production,” he said. “Though I still edit, I’m moving more towards film finishing: formatting projects for festivals and broadcast, laying off to tape and color grading.” To secure Fancy Film‘s latest transformation, Macomber again invested in new hardware. Whereas in the past Fancy Film onlined projects using Apple’s Color, Macomber elevated his game with Digital Vision’s Nucoda HD. Jumping from Color to a Nucoda is sort of like trading in a Honda for a Maserati. Blockbusters such as Skyline and The Chronicles of Narnia were colored on the Nucoda. In addition to creating a highly stylized look, the system, which processes effects in realtime, makes color grading much more time and cost efficient. Likewise, he purchased tape decks.

“Fancy Film went from being a shop that rented decks to being one that owns them,” he added. “Owning tape decks frees me to take small jobs, which often grow into larger jobs by connecting me with clients. That would have been economically infeasible had I needed to rent decks.”

With the slate of recent purchases, the calender hanging on the wall at Fancy Film only darkens with ink. All the transitions Bill Macomber has undergone – from dreamer to assistant editor to freelancer to editor to film finisher – illustrate an editor unwilling to settle.

“I’ve always believed change is a good thing, especially when it comes to post production,” concluded Macomber. “It keeps my job very interesting.”

Sammy Loren is a filmmaker and journalist based in LA. Find him at www.sammyloren.wordpress.com 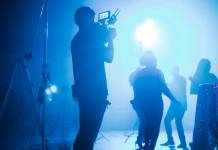 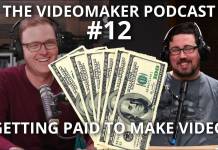 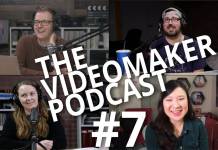 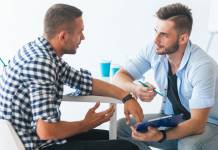 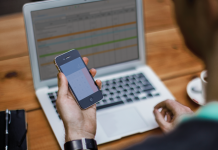 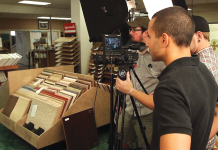