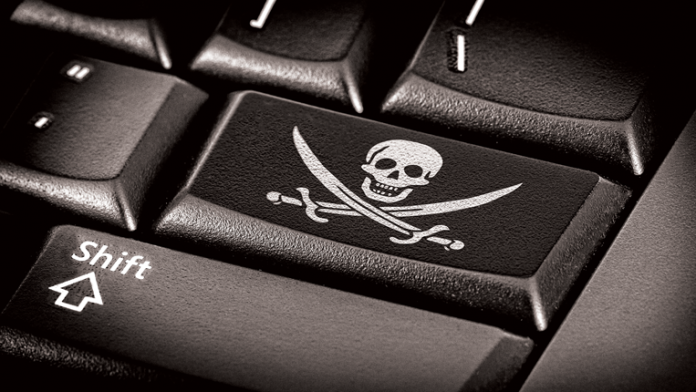 Raise your hand if you’ve ever unlawfully downloaded a piece of content from the internet. Though no one is proud to admit it, piracy is becoming an increasingly mainstream method for accessing TV shows, music and videos online. As technology is rapidly advancing, the methods through which media is being shared and distributed are continually undergoing change. This also means major shifts in the way videomakers access, market and share their work. In the last decade as internet has become easily accessible for the masses, problems have grown for copyright owners trying to keep their content safe online, especially within the entertainment sector. Despite numerous efforts from special interest groups to limit online access to pirated content, users continue to find ways to illegally download content via peer-to-peer sites. The default opinion seems to be this: piracy negatively affects filmmakers because it’s bad for profits.

What’s yours is mine.

Peer-to-peer (P2P) networking is the most common and well-known method for sharing content. In peer-to-peer sharing, users can upload files to a file-sharing network using torrent software, and others can then access and download them using the same software. The primary issue is that nothing prohibits users from sharing content that doesn’t belong to them, thus stripping the true content owner of their ability to control how the work is distributed.

Don’t give your whole work away for free, but expose enough to hook viewers and gain their interest.


However, despite the negative connotations and potential setbacks for filmmakers, there are advantages to the development of open-source sharing as well. Bold, independent videomakers who are thirsty to share their work can utilize piracy as an opportunity to increase their visibility and diversify their audience. At the core, the goal is to gain viewership through whatever means possible. In simpler terms, if you can’t beat them, join them.

In recent years, dozens of films and TV shows have gained cult popularity due to the accessibility of their content via torrents and peer-to-peer sharing networks. Take the wildly popular HBO series “Game of Thrones” for example. The gritty TV fantasy/drama gained a massive fan base after receiving a monstrous amount of online buzz. According to Forbes Magazine, “Game of Thrones” was the most-pirated show of 2012, likely due to the difficulty for viewers to access the show via legal methods. The series wasn’t made available on any major streaming sites, such as Hulu, Amazon, Netflix, iTunes, etc., leading many viewers to illegally download episodes as the only means for watching.

In the pre-piracy age, viewership would have been limited to an exclusive group of HBO subscribers, but for creators David Benioff and D.B Weiss, piracy gave their show more clout for growing a massive fan-base. One of the show’s directors, David Petrarca, told The Sunday Herald that he wasn’t bothered by the massive piracy, claiming that the show thrived from the “cultural buzz.” In other words, any exposure is good exposure, regardless of  the method by which it was obtained.

Whether or not a large portion of the “Games of Thrones” audience are subscribed to HBO, the series has undoubtedly skyrocketed due to the number of voracious fans following the storyline. Despite the argument that a loss of HBO-only viewers results in a loss of revenue for the network, the diehard fans of the show are a also prime market for physical merchandise. The HBO Shop website sells a plethora of “Game of Thrones” collectables and gear, ranging from novelty items such as mugs and t-shirts, to figurines and memorabilia.

Major TV network producers and directors aren’t the only ones seeing a popularity gain due to illegal downloads; the opportunities for lesser-known, independent filmmakers to gain visibility through online buzz has increased as well. The creative minds behind the indie film “X’s and O’s,” a romantic comedy that was originally self-released on Amazon, gained overnight attention when the movie was uploaded by a user to a file-sharing site. At the time of the film’s original release in 2009, the creators saw an underwhelming response in viewership, but after being shared on a torrent site known as BitTorrent, the filmmakers suddenly saw an estimated 150,000 downloads in a single week. While this method of distribution wasn’t what the creators originally planned for, they were thrilled to be receiving such acclaim for their work. The film even began to climb the rankings on Internet Movie Database and receive critical feedback from viewers. Christopher Hill, who edited the film, told Media Decoder that he joked “[Director Kedar Korde] made a $850,000 viral video.”

In the case of “X’s and O’s,” the film was made available for torrenting via a user and unbeknownst to the creators, but given its overnight success, the situation begs the question: how might have things been different if the filmmakers had utilized file-sharing as a purposeful method of distribution? Perhaps lesser-known, independent filmmakers can harness similar tactics to leverage their work in hopes of encountering similar success.

One method of open distribution that filmmakers have already been employing for years is creative commons licensing. Branding work with creative commons licensing gives creators the option of sharing certain pieces of their work for others to reuse. This is also beneficial from a production standpoint, as other filmmakers can access creative commons clips, sounds, and music to include in their own projects. The creator has the power to decide which portion of work they’d like to copyright and keep for personal use and what portion to include as creative commons. Major streaming sites like Youtube and Vimeo have incorporated Creative Commons libraries in recent years, making it easier than ever for filmmakers to access and share their content.

Consider it from this perspective: you, a small, independent filmmaker, are looking to gain an audience and improve your reach. In order to get your name heard, you offer a portion of your clips and content under creative commons licensing. This gives your the ability to leverage your work by allowing fellow creators to access it. Sharing creative commons content also increases the opportunity for sharing and collaboration with like-minded creators who share similar interests in subject matter or production style.

Another option is to utilize freeware/donationware models to distribute content. Thousands of businesses, most notably software and game companies, have seen great success using freeware models wherein the company offers a slice of the product at no monetary cost. Think, for example, of smartphone applications. Many developers offer a free version of their app that has restricted access or length of use; the idea is to give the user a taste of the software while still requiring a purchase to be granted full usage or to access certain features. The same “freemium” model can be used for filmmakers trying to walk the delicate line between gaining exposure and still being profitable. Don’t give your whole work away for free, but expose enough to hook viewers and gain their interest. Offering a “freemium” option can encourage users to purchase content once they’ve seen a sneak preview.

Despite the opposition many individuals, professionals, and companies alike have to illegal piracy, trends suggest that peer-to-peer file-sharing isn’t disappearing anytime in the near future. As time goes on, new methods for on-demand viewing and video streaming are born nearly constantly, making the challenge for filmmakers to stand out as difficult as ever.

While it’s apparent that internet piracy can have negative financial consequences for larger, more established companies, it can be also be argued that there are opportunities for up-and-coming filmmakers to benefit. Your opinion on the subject may come down to a single question: what is most important for your film, optimal exposure or maximum profits?

Lina Raffaelli is a freelance writer and photographer from central California and a recent graduate in Communications & Media Studies.