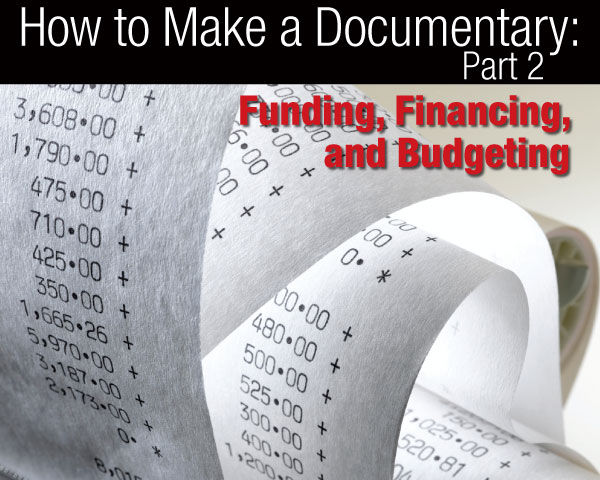 Why are you making a documentary? In other words, who do you want to see it? As with every step of filmmaking, you have to ask yourself, “Who is my audience? How do I reach them? How do I impress them/hold their attention long enough to get them to the credits?” It’s easy to say I am going to make a documentary on Antarctica and its going to air on The Travel Channel. Making that video and actually having it aired, anywhere, is a much bigger challenge. In part two of our four part series on How to Make a Documentary, we look at funding, financing and budgeting.

The True Cost of Filmmaking

If your dream is to have a piece on PBS, the Public Broadcasting Service, will you need to employ an online editor and what will that cost you? If your dream is to compete for an Oscar in the feature length documentary category, does The Academy of Motion Picture Arts and Sciences require that your film run in a movie theater and for the final print to be in celluloid? You need to know these requirements and you need to know what they will cost you.

The answers to these questions can be found from our friend the Internet. But even if your aspirations are more humble, your doc will cost money to produce. Tape stock, hard drives, gear you don’t own (e.g. Lavaliere mics, lighting gear), unique accessories for your camera, (e.g. protective rain coat, wide angle lens), compensating those who help you, (if only with a meal if you are not paying them), travel costs, stock footage, music rights… The list goes on and on. Even if you are a Jedi master of the low budget, you will eventually incur costs. So we need to plan every step of our production, we need to know what each step will cost and we need to figure out a way to fund it. 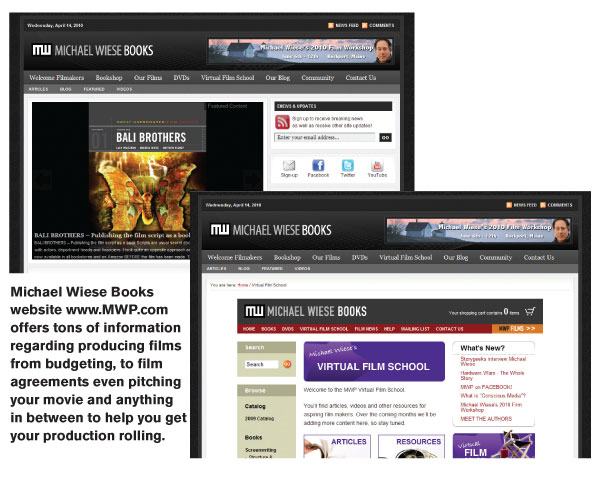 Before we start kicking the wall yelling, “show me the money!” like Jerry Maguire (Tom Cruise in Jerry Maguire, 1996), we’re going to need to put some numbers to paper. Why bother? For a number of reasons: It helps you pre-plan and understand what you are going into, helps others understand the cost of financing your work and it shows funders that you know what you are doing. Depending on your needs, your budget might be half a page long typed into a word processing document or it can take the form of a forty page, itemized spreadsheet. If you are asking your mother for money, the first model may suffice. If you are applying for an ITVS (Independent Television Service) grant, you better use the latter.

There are many excellent books on budgeting. Michael Wiese Books have a number of budgeting and financing resources as well as free, downloadable sample budgets at the Virtual Film School area of his website. Adjust his spreadsheet and plug in your own numbers.

How to Make Them Part With Their Cash 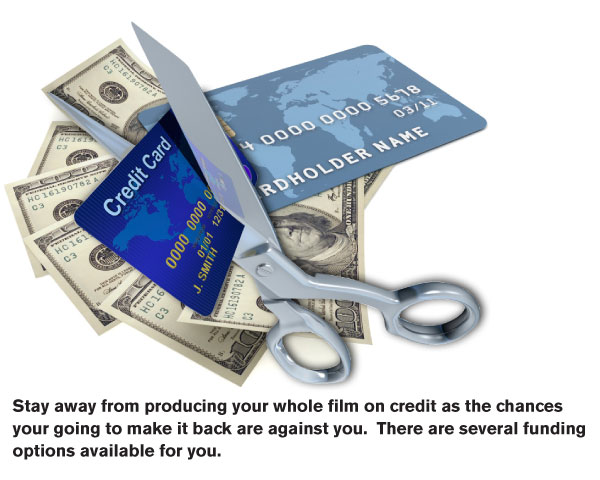 Here is a question for you: Will you give me $60,000? (if the answer is yes, please contact Videomaker immediately and ask them where you can send me the check). Chances are you answered, “no.” Or at least you were hesitant and questions popped into your head such as, “will I get the money back?” Is the subject of the film something I believe in? Or simply, “What’s in it for me?” Getting any amount of money out of anyone is a challenge, and it should be. Why is an individual or organization going to empty their wallet or bank account to give their hard-earned money to you? Put yourself in their shoes.

You can ask your Uncle Jerry for the money. After all, he is loaded. But put yourself in his loafers. Why would he do this? Or you could write a letter to multi-million dollar corporation and ask them for money. But what is in it for them? Lets look at a few funding models that have actually worked.

Here is some concrete advice I can give you with confidence: don’t fund your whole doc on a credit card. The odds of making money on your video, even when the interest rates were closer to something remotely reasonable, are and were very much against you. Lets look at some other ways to raise money.

I had the good fortune of “employing” one of the Bay Areas best film fundraisers to be an Independent Study advisor as part of my graduate degree in filmmaking. I’ll never forget one of the first things she said to me. I was hoping to apply and receive grant money to fund my ultra low budget documentary, and after looking at my proposal and budget she asked, “would it be easier and quicker to save this amount by flipping burgers for minimum wage than to put in all the time and effort it would require to secure these grants?” Truthfully, I hadn’t thought of that. 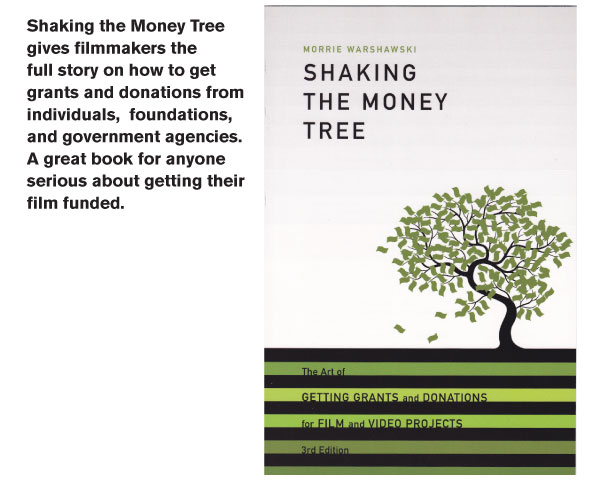 There are countless grants in our country and around the world waiting to find a project. Let me repeat that another way: there is money out there trying to find you! This is true, but getting this funding will take work. Here is the deal in a nutshell: Though it is possible to get a ‘personal’ grant, there is exponentially more money for 501 (c) (3) tax-exempt, charitable organizations. What in the name of Ken Burns is a 501 (c) (3)? To the Internal Revenue Service, it’s a organization that can accept money and give the donor a tax exemption, simply speaking. This stimulates giving.

The Fiscal Sponsor Directory, can help you find a 501 (c) (3) who, if they accept your project, will charge a “handling fee,” usually around five to fifteen percent, to act as your fiscal sponsor. Now, if Uncle Jerry or Microsoft wants to give money, they can receive a tax deduction for their charity. And better, it opens the door for a plethora of grants.

Next comes – you got it – “show me the money.” A good place to start your search for a grant is The Foundation Center. They have offices with helpful librarians in many of the big cities, but their website is a robust tool as well. Like we stated earlier, this is a work intensive route, but if you need a good amount of money, this is one way to get it.

An invaluable bible for all things fundraising is Morrie Warshawski’s Shaking the Money Tree: The Art of Getting Grants and Donations for Film and Video. Now in its third edition, the sub-$30 book will is well worth the investment.

Documentaries cost money to make, whether it is $5.00 for a MiniDV tape or airfare for your ten-person crew to Antarctica. There are a number of ways to get that money, all of which are going to take some time and effort. But most things that are worthy don’t come easy. So before you roll camera, you most likely will need to crunch some numbers and put together some form of information package to sell your documentary idea.

Our next installment of “Make a Documentary” will finally get you up and shooting as we look at the what you’d need to shoot and edit your masterpiece, and following that the final installment will focus on distribution. Once you have your doc in the can, how are you going to get it seen? Important things to consider.

Funding gets easier as you build your body of work, assuming it is of decent quality or better. Individuals or organizations are more willing to part with, invest, or loan their cash if they have confidence that you can actually finish a documentary and get it seen. Start small. Enter and win a short film festival (there are some festivals that will only take a film that is one-minute or less). Enter competitions such as those found on tripfilms.com or poptent.net, where top filmmakers actually make money. Or compete in one of these twenty-four hour type film challenges and win (CinemaSports, 48 Hour Film Challenge, Filmarica Challenge or Film Racing).