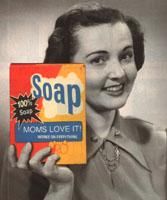 Television commercials make their way into our living rooms every day. In some ways, they represent the pinnacle of the craft of videography, because most must convey their message clearly and persuasively in thirty seconds or less.

Beginning videographers can learn a great deal about the craft of video production by simply watching commercials. But they can learn even more by shooting a few. All it takes is a basic understanding of the product (real or imaginary), and of the audience at which it’s targeted. Add a camcorder, your creative ideas and an afternoon’s work, and you’ll likely gain a new appreciation for the amount of work that goes into a simple 30-second spot.

Each year companies spend millions of dollars producing television spots designed to sell a product or promote an idea. Although it may seem that high-dollar commercials are the ones that make the biggest impressions, that’s not always the case. In fact, simple can be better. The key to a successful commercial spot is to make sure that the viewer receives the message.

While some commercials are loaded with lots of shots to speed up the excitement, most commercials average 15 to 20 shots. Counting the number of shots will give you an indication of pacing.

The following script and storyboard, Big Bucks Lotto, illustrates how easy it can be to create a 30-second commercial without a Spielberg budget. All you need is a female actor, a cat and a comfortable-looking house. This is a no-frills commercial that most working people can relate to. Furthermore, it paints an image for viewers of the consequence of buying the product (lottery tickets).

Big Bucks Lotto begins with a woman who is facing a typical Monday workday. As the commercial progresses, she discovers that she has won the lottery, and so no longer needs to worry about going to work that morning. The spot begins with several CU (closeup) shots to establish subjects and items in the house that are serene and comforting. We focus the viewer’s attention on the woman in the bedroom, using by medium and full shots. As the commercial continues, a series of medium and closeup shots underscore what the commercial is about.

The lesson underlying this mock commercial is that every good video achieves its goal, in this case, to inform and persuade the viewer, quickly and concisely.

7. FS sitting up in bed/rollers in hair

9. MS reaching for glasses/ putting on

10. POV Blur to focus on lotto ticket next to radio

12. FS turning off radio/ laying down


15. GPX Keyed: The perfect cure for those Monday

The perfect cure for those Monday 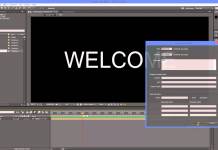 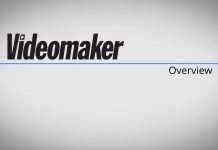