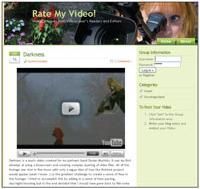 A few years ago, we started our Videomaker Presents weekly vidcast that combined News, with our Tips & Tricks segment and Take 20, an offering of reader-viewer submitted videos critiqued by the editors of Videomaker. Rating points were based on excellence or technique in lighting, shooting, editing, sound and storyline. We shared the videos and our comments on the show. Take 20 and Tips & Tricks were both popular segments, and about a year ago we broke “T&T” out to live on its own and now we’re bringing back the popular viewer critique segment with Rate my Videos.

Everyone can learn and grow by watching other producers’ videos. The opportunity to have real producers, some at the highest levels of Hollywood production, critique your video is an invaluable chance to improve, finesse, and sweeten your skills. Check it out. 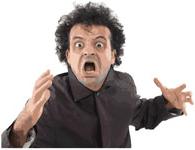 Have you had a successful producing year? Has everything gone smooth as silk? Every time? We rather doubt it, as all videographers have something go wrong on a shoot at least once! There’s a wedding superstition that if everything goes off as planned, if at least one thing doesn’t pan out as it should, then you’re cursed to have problems in the marriage. Well, we hope that’s not true, but we do know that when there’s a volatile combination of camcorder, tripod, lights, mic and civilians (you know, all those non-videophiles!), then something is bound to go wrong. So… What’s your beef?

The time has come to spill… and share with fellow readers your oops, goofs and gaffs for our annual Videomaker Horror Stories.

Write us a short paragraph or two describing, in fewer than 150 words, your video horror and how you, oh-so-cleverly, remedied the situation, and we might include it in our own Video Horror Stories in the October 2008 issue. Please send all submissions to editor@videomaker.com and write “Video Horror Story” in the subject heading. All stories must be received by July 1st for consideration in our upcoming article.

Reality TV is now becoming interactive TV. Producer Steven Binko has come up with a brilliant idea: an interactive live reality show where you, the viewer, have the chance to decide the characters’ fates.

The Escape brings eight contestants together at an unfamiliar location; their only goal is to escape. This show will be live, enabling viewers the chance to talk to, and, perhaps, help or hinder a character’s escape. Online voting began on Bink’s website, www.stevenbinko.com, before the show was even officially launched, rendering more than 10-thousand hits in its first few weeks. The Escape series will launch later this year on BlogTV.com, with hopes of creating a national audience. Interest has already been stirred with a YouTube page.